News reports have come in the afternoon of Jul. 3 that two RAF Tornado GR4 aircraft have crashed into the Moray Firth off the Eastern coast of Scotland.

The RNLI (Coastguard) has released information that two aircrew have been rescued from the water and have been flown to hospital in Inverness whereas the two remaining aircrew remain at the time of writing missing.

The incident is thought to have taken place shortly before 13.50 local time as this was when the alarm was raised and shortly after an RAF SAR helicopter plucked the pair of flyers from the sea.

Three lifeboats have been searching an area 25 miles (40km) south of Wick in the Beatrice Oil Field, which has an oil platform and a gas platform along with two experimental offshore wind turbines.

No further details have been released at this time.

A mid-air collision must be considered among the possible causes of the incident. 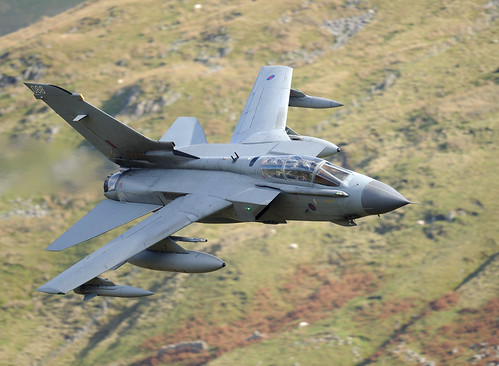