Tinian, is one of the three principal islands of the Commonwealth of the Northern Mariana Islands, in the Pacific Ocean. It is located about 5 miles (8 km) to the southwest of its sister island, Saipan, and has a land area of 39 sq.mi. (101.01 km²).

On May, 23, four F/A-18D Hornets from Marine Fighter Attack Squadron 121, Marine Aircraft Group 12, landed on the island of Tinian’s West Field during Exercise Geiger Fury 2012: they were the first jets to have ever landed on the tiny island using an M-31 arresting gear set-up assembled for operations on coral terrain.

A kind of arrestment that was never done before but could be useful to turn an abandoned WWII airfield on an atoll into a full operationational forward operating base capable to launch jet sorties: disperse the Marines combat planes across the Pacific and make them available to perform close air support could be important in case of local war in the region.

Obviously, there will not be short take off and landing ops in the future, when the service will replace its Hornets with the STOVL F-35Bs.

Noteworthy Tinian island played a role during WWII: it was from the local North Field that B-29 Superfortress bombers from the 509th Composite Group carrying the atomic bombs Little Boy and Fat Man were launched against Hiroshima and Nagasaki.

The training activity gave the opportunity to establish the effectiveness of the coral set up of the arresting gear: the F-18s took three arrestments each on the improvised expeditionary airfield in less than one hour and 15 minutes. 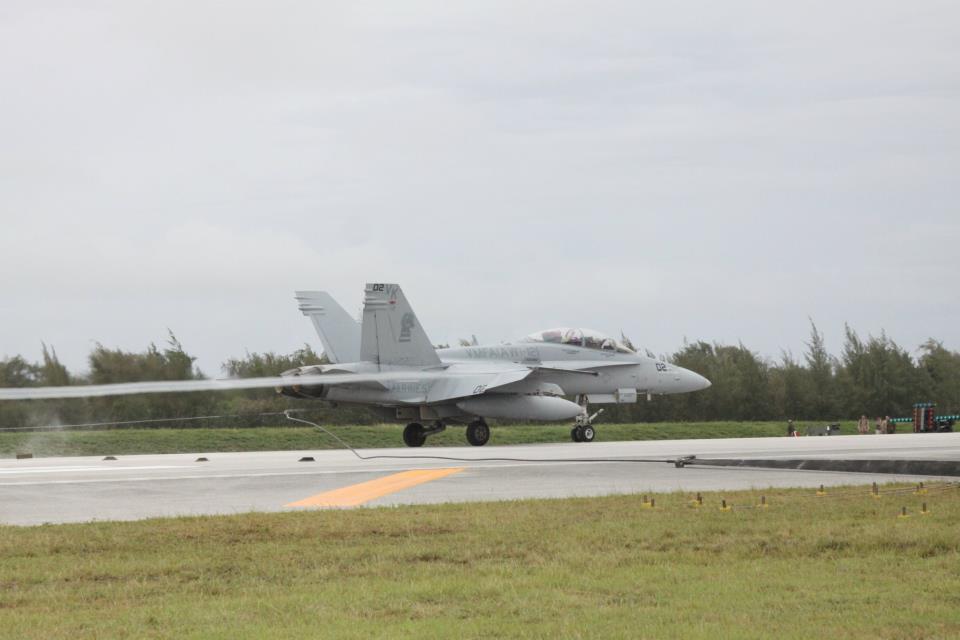 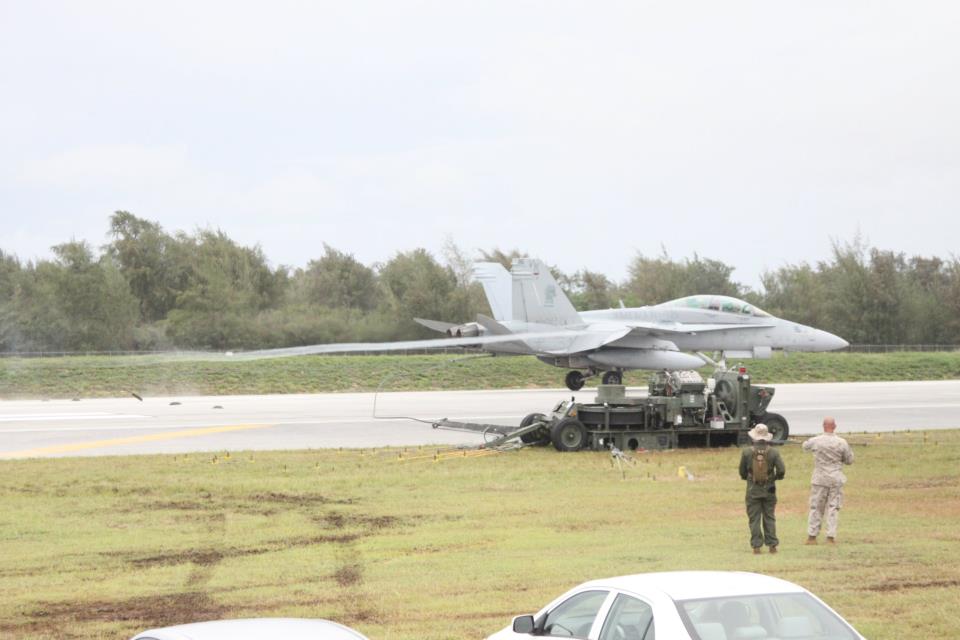 An F/A-18E From USS Nimitz Has Crashed In Bahrain. It’s The 11th Major Incident Involving A Hornet In The Last 14 Months.

Yet another “Rhino” has crashed. It’s the second Super Hornet this year, the fourth one since May 2016. As you probably already know, an F/A-18E of Strike Fighter Squadron (VFA) 146  assigned to the USS […]

"F-35C unable to land aboard aircraft carriers" report says. U.S. Navy and Royal Navy have something to be worried about.

As highlighted by an interesting article published on F-16.net, among all the other flaws listed in the JSF Concurrency Quick Look Review dated 29 November 2011 (an official document recently leaked), there is one issue […]

On Oct. 2, twelve F/A-18 Hornet aircraft from VMFA-115 arrived at Lajes Field, Azores. Marine Fighter Attack Squadron 115, also known as the Silver Eagles, were on their way back to Marine Corps Air Station […]