On May 23, the Parade of Ships  marked the first day of the Fleet Week New York.

During the parade, 23 Tall Ships and Warships made their way from The Statue of Liberty, past the World Trade Center site to Manhattan’s West side.

The following image shows the U.S. Navy’s Blue Angels demo team overflying the USS Donald Cook as it enters the New York Harbor during the Parade of Ships. 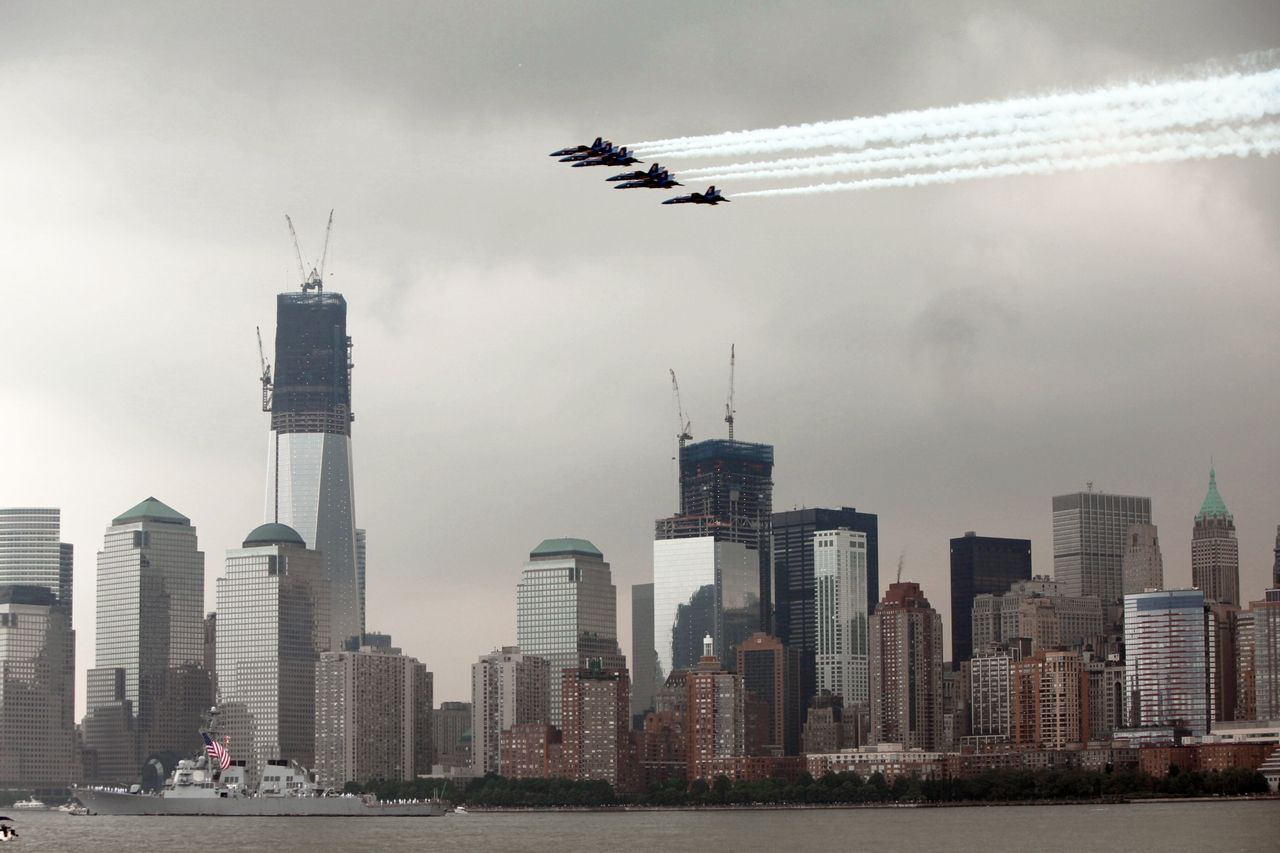 Can you believe they can fly that close? Impressive. The following video was filmed aboard Blue Angel 4,  in the “slot” position,  at the back right hand corner of the Angels’ diamond formation. It was […]