The Royal Family and senior UK politicians may consider using one of the RAF’s “Voyager” Airbus A330 tanker aircraft for future foreign trips after a rather embarrassing trade trip to Indonesia caused a huge row.

David Cameron and his aides made the trip during the Easter period to drum up trade for European built Airbus planes (11 Airbus 330 aircraft for Garuda Indonesia airlines) using a “rented” Boeing 747. Insult was added to injury when it emerged that the lease was given to Atlas Air, a US based company, and the plane used for the journey was owned by Sonair, an Angolan carrier banned from European Union airspace over safety concerns. 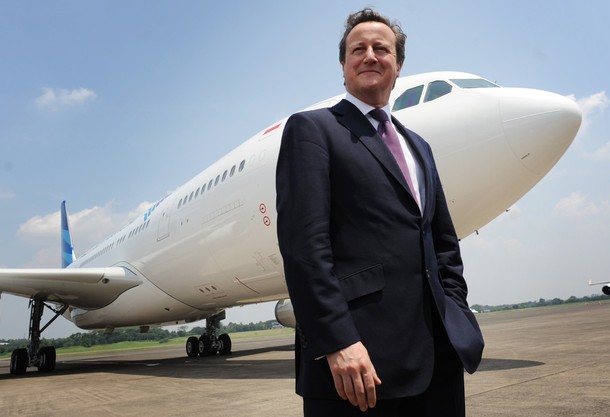 Cameron’s advisors were quick to point out that they usually charter British Airways or Virgin Atlantic for foreign travel, but both airlines were busy Easter holiday and were unable to support the trip.

Since it is at least weird that a business delegation trying to support Airbus planes sales uses chartered Boeings, Britain’s aerospace lobby group said that proposals were being drawn up to let Britain’s VIP to use one of the modified A330 airliners.

According to Reuters, Robin Southwell, head of the UK aerospace industry’s lobbying association and also head of Airbus’ parent company in the UK said: “he would propose the alternative use of the Royal Air Force jets when not needed for refuelling missions.”

The RAF’s fleet of 14 leased Voyager aircraft can be used to refuel other aircraft or carry troops or casualties, pretty much the same as the current VC-10 and Tristar tankers. Voyager takes this one step further in that the refuelling pods under the wings can be removed to make the plane a little less military looking jetliner in RAF colours.

It has to be said that a Voyager in RAF low-vis grey will not look as stunning at President Obama’s VC-25As Air Force One or other European leaders’ Airbus based aircraft.

Anyway, before using them to support diplomatic lobbying, maybe the UK should try to use them to refuel its Tornado strike planes that experienced worrying leakage problems during recent aerial refueling tests. 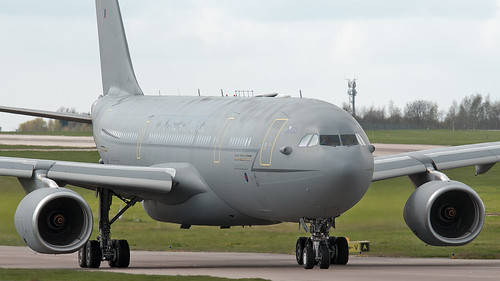 Air Force One for sale!

Unfortunately, the title does not refer to the famous highly modified Boeing 747s (designated VC-25 by the U.S. Air Force) that is used by President Obama as these planes have undergone many upgrades, and will […]

Once the third busiest airport of the world, the Kai Tak International Airport was the international airport of Hong Kong from 1925 until Jul. 6, 1998 when it was replaced by the Chek Lap Kok. […]

For the real aviation geek: F-22s, F-15s and B-2s filmed "in action" during Red Flag. From the ground. With audio.

Clear skies, contrails, a radio receiver tuned on the boomfreq, three KC-135 tankers and a lot of thisty receivers taking part to the Red Flag exercise. These are the things that make the following one […]