Did you know that Cuba was involved in the Angolan Civil War?

Kangamba, a 2008 Cuban movie, recounts one of the most important chapters of Cuba’s large-scale military intervention in the wars in Africa in support of the leftist liberation movement.

The story takes place in August 1983 when the Cuban troops intervened to defend a hamlet near Cangamba, where a unit of the Armed Forces for the Liberation of Angola (FLAPA) had settled, from the attack of the National Union for the Total Independence of Angola (UNITA), the US-backed liberation movement supported by South Africa.

What’s really interesting about Kangamba “one of the most serious and dramatic movies” Fidel Castro has ever seen, is a series of in-flight footage showing Mi-17s, An-26 and Mig-21s wearing the same camouflage scheme and markings used during the African ops, including the Angolan colors on the fin.

Here’s an image published on this blog  (thanks to Emiliano Guerra for the heads-up) showing an armed Cuban Mig-21 in Angolan markings performing a low altitude flyby on a Cuban beach during the filming of Kangamba. 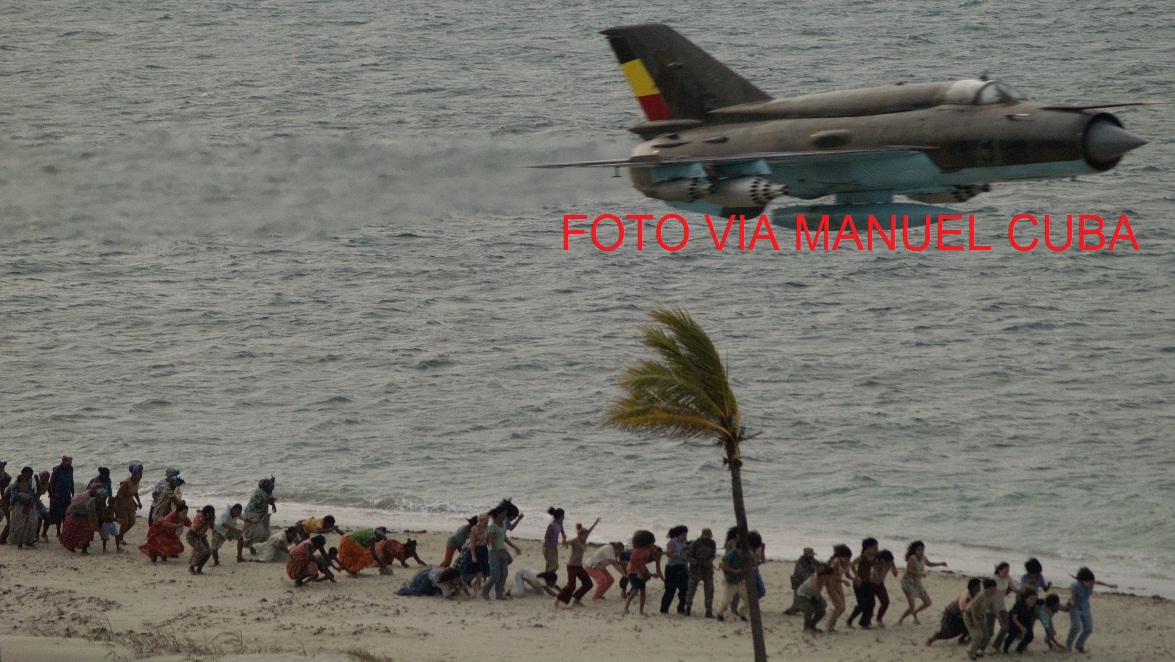 Much details of the Cuban involvement in Angola, with plenty of images and details about the Mig-21MFs and other planes flown by Cuban pilots that were applied the Angolan national colours on the rudder, can be found in one of the most interesting book I’ve read lately (my Twitter followers already know about it since I had to tweet an enthusiastic comment as soon as I’ve received it): African MiGs Vol. 1 – Angola to Ivory Coast. Along with Vol. 2 – Madagascar to Zimbabwe, this volume, by Tom Cooper and Peter Weinert, with Fabian Hinz and Mark Lepko, published by Harpia, examines the role and deployment history of MiG and Sukhoi combat planes (as well as their Chinese derivatives) in Sub-Saharan Africa. 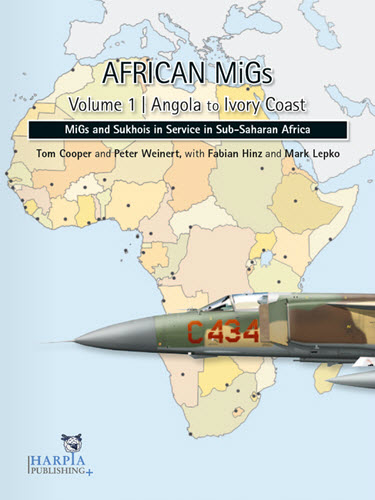 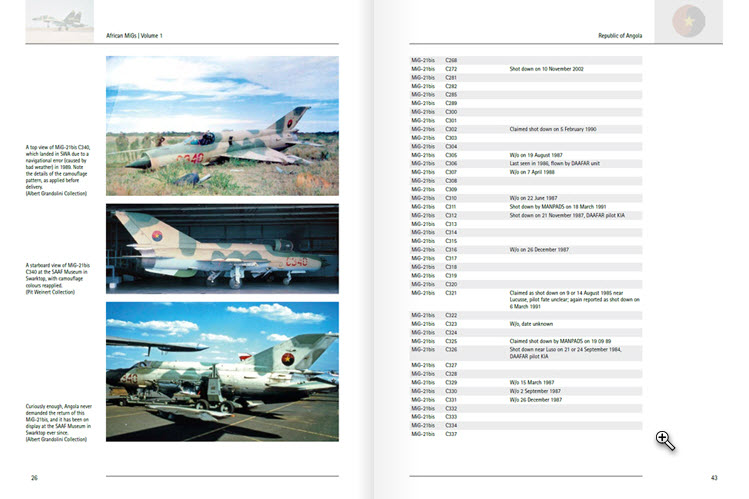 Dealing with the battle of Cangamba, African MIGs Vol I recounts that the “Cuban Migs” operated out of Menongue and Kuito and flew more than 230 combat sorties, making extensive use not only of unguided rockets, but also of napalm and FAE (Fuel Air Explosive) bombs and CBUs (Cluster Bomb Units).

Vladimir Putin said that Russia will not reactivate the radar reconnaisance station in Cuba. Last week Russian newspaper Kommersant reported the news (that has been circulating for at least a couple of years) that there […]

The Syrian Arab Air Force gunships, “only” used to fire rockets against the Free Syrian Army (FSyA) so far, have started to drop bombs on Homs and Damascus. The following video is the last of […]