Even if some images have been disclosed in the most authoritative military forums (ACIG, Militaryphotos.net, etc), there are not so many videos about the Algerian Air Force Sukhoi Su-30s on the Internet.

One was posted on Youtube on Mar. 30, 2012. It’s a bit long (about 7 minutes) but, from min 04:00 you’ll find extremely interesting footage of the Algerian Flankers being refueled by Il-78 Midas

The 28 Algerian Su-30MKA are based at Ain-Beida airbase, in the northeast of the country while the six Il-78s tankers of the Algerian AF are based at Boufarik, 25 km southwest of Algeri.

Here’s a screen dump from Google Earth showing a line-up of Il-76/78 at Boufarik (at least two are Il-78 since underwing pods are visible from the satellite imagery). 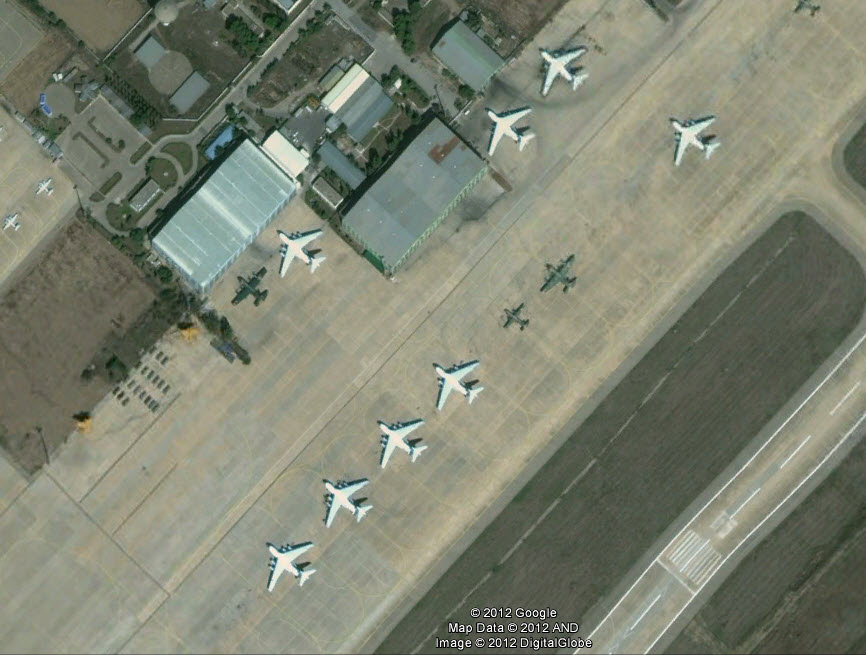 From the combat pilot’s point of view: mission over Afghanistan

The following video gives a hint of what a standard day of pilot deployed in Afghanistan looks like: high performance takeoff with an armed plane (in this case an F-16C belonging to the 177th Fighter […]

Uploaded on Mar. 24, 2012, these videos show the made-in-Iran drone, known as “Pahpad”, taking off and operating from Hamah airbase in the city of Hama, in the west part of Syria, north of Damascus. […]

The new MQ-25 unmanned tanker achieved the important milestone by refueling a U.S. Navy F/A-18F over Illinois. The MQ-25 Stingray performed the first ever air-to-air refueling operation between an unmanned tanker and a manned receiver […]