On Mar. 15, for the first time ever at NASA’s Dryden Flight Research Center a Ikhana MQ-9 unmanned aircraft (modified Reaper) flew with an Automated Surveillance-Broadcast, or ADS-B transponder.

It was the first time that an unmanned aircraft the size of the Ikhana with its 66 foot wingspan and 10,000 pounds take off weight has flown using the aircraft tracking device that all aircraft operating in certain U.S. airspace will have to adopt by 2020 to comply with New Federal Aviation Administration (FAA) rules.

The tests were part of a project named UAS in the NAS which is shortened for the full name of Unmanned Aircraft Systems Integration in the National Airspace System.

NASA launched the Ikhana from Dryden and flew it over the Western Aeronautical Test Range, which forms part of Edwards Air Force Base and China Lake Naval Air Warfare Center. This first flight took some three hours and the new equipment was found to have performed well: the ADS-B enabled NASA the ability to gain much more detailed information which would in theory be given to Air Traffic Controllers and airborne pilots in other aircraft equipped with ADS-B flying with the vicinity of the UAV (even if, currently, only air traffic controllers can see all the aircraft broadcasting ADS-B data in a given part of the sky).

Indeed, the ADS-B system uses a special transponder that autonomously broadcasts data from the aircraft’s on-board navigation systems about its GPS-calculated position, altitude and flight path. This information can be received by ground stations, by other nearby aircraft  enhancing situational awareness.

This first flight of the ADS-B equipped Ikhana is the first in many planned flights to gain data whilst doing simulated real world tasks. During this first flight and as part of a collaborative effort, FAA’s William J Hughes Technical Centre in Atlantic City, N.J recorded the ADS-B data and will help NASA analyse the performance and accuracy of the system fitted in the aircraft.

This first flight was also a test for new ADS-B laptop software (much similar to the software used by aircraft enthusiasts all around the world to track planes as they broadcast information to anyone able to receive it) for the UAS pilots on the ground to view information of the surrounding air traffic whilst Ikhana was airborne.

Strangely, the Ikhana flight could not be tracked on either FlightRadar24.com or Planefinder.net.

“ADS-B is a cornerstone capability required in the NexGen, and understanding its performance and suitability for integrating unmanned aircraft into the national airspace system is critical to the overall goals of the project” said Sam Kim, deputy manager of integrated test and evaluation for Nasa’s UAS in the NAS project.

These tests are the start of the largest transformation of air traffic control ever attempted in the United States. Known as the Next Generation Air Transportation System, or NextGen, this is the multi-billion dollar system technology modernization that will make air travel safer and more efficient. 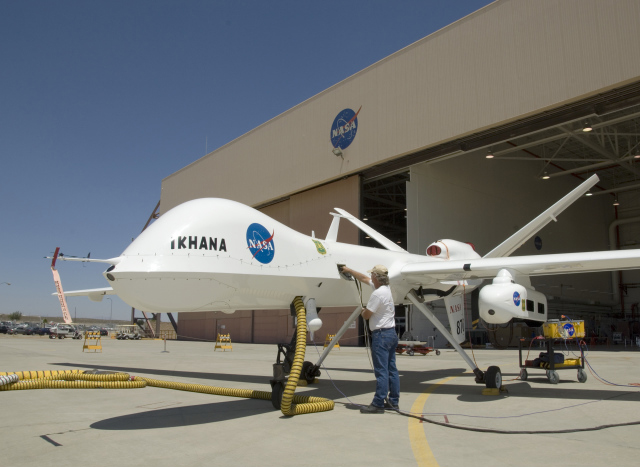 An Alitalia B777 makes an emergency landing in Recife

On Sept. 25, an Alitalia B777-200 flying from Rome Fiumicino to Buenos Aires with 295 people on board, performed an emergency landing in Recife, Brasil, for an unspecified technical problem. The passengers were disembarked and […]