The following picture was uploaded few days ago on the official USAF Flickr photostream. 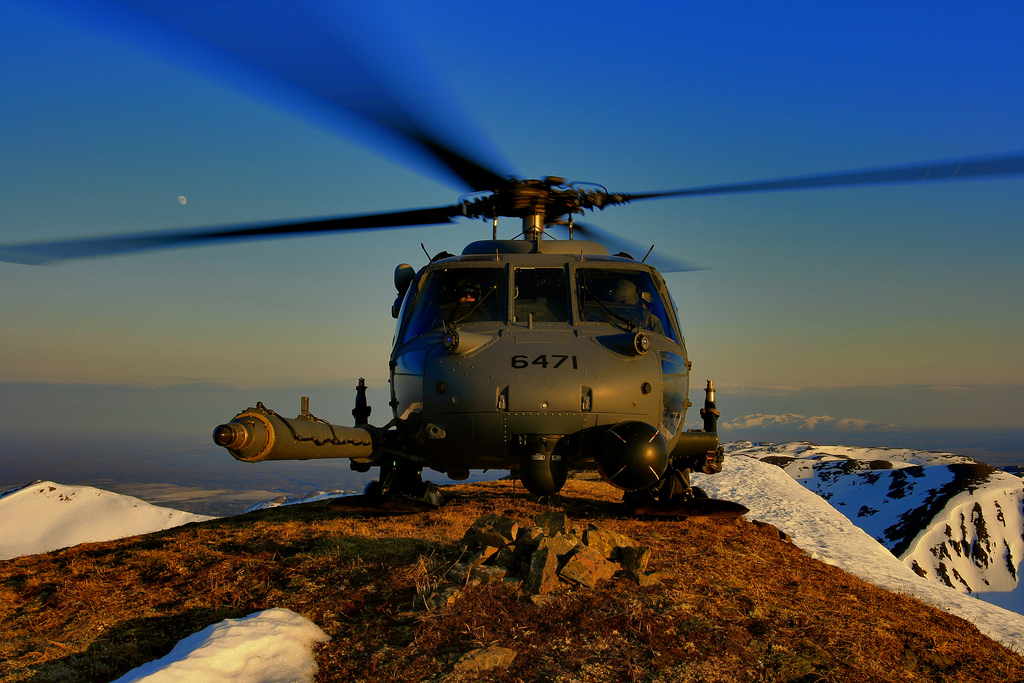 Here’s the caption (highlight mine):

By accident while was watching the image, my attention was caught by the date shown on the right hand column of the Flickr page, showing that the image was actually taken on May 5, 2009.

Since Flickr uses the EXIF data of the file to determine the date, I assumed that the image was taken in 2009, unless the camera date was set wrong. 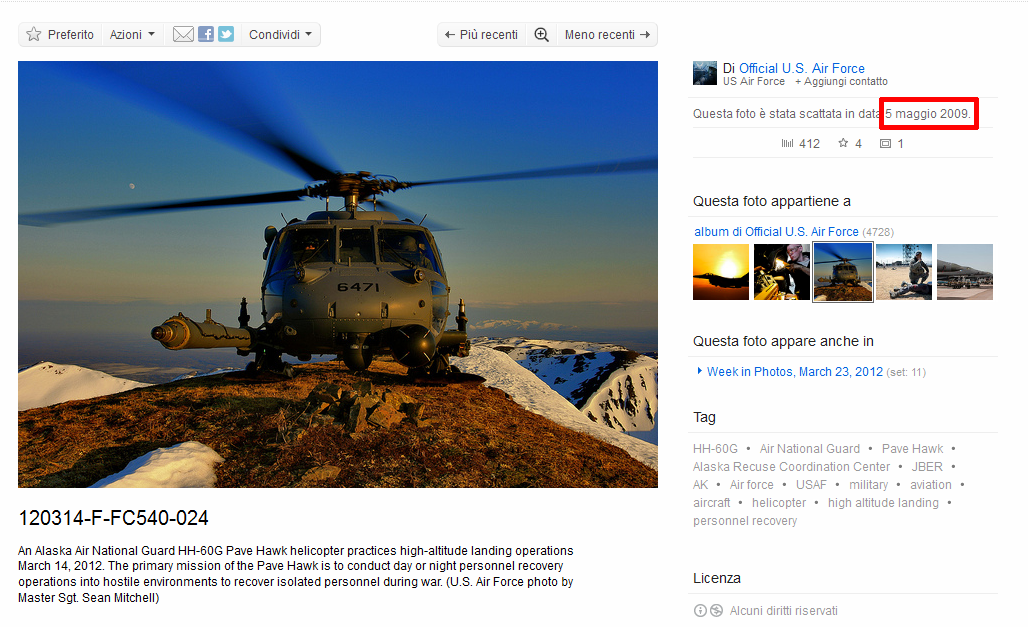 Obviously, when I posted the following message to the The Aviationist Facebook page (and retweeted it on Twitter):

while many followers replied that Exifs are quite unreliable since date and time cand be mis-set on the camera, others affirmed that, although possible, it is quite uncommon that the date can be set wrong by professional photographers.

However the solution of this little mystery was given by Mark Brueschke, a follower of the FB page who lives in Alaska. Indeed, Mark noticed that the moon was in the wrong quarter for the period: on Mar. 14, 2012 the moon was in the last quarter, while the one depicted in the photo is between the first quarter and full moon, exactly how it should have been on May 5, 2009.

Furthermore the amount of show at elevation is not coherent with the one he saw in March on this year when there was snow on all elevations above 100 m.

Ok, we’ve proved the USAF lied, but it’s no big deal. Maybe they just needed an image to be uploaded on Flickr and, since the one taken in May 2009 was not previously used, they uploaded it.

However this episode should remind everybody the risk of using digital technologies which embed so many information that can be exploited in various ways.

Few days ago Helihub published an article about four Apaches lost in 2007 thanks to the smartphone geotagging.

In few words, in Iraq, insurgents were able to determine the exact location of AH-64 Apache helicopters and successfully attack them because some soldiers had taken pictures on the flightline and uploaded them (including geotagging data) to the Internet.

Chemtrails, missiles, meteorites or falling stars? None of them. Simply some F-15s trailing a tanker during a Coronet East mission

Next time you see a scene like that depicted in the following images please don’t be scared. It’s neither chemtrails, nor missiles, nor meteorites or something like that. Most probably, it’s just a flight of […]