According to the U.S. Navy’s Standard Aircraft Characteristic document , in such configuration, the AV-8B (slightly different from the AV-8B+ that features a 17 inch lengthened nose to accomodate the AN/APG-65 radar) has a range exceeding 2,100 NM. 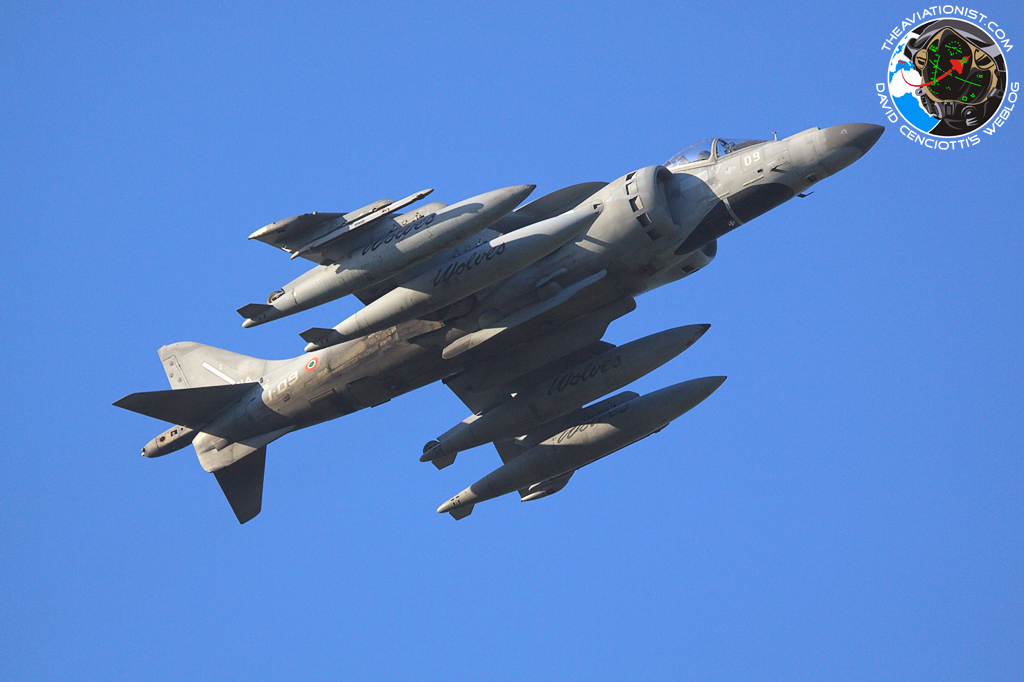