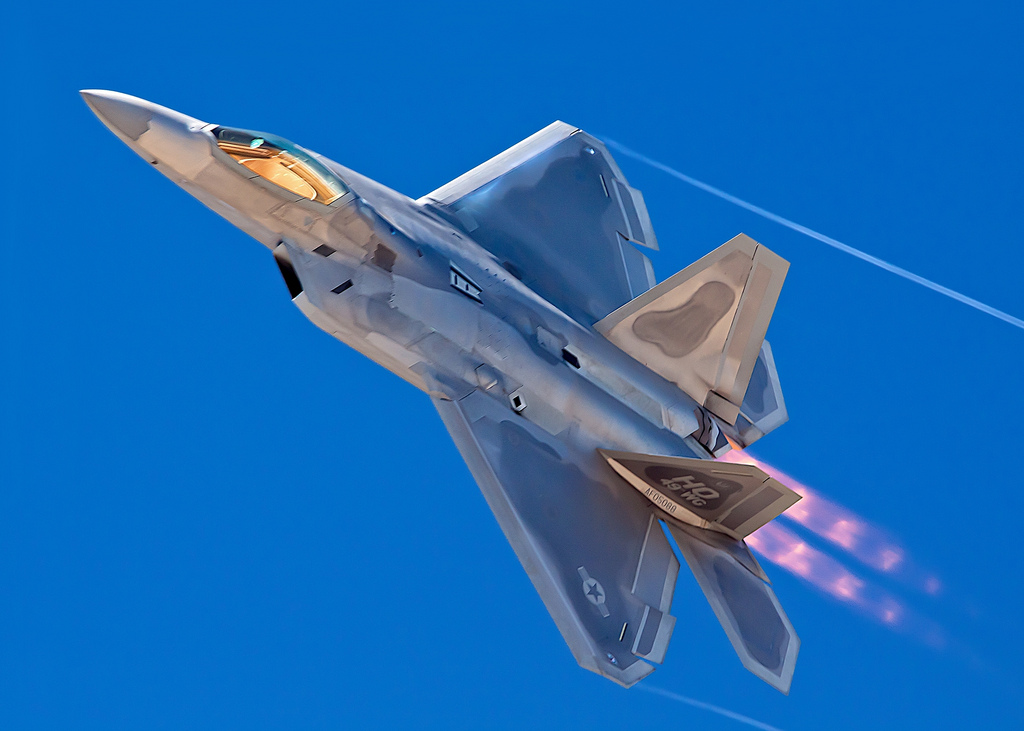 And here’s the SF-260EA of the Italian Air Force, a light aircraft used for initial pilot training: 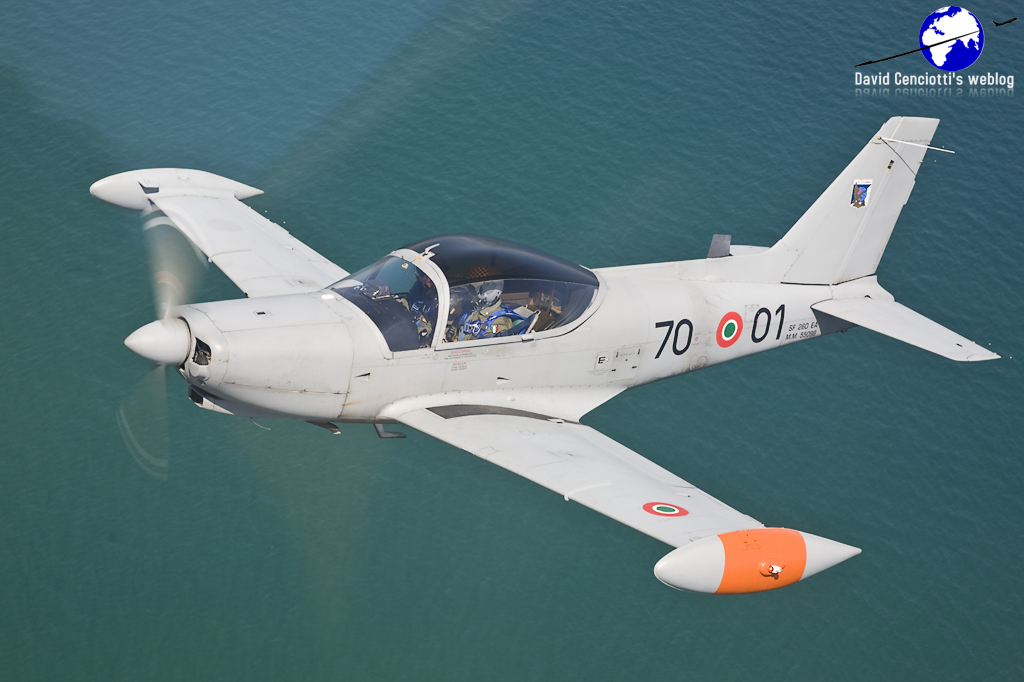 What do they have in common? Both have had problem with carbon monoxide.

The stealthy F-22 Raptor, the US Air Force most advanced fighter, was grounded (in what is the longest full fleet grouding of recent aviation history) due to carbon monoxide entering the cockpit via the aircraft’s oxygen system, the same type of problem affecting the SF-260EA, the latest version of the famous Italian trainer.

The US fighter was grounded on May 3, 2011, after 14 incidents in which pilots suffered hypoxia-like symptoms. Hypoxia is  a condition of inadequate oxygen supply that can have fatal consequences.

Hypoxia can be caused when carbon monoxide generated by the engines enters the cockpit because of the placement of the aircraft air intakes or of particular operating procedures, like those used at Elmendorf AFB, Alaska, where the majority of the incidents have occurred, and where the aircraft perform the start up procedure of the engine inside the shelters, because of the cold temperatures. Exhaust gases then could be sucked back by into the engines and enter the On-Board Oxygen Generation System (OBOGS).

While the problem affecting the F-22 is still under evaluation, the SF-260EA has been fixed, even if the type was never interested by a fleet-wide stand down.

The carbon monoxide into the cockpit was one of the minor issues on the “260”. Amount was limited, leakage sporadic, and pilots got used to it quite fast.

In June 2009, I flew the SF-260 during an orientation flight and experienced hypoxia symptoms caused by exhaust gases entering the cockpit. Headache, fatigue and nausea leading almost to loss of consciousness. “That’s normal” explained the Instructor Pilot who flew with me “local instructors and student pilots are used to the gases but people who don’t fly too often with this type of aircraft, can experience this kind of symptoms, especially when outside temperature is extremely hot and we have to use the onboard air conditioning system to make the cockpit more comfortable”.

Even if sucked carbon monoxide into the SF-260 cockpit didn’t cause any serious aviation safety issue on the fleet, the problem has been fixed. In the meanwhile, some 160 F-22 Raptors remain grounded indefinitely and their pilots, despite ongoing simulator training, are quickly losing their currencies.

Eurofighter Typhoons taking off in full afterburner at night are always a great sight. Within the Italian Air Force, five squadrons (or Gruppi – in Italian) belonging to three wings (Stormi) based at three MOBs […]