On Aug. 6, an Army National Guard CH-47 with 38 on board, including 19 Navy Seals was downed by a rocket-propelled grenade in eastern Afghanistan. It was the worst incident of the war in Afghanistan as the Afghanistan war as it approaches the 10-year mark. Hundred articles and comments have been published all around the world, but none of those I’ve read so far, has recalled a similar incident that took place only few days before, when another Chinook, operating in the same region was hit by an RPG shot.

On Jul. 25, in what had been considered “a rare incident”, another CH-47 was hit by an RPG rocket and forced to perform a (successful) crash landing. Fortunately, everybody escaped the downed chopper and there were only two slightly wounded.

So, less than two weeks before a CH-47 and its passengers were killed by an RPG rocket, another unguided rocket had hit the same type of helicopter, in similar circumstances and almost with the same consequences.

The helicopter downed in July was carrying US and Afghan soldiers to Nangalam Base, in the Pech River Valley, in eastern Afghanistan and the crash happened shortly after midnight.

Since the RPG is a launcher of unguided rockets, hitting anything even at a few hundred meters is extremely difficult and requires a certain amount of luck. Even if the target is a large chopper. For this reason, an interesting article published few days after the Jul. 25 incident by Strategy Page talked about a “miracle shot”. A miracle that, unfortunately, repeated on Aug. 6, with a death toll of 38.

According to the Strategy Page article, the CH-47 hit on Jul. 25 was the 17th helo brought down by hostile fire in Afghanistan (with another 84 crashed for non-combat reasons).

In most cases, helicopters are brought down machine-guns, especially heavy (12.7mm or larger) ones. The enemy has also been using portable surface-to-air missiles since 2003, including more modern models, like the SA-16 (which is similar to the American Stinger.) American helicopters are equipped with missile detection and defense (flare dispensers) equipment. Thus the most dangerous anti-aircraft weapon remains the machine-gun. However, aircraft losses to ground fire have been declining every year, mainly because of improved defensive tactics.

Helicopters are fired on about six times more frequently than they are hit, and most of those hit are only slightly damaged (and land normally). Today’s helicopters are much more rugged and reliable than those in Vietnam (1966-71, the first major combat use of helicopters). There, 2,076 helicopters were lost to enemy fire (and 2,566 to non-combat losses). In Vietnam, helicopters flew 36 million sorties (over 20 million flight hours). Helicopters were used much less in Iraq, where no more than half a million hours a year were flown (to support a third as many troops as there were in Vietnam during the peak year). In Vietnam, helicopters were about twice as likely to get brought down by enemy fire. As in Iraq and Afghanistan, the main weapons doing this were machine-guns.

Today’s helicopters are more sturdy, partly because of Vietnam experience, and are more likely to stay in the air when hit, and land, rather than crash.

Unfortunately, not enough sturdy to absorb an RPG “miracle shot”.

There’s no way to procted an helicopter from an RPG rocket other than flying unpredictable paths at very high speed, an attitude that can be maintained only for some phases of a mission. Surely not when the helicopter is heavy or close to the ground during take off and landing.

Wired’s Danger Room reports that new helicopter countermeasures are currently under test and could be deployed in combat on CH-47s well before the current deadline (2017), following last week end tragedy.

However such defensive systems react after the first shot, preventing the shooter from taking a second shot. The risk is that Taliban shooters, who seems to be more accurate with their rockets than the past, as the Jul. 25 and Aug. 6 incidents show, may be able to hit the target with their first shot, rendering the countermeasures useless. 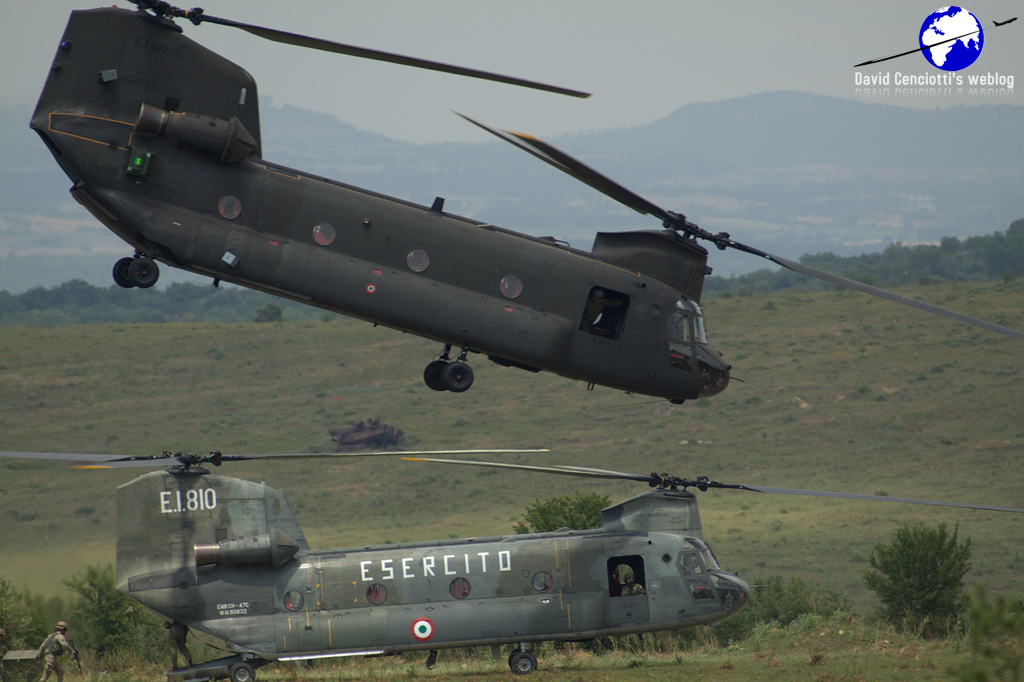 The news that has confirmed the launch of the Unha-3 rocket was announced by South Korea’s YTN television network around 22.52GMT. As soon as the news spread, I checked Planefinder.net to see if there was […]

Strategically located in the Atlantic Ocean, some 3.700 chilometers from New York City and about 1.600 chilometers from Lisbon, Lajes airbase, in the Azores (Portugal), is one of the most frequent stopovers for military traffic […]

Two Libyan Air Force Mirage F.1s, armed with rocket pods, landed in Malta, in the afternoon of Feb. 21, 2011,. The two aircraft were piloted by two senior officers who claimed to have defected after […]