Those who were worried that China could get its hands on some pieces of the ill-fated chopper that crashed in the Osama Bin Laden compound to reverse-engineer the Stealth helicopter have to accept the unpleasant reality that the Chinese have already copied it. As a matter of fact, on May 23, 2011, Dragon Models (based in Hong Kong, China) announced a new model (to be released in July): the 1/144 scale Stealth Helicopter “Operation Geronimo” (Twin Pack). 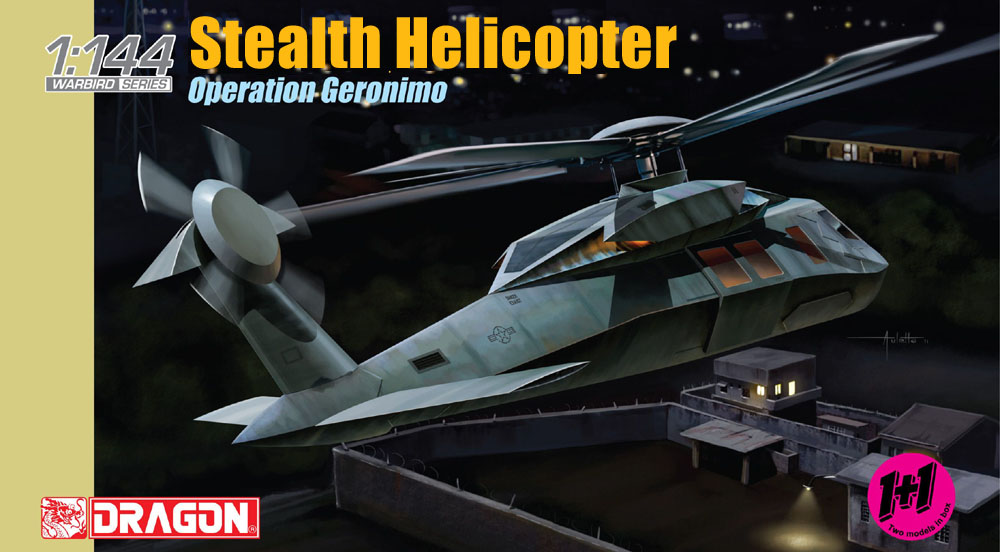 If you look at the artwork on the box, you’ll notice that the one created so quickly by DML is quite similar to the concept I developed with Ugo Crisponi. It has the same (fictional) intakes and exhausts, and the overall shape is almost identical. To be honest it also includes some of the inaccuracies of our famous MH-60X rendering (dated May 5) that we fixed in a subsequent “release” (published on May 17) and a few more (based on the artwork, the blades seem quite unrealistic while the horizontal stabilizers are different from what the pictures suggest).

Anyway, here below you can find the May 5 sketch and if you compare it to the above image, you’ll see that, most probably, I and Ugo had the same ideas about the Stealth Black Hawk as the Dragon graphic designers. Noteworthy, the model comes with the unofficial/unconfirmed raid’s codename, since the official one is Operation Neptune’s Spear and not Operation Geronimo (“Geronimo” was the codeword for Bin Laden’s capture or death).

Above: the Stealth Black Hawk rendering I published on this site on May 5. Below the new version issued today (May 31, 2011). 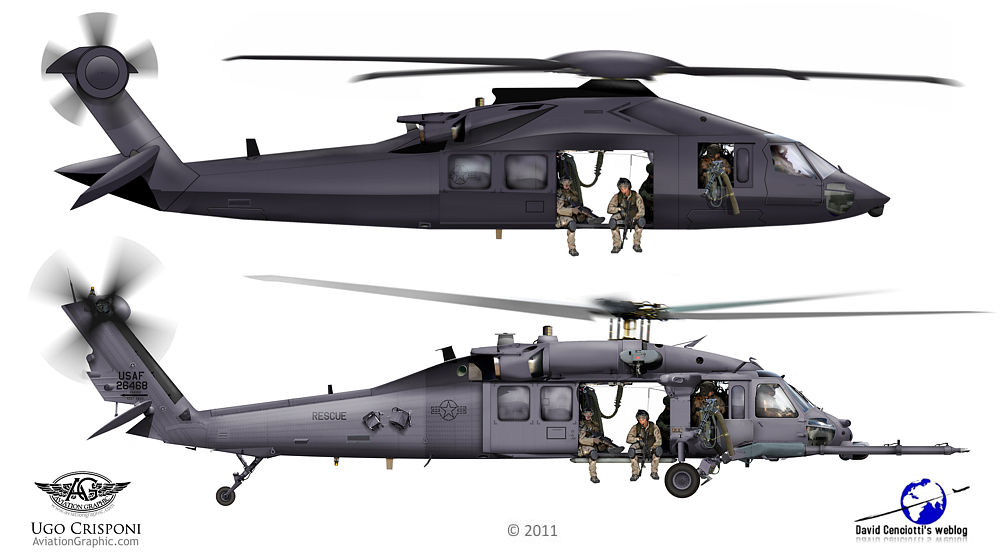 Here’s an excerpt of how Dragon introduces its new model:

[…] Looking like a mixture of MH-60 Black Hawk and F-117 Stealth Fighter, this mysterious helicopter from the 160th Special Operations Aviation Regiment (SOAR) has distinctive edges and angles. The fuselage, nose and tail were all modified to reduce the craft’s radar cross-section.

[…]Befitting the innovative and ultra-secretive shape of the helicopter, this model is newly tooled in every aspect. All the low-observable features such as the angled surfaces are carefully rendered. […]

To be or not to be [Stealth]: that is the question

If Drangon dared to venture into a Stealth model about which we still know very little (even if a 1/144 scale is small enough to “hide” some unknown details), Italian model manufacturer Italeri, took a different approach. Instead of producing a small kit of the Stealth Black Hawk basing on few pictures or artworks they announced a larger 1:48 UH-60/MH-60 Black Hawk “Night Raid”. The model box in this case is depicted performing a “generic” Special Forces operation inside a compound in Afghanistan (or Iraq). 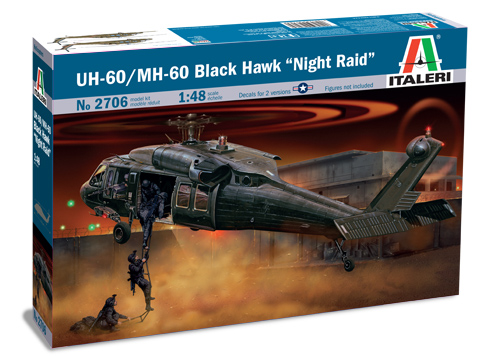 Italeri told me that they have decided not to launch a product that, most likely, would have been quite different from the real Stealth Black Hawk, given the few images and known facts available to date. So they released a “normal” Black Hawk even if they are ready to work on a realistic “Silent Hawk” as soon as new details about the modified MH-60 used in the OBL raid will surface.

Whatever the choice (stealth or not stealth), such a quick reaction by both Dragon Models and Italeri shows how fast the response to a news story (and to the subsequent market demand) can be.

Dealing with the daily updates about the OBL raid and the Stealth helicopter, here’s an interesting news: on May 30 some media reported the (unconfirmed) news that two helicopters crossed the border between Afghanistan and Pakistan to take five Taliban members in North Waziristan, and bring them back across the border into Afghanistan. This article provides an interesting analysis of the episode. Obviously, I’m not suggesting Stealth Black Hawks were involved again; however, given that the targets were high-value ones and that this kind of mission (once again in “enemy territory”), if confirmed, would be probably carried out by Special Forces, who knows?

You may think that Darth Vader was flying an HH-60G Pave Hawk helicopter, by looking at the following cool photograph taken by Rob Birmingham. However, the one worn by the airman leaning out of the […]