The Gulf Air Bahrain 2011 Grand Prix, due to be held on Mar. 13, 2011, was cancelled on Feb. 21 as a consequence of the pro-democracy uprising inspired by revolutions in Tunisia and Egypt (to be followed by Libya). In the kingdom capital, home of the US Navy Fifth Fleet command, protesters who were demonstrating to call the end of the monarchy, a new constitution and greater political freedom, were raided by security forces sent to the streets along with tanks to restore calm. Bahrain Crown Prince HRH Prince Salman bin Hamad Al-Khalifa said: “At the present time the country’s entire attention is focused on building a new national dialogue for Bahrain…. We felt it was important for the country to focus on immediate issues of national interest and leave the hosting of Bahrain’s Formula One race to a later date”.
Ugo Crisponi, of Aviationgraphic.com had been appointed to design the Gulf Air lithograph for the Bahrain 2011 Gran Prix. He sent me the final draft (that had to be completed with the correct serials for the Royal Bahraini Air Force F-16s) displaying the GF Airbus A330-200 registered A9C-KA escorted by four RBAF General Dynamics F-16C Block 40E Fighting Falcon delivered in 1990 belonging to the 1st Tactical Fighter Wing based at Shaikh Isa AB, Bahrain International Airport. Noteworthy, the RBAF F-16s flew air defence sorties during Gulf War beginning on Jan. 25, 1991. 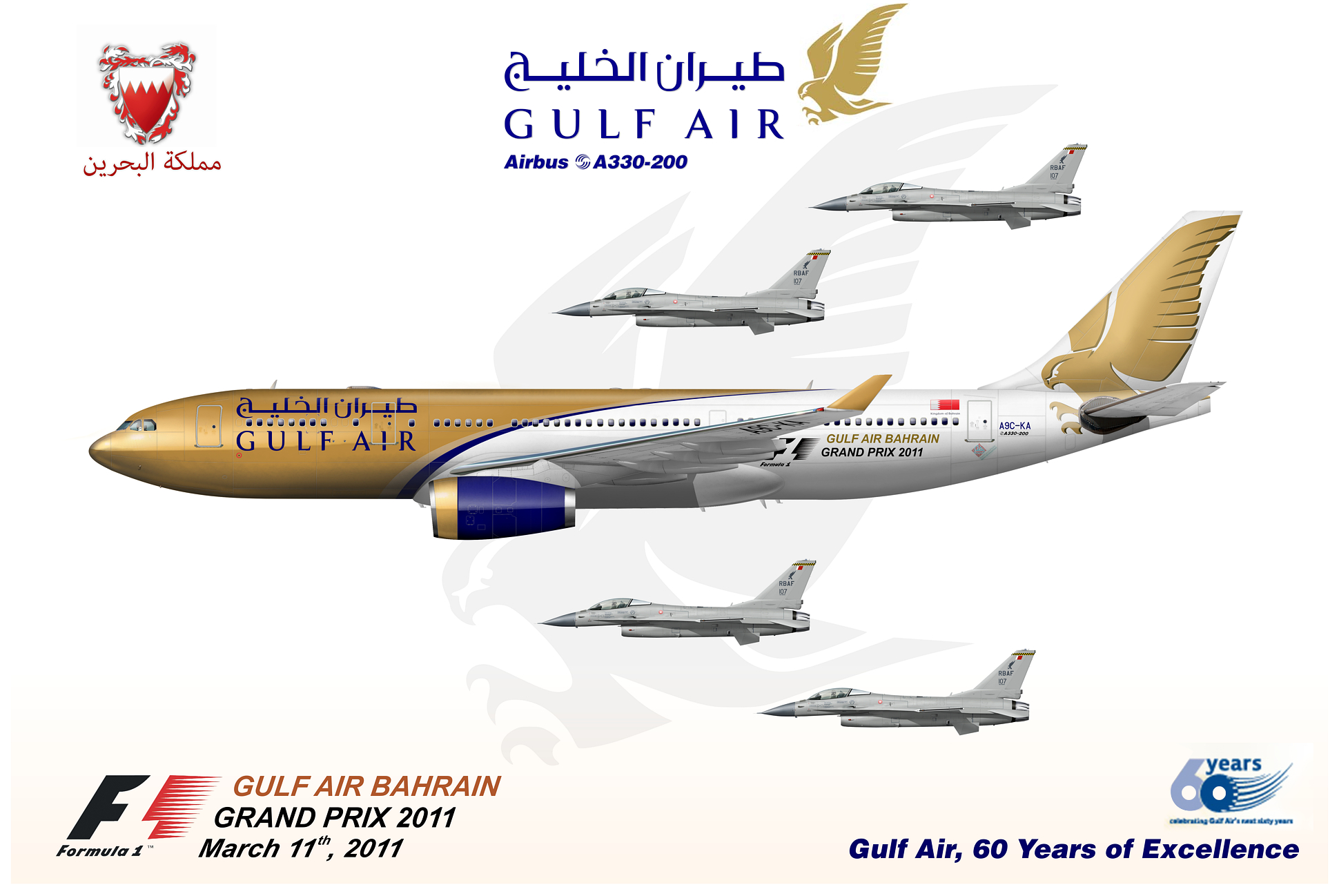 On Jan 5, at 12.00 LT, the 12° Gruppo belonging to the 36° Stormo of the Aeronautica Militare (Italian Air Force, ItAF), based in Gioia del Colle, will undertake its first QRA (Quick Reaction Alert) […]