Fog disperses, temperature rises and the water vapour of the wet air condenses on the cold canopy of a RDAF F-16AM MLU deployed to Grosseto airbase for Winter Hide 2011. 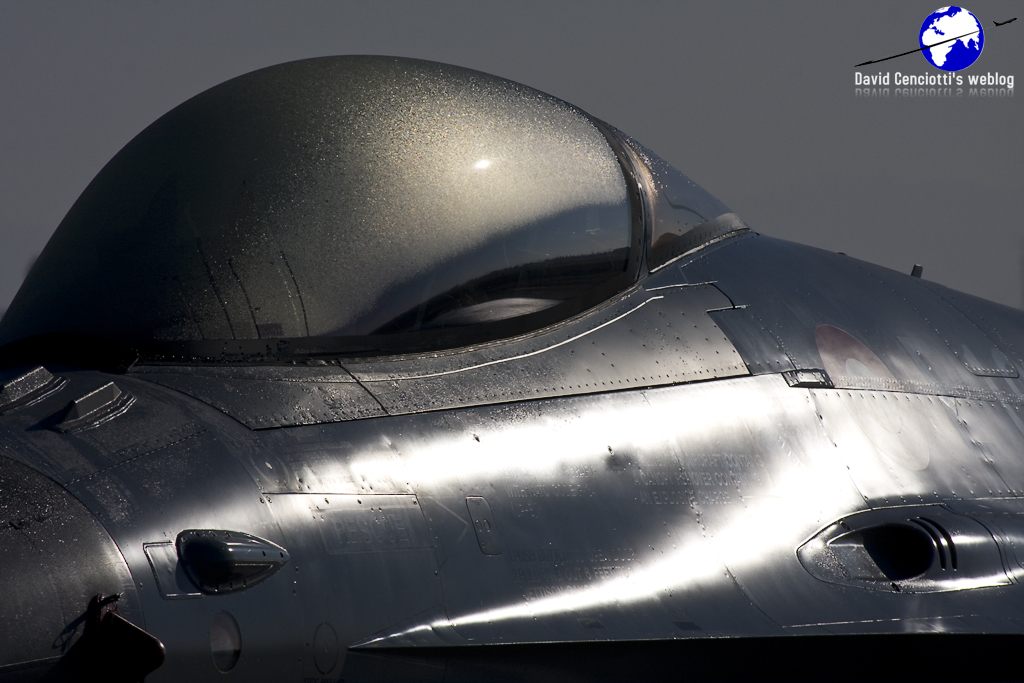