In a recent article about the USS Nimitz and the 5th Fleet, describing why an aircraft carrier is always on the move I explained: “…..upon reaching a specific area of operations, the ship tends to keep it for several days, “orbiting” in international waters so as unpredictable as possible to avoid exposure to unlikely, but not impossible, extremely difficult long-range ballistic shootings “. In fact, when I wrote that text, I knew that China was developing the first ASBM (Anti-Ship Ballistic Missile) with a range of 3.000 kilometers and speed in excess of Mach 10 but didn’t know they were close to deploy it. I actually thought and still believe that, although most probably achieving the IOC (Initial Operational Capability), the DF21D (Dong Feng) “carrier killer” missile still has years of tests needed to tune its guidance system before it can be considered a real threat. Indeed, no over-water tests, required to evaluate the accuracy of the missile to pinpoint moving targets, has been announced or unveiled by intelligence sources. However, the ASBM threat has to be taken in proper consideration if “mobility” and “power projection” will remain the two key concepts behind the U.S. naval doctrine in the next few years. In the meanwhile Popular Mechanics provides some info about how the ASBMs work. 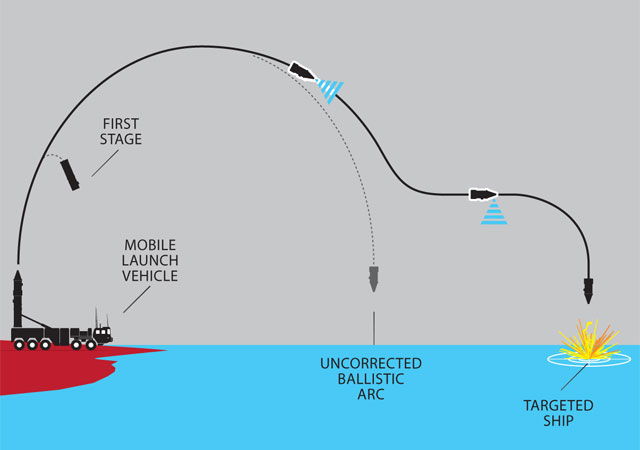 Between Nov. 4 and Nov. 9, the most important Italian towns hosted the celebrations for Armed Forces day and the 90th Anniversary of the end of WWI. In particular, Rome Circus Maximus hosted an interesting […]

The drones, reverse engineered from the captured U.S. stealthy RQ-170, were filmed during the exercise which culminated in the attack on the fake aircraft carrier. Earlier this week, the Islamic Revolutionary Guard Corps (IRGC) kicked […]

You won't believe it: UK considered bringing back one aircraft carrier and the Harrier for Libya

Can you remember the famous possible, reportedly imminent, UK’s U-turn on the F-35 version that we already discussed here? It looks like another resounding decision could have been reversed during last year’s Libya operations, when […]