A few days ago when I was asked by my relatives what I thought of the footage on the news reports showing the most important European airport (London Heathrow) literally paralized by the snow, I simply answered that, unless you are planning a long range trip (i.e. an international travel), I would suggest considering the opportunity to travel by train. Initially, those who heard my reply, thought that I was teasing them. But I wasn’t. In fact, even if I’m a pilot, a happy frequent flyer and I like flying as much as I can, I’m also enough unprejudiced to consider all the factors that should be taken into consideration when planning a mid-range trip (obviously, in the short range, the train remains the transport of choice, while in the longer one, the airplane wins). Let’s have a closer look to a Rome – Milan trip, the busy “corridor” where airplane and train are in fierce competition (even if another route could fit well too). Alitalia flies with those that were initially dubbed Freccia Verde (Italian for Green Arrow) between the two cities in around 60 minutes, with departures from every hour to every 15 minutes (early in the morning and in the late afternoon), when demand is higher. However, it may take 1 hour or more to get to the airport from city center, check in and transit through the security check requires at least 1 hour and another 30 minutes are, on average, required for check out. Obviously, many other things can affect transit times (strikes, traffic, weather, etc) and check in and security checks can require less time since both Fiumicino and Linate have dedicated desks and gates, but the above estimates should be quite accurate most of times on any other departure and arrival aerodrome located more or less at the same distance. This means that a flight from Rome to Milan requires more or less 3 hours (Linate is just 8 km from downtown Milan and 30 minutes should be enough to reach the city center). Cost for a daily return ticket is around 215 Euro (even if, generally speaking, airlines prices vary a lot depending on when you book, the type of fare you chose, etc).
Travelling by a Freccia Rossa (Red Arrow) train would get you between the two major Italian cities in 3 hours. You don’t need to be at the station more than 15 minutes before departure, there’s no check out time and stations are usually within the city center (no transit time required). Cost for a daily return ticket is less than 180 Euro (for a second class ticket, first class return ticket cost 228 Euro), even if there’s a special promo for daily return tickets with a fare at less than 100 Euro for a return ticket to Milan. 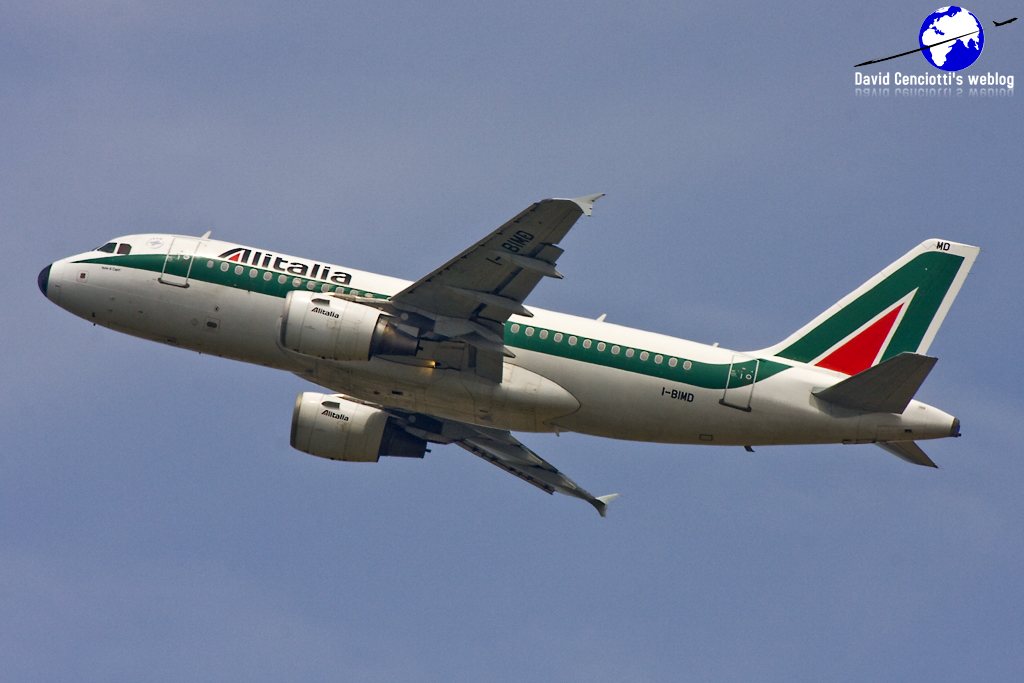 If you worry about the environment and are interested in CO2 emissions, trains perform better than airplanes. Depending on the load factor, according to Ecopassenger, on average, a high speed train travelling between Rome and Milan produces 18 kg CO2 per passenger versus 90 Kg CO2 pp of an airplane (including transport to and from the airport). Ok, now someone could object that the typical user travelling between Rome and Milan is the business man that doesn’t care about the cost of the ticket (since his company pays it) and isn’t worried about pollution. Right. However, although insensitive to the prices of the tickets and/or to the emissions of the airplane, that kind of traveller is for sure much sensitive to other advantages of traveling by train: more room/comfort, more seats available on shorter notice and, above all, mobile phone allowed and, finally, broadband Internet connections available. At least in Italy, a seat on a high speed train is today a sort of mobile office and this can make the difference between aircraft and railroad transport. 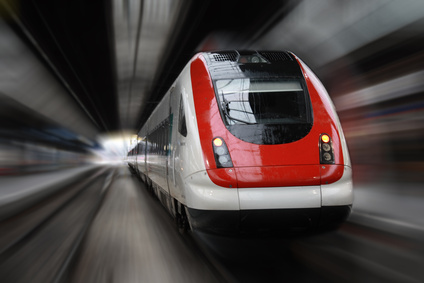 As Paolo Passeri recently explained in a post on his blog, the Ferrovie dello Stato (Italian Railroad Company) and Telecom Italia (the main Italian carrier) invested some 50 million Euro to make Internet available along 1.000 km of lines (with 516 bridges and 82 tunnels) running across a territory which features difficult orographic conditions. Service continuity and quality were ensured in spite of the technological challenges that were faced: using the UMTS, an access technology designed to deliver speeds of 384 kbps to a maximum speed of 120 Km/h, thus well below the Freccia Rossa cruising speed of 300 km/h; managing the hand over between cells seamlessly, countering the threat of the Doppler effect and the shielding of the coaches; and ensuring an end-to-end security process.  To bring the broadband on the trains, 74 new nodes for the repetition of the UMTS signal along the route were installed along with more than 200 antennas in 82 galleries, more than 100 kilometers of optical fiber, 600 radio repeaters and 650 WiFi modules that allow the passengers of the 60 Frecciarossa trains on which the service is currently available, to work or to enjoy a good Internet experience in full comfort. When such a service will be available on airplanes too?
Ah, I almost forgot: this article was written while travelling on a Freccia Rossa train between Rome and Milan….