On Jan. 30, 2009, a C-17A tail number 60002 landed at Bagram air base in Afghanistan with the landing gear retracted. A few days after the mishap I published some interesting pictures showing the damaged aircraft on the runway at Bagram and that post is not only one of the most read of this website, but it is also one of the most commented by visitors (especially from the US). Even if the aircraft accident investigation board issued its final report in May 2009 (as I wrote in a previous post) there is still people providing different versions and explanations of the accident without any knowledge of the evidences collected by the investigation board. For this reason I think that it could be interesting for someone to read at least the executive summary of the above mentioned report (that is available in full version here) by clicking on the thumbnail below. 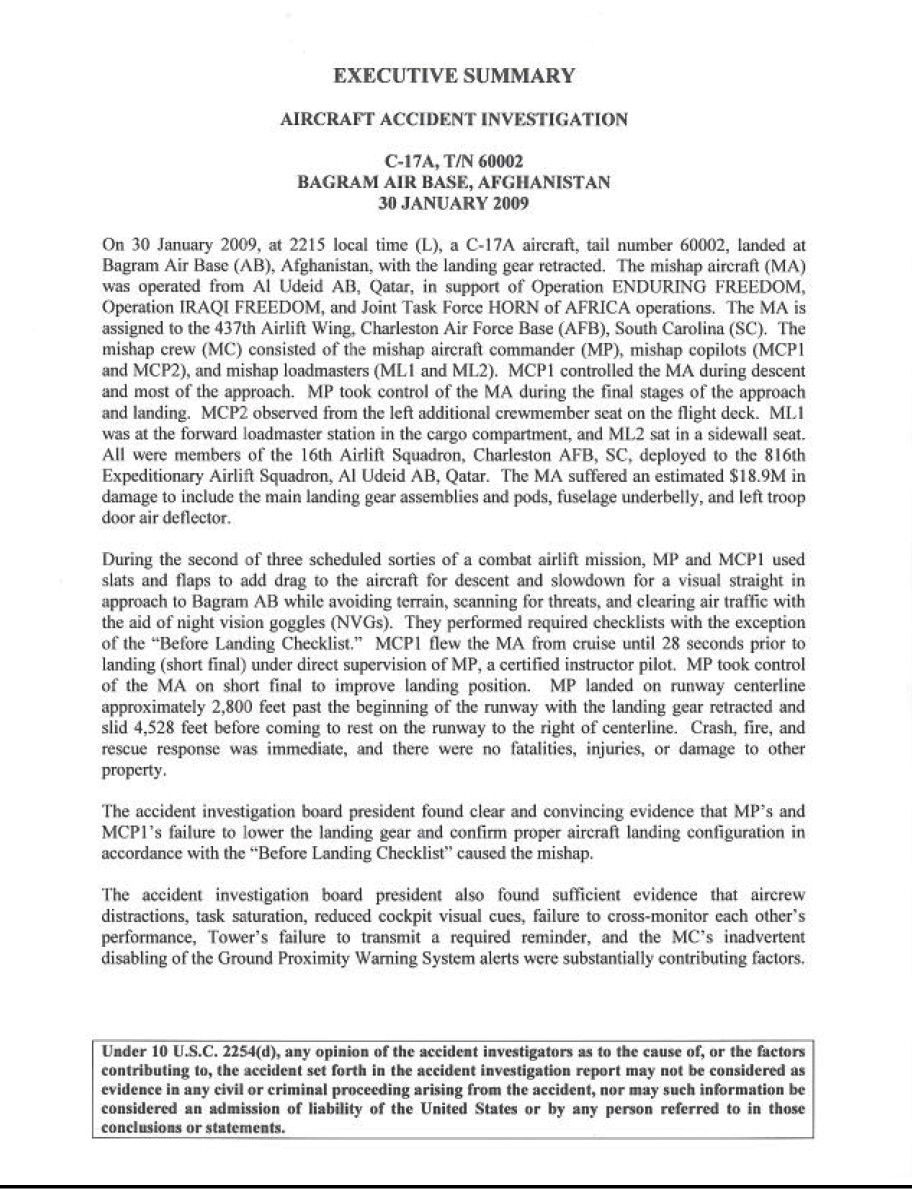 Iran claims it has decoded the U.S. stealthy RQ-170 Drone Intel but provides unsubstantiated evidence to prove it.

Iran has decoded the U.S. stealthy drone intel? What? oh, umm…yeah…sure According to a FARS News Agency article published on Apr. 22, Iran has just finished deconding the intelligence gathering sensors and the internal hard […]