When, last year, I visited the USS Nimitz and had the opportunity to take the following picture (Part 1 and Part 2) 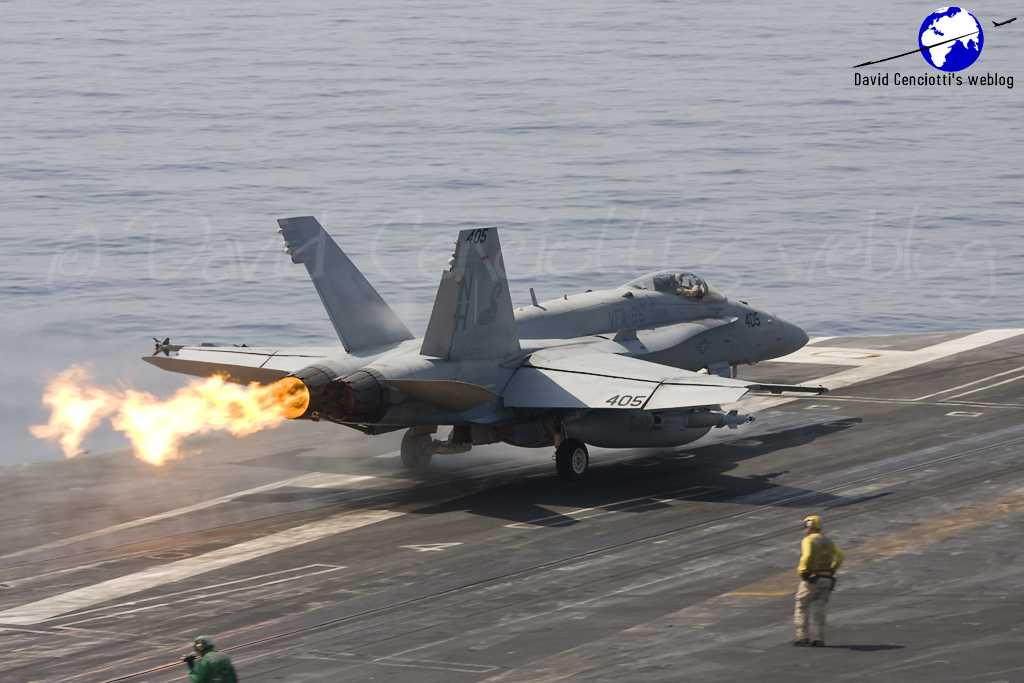 I didn’t think that compressor stalls during “cat shots” (catapult lauches) were frequent events. However, a quick look at US Navy website let me realize that compressor stalls or compressor surges are common (most probably?) because the hot vapour generated by the catapult is ingested by the aircraft intake thus creating a breakdown in compression resulting in a the compressor’s inability to absorb the momentary disturbance and to continue pushing the air against the already-compressed air behind it. As a consequence, there’s a momentary reversal of air flow and a violent expulsion of previously compressed air out through the engine intake producing some loud bangs from the engine and “back fires”.

The following pictures are all US Navy images taken from the official website: http://www.navy.mil

Birdstrike on a windshield

The following interesting pictures show the effects of a birdstrike on a windshield of an Airbus 321. Fortunately, the aircraft involved was able to land safely but as we have discussed much on this site, […]