In a previous article titled “Sicily airports (in the Trapani area) in WWII” I explained that inside the Reserve of the Stagnone, a lagoon extending in the Marsala territory, to the South of Trapani, during WWII there was a Seaplane Station of the Regia Aeronautica (Royal Italian Air Force) with the two hangars built between 1938 and 1943 by Pier Luigi Nervi (still preserved in the area) which hosted the Cant. Z.501 of the 144^ Squadriglia Ricognizione and also of the 197^ Squadriglia of the 85° Gruppo Ricognizione Marittima (Maritime Reconnaissance).
During the same flight I recalled in the above mentioned article, Giovanni Maduli was able to took a picture of the area and the remains of the seaplane station, comprising the two famous hangars, nicknamed “Nervi Hangars”. Following the Allied invasion of Sicily on Jul. 13, 1943, the 144^ Squadriglia was moved to Orbetello and the 197^ to Lago Patria, near Naples, where they were disbanded.  After the war, the hangars were used to recover materials, equipment and vehicles from Catania and Boccadifalco (Palermo) airports.

Later, the area hosted some buildings of the Marsala CRC, the local GCI (Ground Controlled Interception) station: initially, at the beginning of the ’60s, the radar began the operations from Timpone with personnel destined to the Marsala CRC temporarily based in the logistical area in Chinisia airport;  from Jul. 1, 1962, the Marsala CRC was officially established and the Command of Marsala CRC (Centro Riporto e Controllo) was settled in the area of the former Seaplane Station. 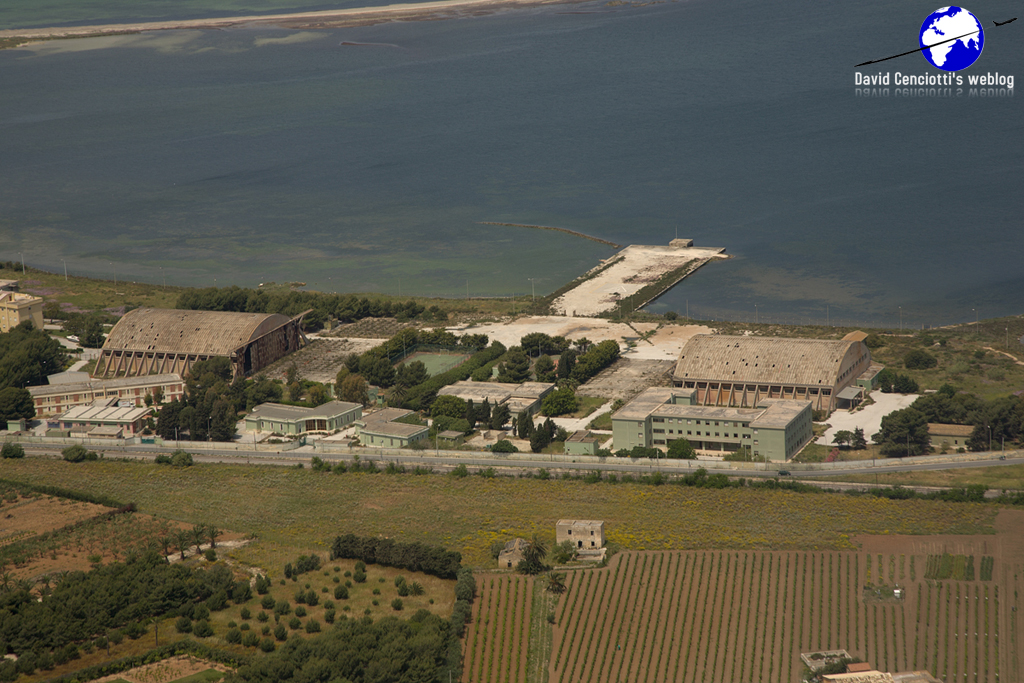 Typhoons, Predators, P-72A And HH-139s Part Of A Huge Security Operation For G20 Summit In Rome

The G20 summit is being held among tight security, involving several assets enforcing an ADIZ (Air Defense Identification Zone). Many assets of the Aeronautica Militare are currently involved in a large operation required to ensure […]