In 2008, I had the opportunity to fly a mission aboard a SIAI 208M of the Trapani based 37° Stormo of the Aeronautica Militare (Italian Air Force, ItAF) within a SMI (Slow Mover Interceptor) mission. Flying as “I-2009” we played the role of a Slow Mover and were intercepted by 2 F-16 ADF of the X Gruppo (10° Gruppo) as I later described in the article “Nei panni dello Slow Mover”. The flight with the S.208 was extremely interesting: before being intercepted by the two Vipers, we perfomed a medium level navigation within the Trapani CTR, a “tour” that provided the opportunity to take some aerial photographs of some old World War II airports. After passing next to the Reserve of the Stagnone, a lagoon extending in the Marsala territory, to the South of Trapani, where a Seaplane Station of the Regia Aeronautica (Royal Italian Air Force) was located, hosting the Cant. Z.501 of the 144^ Squadriglia Ricognizione with the two hangars built between 1938 and 1943 by Pier Luigi Nervi (still preserved in the area), we headed towards Sciacca and then back towards Trapani. Our route brought us next to Castelvetrano airport. With the typical elliptical shape still clearly visible, the airport, built in the ’30s, was extensively used during WWII as “511” and was the base of the 36° Stormo and its S.79s bombers. 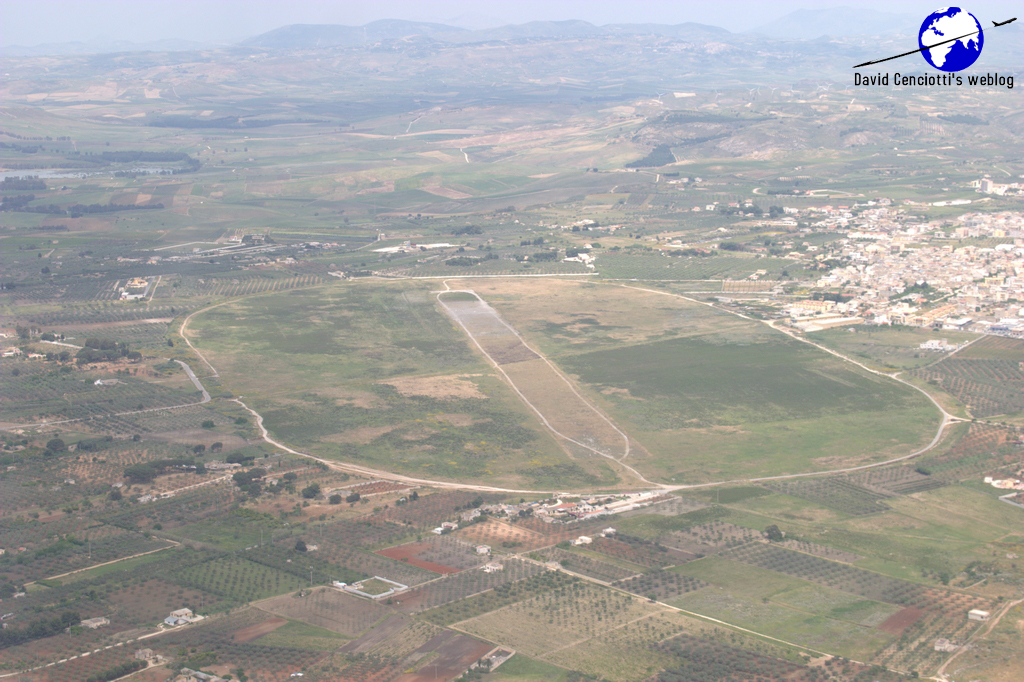 Located on the extended centerline of the Trapani-Birgi airport runway are the remains of the Chinisia (or Kinisia) airport. During WWII the airport was the base of the MC.202 of the 21°, 151°, 153° and 161° Gruppo, of the Ju-87 of the 103° Gruppo and in 1943 the deployment base of the MC.205 of the 351^ and 360^ Squadriglia of the 51° Stormo Caccia Terrestre. In the post-war period the airport was used to replace the Trapani-Milo airport (from 1949) and for civilian purposes from 1955 until 1961, when the activities were moved to the Trapani-Birgi airport. The airport was reported as being used by the Italian Air Force until the end of the ’80s. Interestingly, the Americans referred to this airport as Bo Rizzo (or Borizzo). Some websites still affirm that Borizzo airfield’s location is still unknown (http://en.wikipedia.org/wiki/Borizzo_Airfield) while the airport is the old Chinisia one that is also clearly visible using Google Earth. I was confirmed that Chinisia airport is what the Americans called “Bo Rizzo” when I found the website of the veterans of the 320th Bomb Group. The 320th began combat with Twelfth AF in April 1943 and operated from bases in Algeria, Tunisia, Sardinia, and Corsica until November 1944. At the following URL you can find the list of all the missions of the 320th BG including post-strike pictures and Google Earth .kmz file: http://320thbg.org/1943_missions.html. 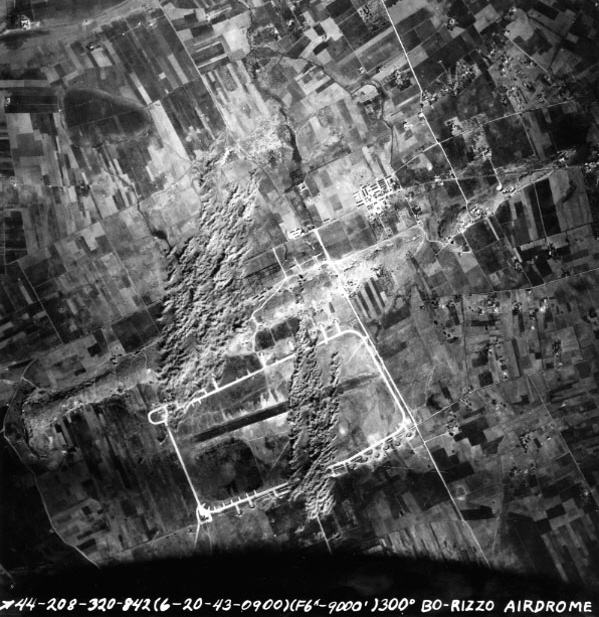 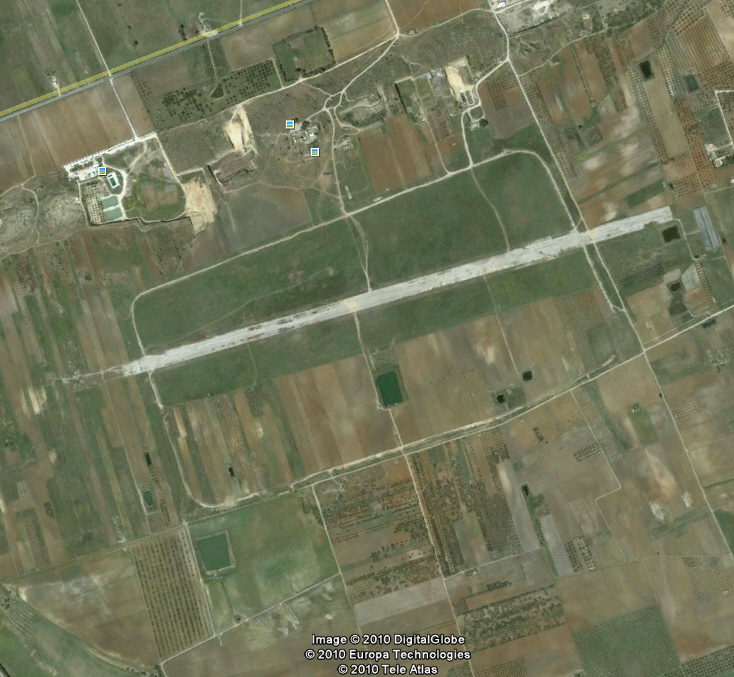 I took the following picture of the remains of the Kinisia airport from a Ryanair B737 landing in Trapani. 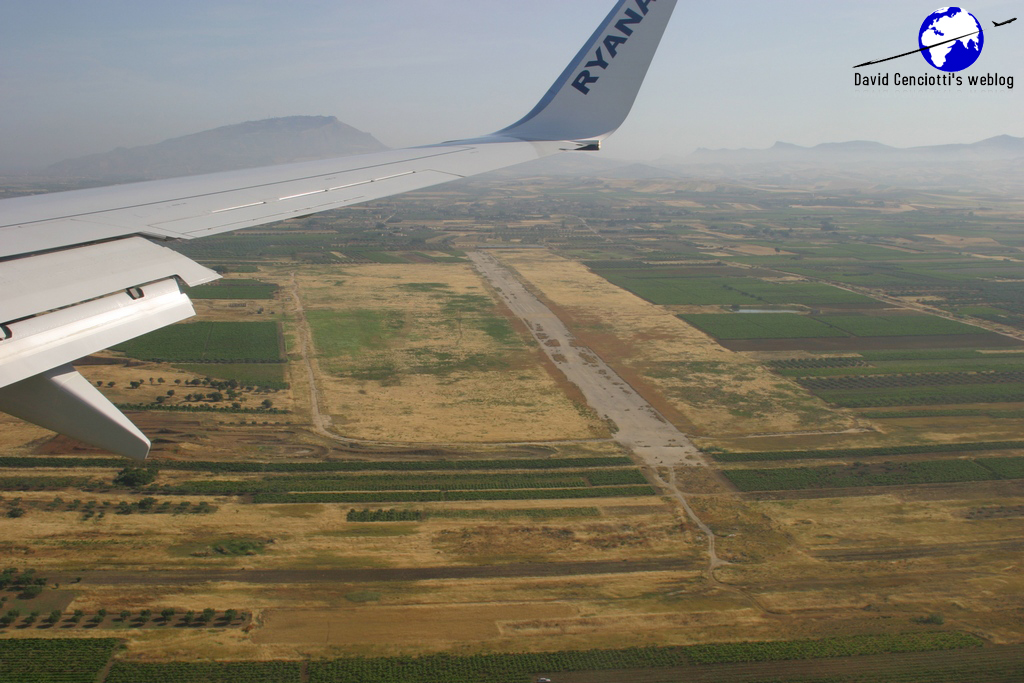 Another important WWII airport was Trapani-Milo. The airfield was used during the war and then it was replaced by Kinisia. In 1975, the Agenzia Spaziale Italiana (Italian Space Agency) took what remained of the airport and used it as a stratospheric balloons launch base. Since the end of the ’70s the base is literally cut into two parts by the highway that connects Palermo with Mazara del Vallo (as the Google Earth screenshot shows). 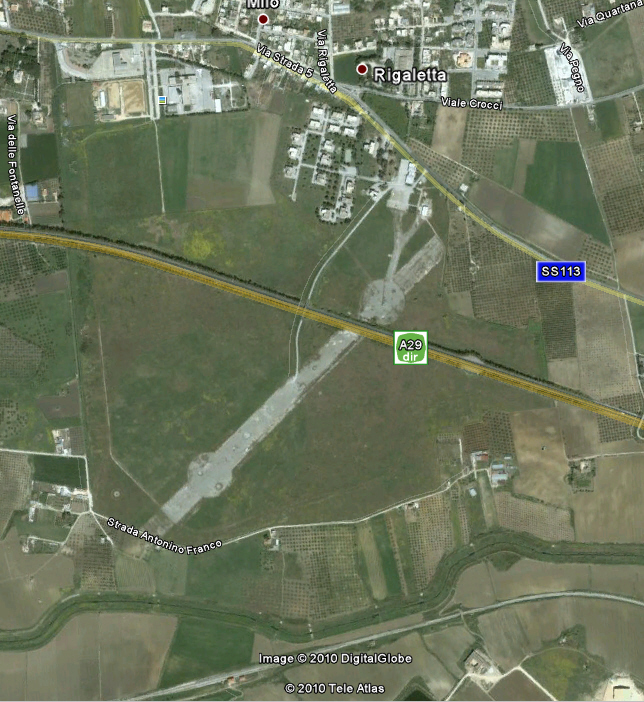 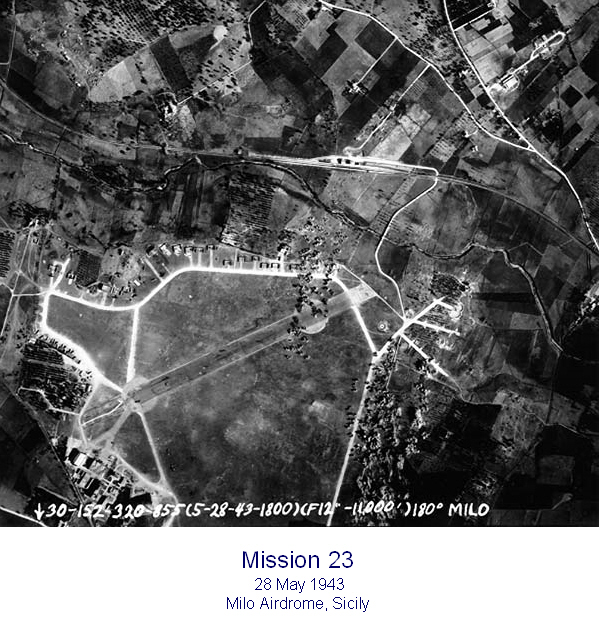 Another airport in the Trapani area was Carcitella, near Marsala. With two perpendicular runways still visible today, there are very few information about the unit based in the Carcitella airfield. 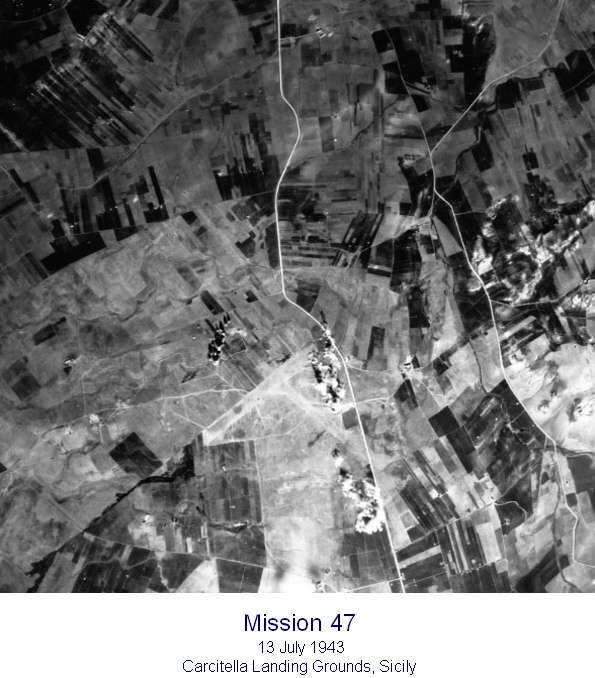 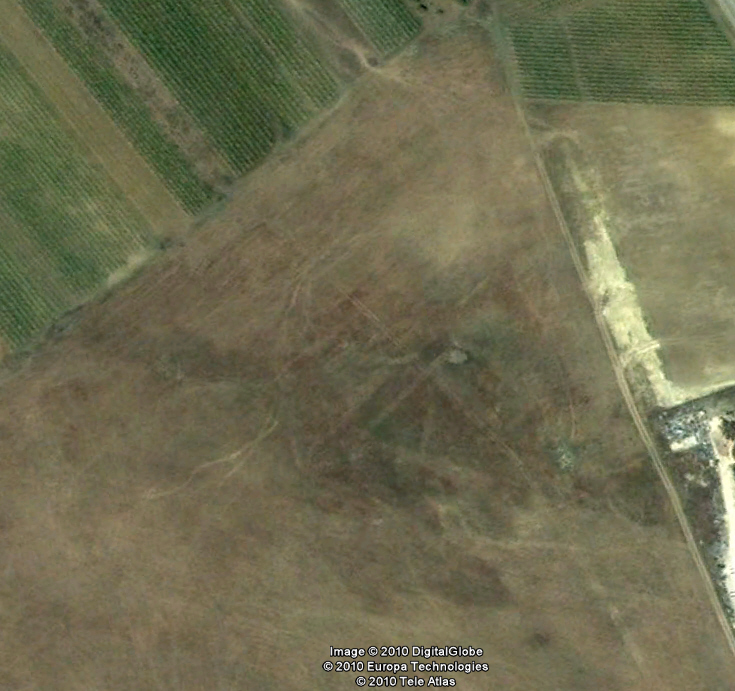 On Mar. 10, Grosseto airbase hosted a ceremony to celebrate the Change of Command of the 20th Gruppo between the outgoing, Maj. Marco Amort, and the incoming, Maj. Andrea Truppo. Interestingly, I know Maj. Andrea […]

First Among All The Partner Nations, Italy Deploys F-35s To Iceland For NATO Air Policing Mission

The Italian Lightnings have already arrived at Keflavik International Airport, Iceland. The Italian F-35A Lightning II stealth jets belonging to the 13° Gruppo (Squadron) of the 32° Stormo (Wing) will take over the Icelandic Air […]