The IMAM Ro.37 Lince (Italian for “Lynx”) was a two-seat Italian reconnaissance and close air support biplane, purchased as part of the programme launched by the Regia Aeronautica (Royal Italian Air Force) in the early 1930s to reinforce its fleet of aircraft and to replace the Ro.1, designed by Galasso and produced by Industrie Aeronautiche Romeo, later renamed Industrie Mecchaniche Aeronautiche Meridionali (IMAM). The “Lince” entered into service in 1935 and its first deployment was in Spain in 1936 with the Air Legion. During the Second World War it was the standard armed reconnaissance aircraft used by the Auxiliary Air Arm of the Army, remaining in active service up until June 1943. The “Lince” was also exported and sold to Afghanistan, Austria, Ecuador, Hungary, Spain and Uruguay. The aircraft was produced until 1939 with a total of 569 (237 + 332bis) produced.

Of the 16 Ro.37bis sold to Afghanistan in 1938, 6 relics were recovered by an Italian / US team to the North East of Kabul and one of them is exhibited at Vigna di Valle Museum waiting to be completely restored.

Tom Martin, LTC (Ret) of the US Army, recently sent me the following interesting pictures of the recovery of the Ro.37 with the following explaination:

I was the garrison commander at the Kabul Military Training Center and “neighbor” to the Italian garrison at Camp Invicta. Their garrison commander, LTC Mauro D’ Ubaldi, and I became friends through mutual security needs and engineer projects. He approached me and asked if I would help his team come onto our site and remove from the boneyard the flight of planes where this plane came from (another photo shows how it was in the boneyard and a detail of a data plate).
….
We also recovered wings and there were scraps of material with paint on some of the parts which showed the material and colors. 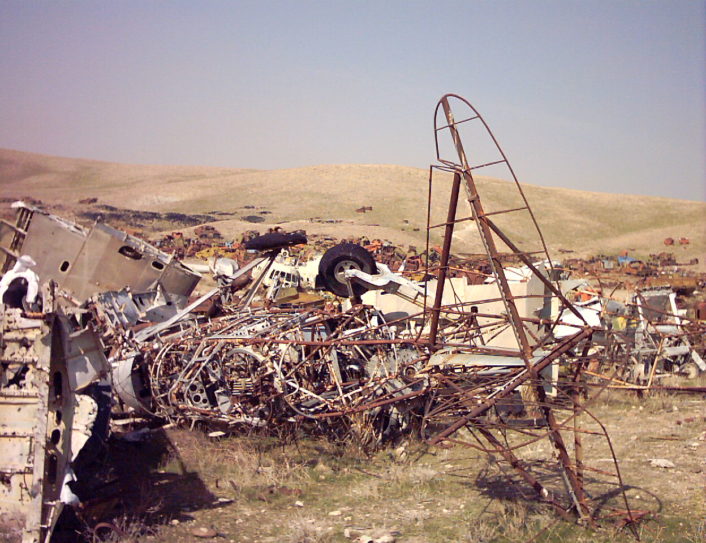 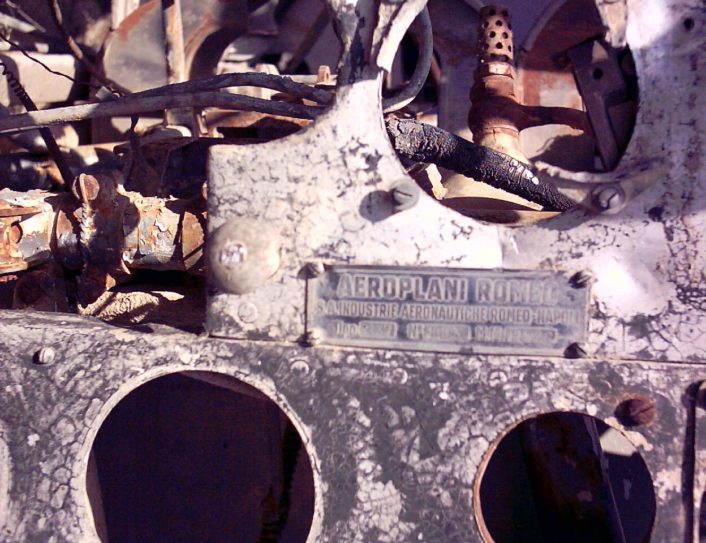