A C-2 Greyhound is preparing for an arrested landing on USS Nimitz on Oct. 19, 2009, while dolphins jump in the ship’s wake. An interesting picture, in my opinion, since the idea of power of a US supercarrier is balanced by the sense of freedom transmitted by the dolphins jumping out of water.

“Technology and nature (coexisting) in the Indian Ocean”. 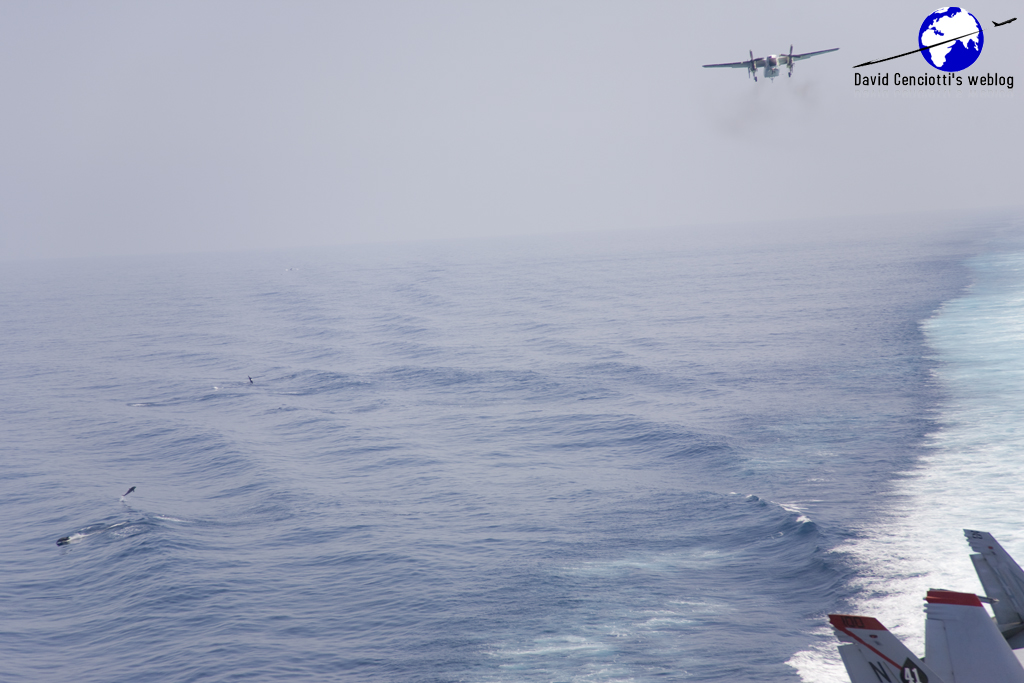 Photo: The USS Nimitz passing under the Golden Gate bridge

The following pictures were taken, more or less at the same time, few hours ago. They show the USS Nimitz passing under Golden Gate bridge and entering the Bay to attend the Festival in San Francisco […]