On 27 July 1955 an El Al Lockheed L-049 Constellation (with registration 4X-AKC, similar to the example shown below) was flying the London – Tel Aviv route via Wien when it strayed into Bulgarian airspace and was shot down by two Bulgarian Mig-15s. After being attacked the plane exploded in mid-air and crashed near the village of Petrich, killing the seven crew members and 51 passengers on board. 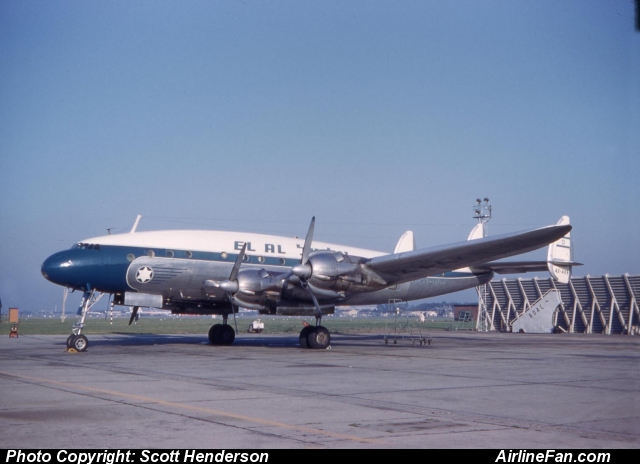 The El Al flight 402 had departed from Wien-Schwechat International Airport at 02:53LT and after leveling off it encountered a severe thunderstorm activity enroute to Israel.

Using old NDB (Non-Directional Beacon) navigation aids, the crew believed they were overflying the Skopje radio beacon so they turned the course and inadvertently entered the Bulgarian territory, where the airliner was intercepted at around 5.000 meters and shot down by the fighters.

The accident was investigated by an international commission and the following statement was issued as the main cause of the incident: “The aircraft sustained a hit or hits which caused loss of pressurization and a fire in the heater compartment. The aircraft broke up in mid-air due to explosion caused by bullets hitting the right wing and probably the left wing together with a bullet or bullets of large calibre in the rear end of the fuselage.”

In order to prevent similar incidents in the future, a safety action was issued by the commission after the end of its work, recommending that more VOR navigation aids (or VHF Omnidirectional Range) should be used on airway Amber 10 (the airway entered by the Constellation) instead of just one as it was when the shot down occurred. 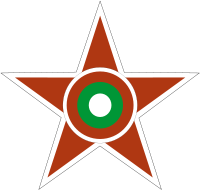 At the time of the incident the NDB navigation was largely used by the airliners but as we known nowadays it was and still is subject to a series of limitations that can induce the systems to a false interpretation of the signals and therefore lead the crew to navigation mistakes.

The so-called “thunderstorm effect” happens when an electrical storm is nearby, the ADF (Automatic Direction Finder) needle points to the source of lighting rather than to the selected station because the thunderstorm sends out radio waves. The pilot should notice the flashes and not use their indications. Small aircraft flying as GAT use the ADF extensively, not only for navigation purposes, but also to determine the position of thunderstorm cells, in order to avoid them (they are not equipped with weather radars and need to detect the bad weather mainly visually). Nevertheless, the instrument still equips many airports and it is used for non-precision approaches or as a reporting point or fix of instrument approach procedures. Obviously, like VORs (VHF Omnidirectional Range), NDBs can be located both at an airport or at a remote location: for example, aircraft arriving in Rome Ciampino airport, points to the URB radio beacon (located at Urbe airpot) to start the ILS procedure for runway 15. Like VORs, NDBs can be located either on the airport or at a remote location.

Back to the airspace violation and subsequent shot down, the response from the Israeli government was immediate and firm, blaming the People’s Republic of Bulgaria of “being responsible for the destruction of the Israeli aircraft and for the loss of life and property and all other damage….”

The counterpart, instead, admitted since the beginning the complete responsibility for the fact, advancing many times a proposal of compensation to families of the involved victims.

Although the Israelis never doubted the principle according to which each sovereign state can adopt defensive measures that imply the use of force for the protection of its own territorial integrity, but stated such measures should be balanced with a fair regard of humanity of the foreign aircraft, as Article 51 of the United Nations Chart implies.

The Government of Tel Aviv did not claim anythingh or generate any dispute for the fact that its plane violated the Bulgarian airspace and confirmed the full Bulgarian legitimacy to adopt adequate measures for the defense and control of its territory (As stated in Article 1 of the Chicago Convention “every State has complete and exclusive sovereignty over the airspace above its territory”).

Furthermore, according to Article 6 of the same Convention, it is also sustained that “No scheduled international air service may be operated over or into the territory of a contracting State, except with the special permission or other authorization of that State, and in accordance with the terms of such permission or authorization”

Before the International Court of Justice (which at the end will declare its lack of jurisdiction upon Bulgaria), Israelis would also show some historical data being taken from previous airspace violation occurred over the years worldwide.

In most of the analyzed cases , the State whose airspace was violated used to respond only by performing a radio contact with the intruder and of course by a real interception, that could be followed by a request to land or to return to the initial course. All of this without jeopardizing the integrity of the civil intruder and its passengers.

Israel also blamed the counterpart to giving contradictory press releases after the happenings, since the Bulgarian Government initially recounted that the foreign intruder was instructed to land immediately after being intercepted; only when these requests were not followed, the fighters decided to employ the use of force.

On the other hand, on a statement dated Jul. 28, 1955, this report was not mentioned anymore and the happenings were described as if the fighters after being unable to establish a visual contact of the intruder decided to shot down the unidentified enemy plane. Bulgaria was in a corner.

All its statements were not sustained by firm and truthful facts and were often contradictory. The armed forces for instance only managed to pronounce that at the time of the incident the intercepting fighters adopted some generic “international rules” and “specific signs established by international code” without indicating which source they were referring to.

The case was brought before the International Court of Justice, which at the end asserted its lack of jurisdiction for the matter.

At the end the quibbles of the legal rules did not allow to sentence the awful act perpetrated by Bulgaria but now, after almost sixty years, no one tries to deny the irresponsible and hasty interception strategy adopted at the time of incident.

The lack of well-known procedures and maybe also the political climate at that time caused the loss of 58 innocent lives.

Unfortunately it did not stop happening.

“Dragon Lady 360 missing” On May 1, 1960, an American U-2 spy plane was shot down over the Soviet Union, near the city of Sverdlovsk. This episode is remembered as the most famous aerial incident […]

In the last days I’ve spent a lot of time on the following website: http://gc.kls2.com/ It provides an interesting and useful tool to draw Great Circle routes: a great circle is the shortest path interconnecting […]