The “I-2012”, a DC9-32 of the 31° Stormo of the Aeronautica Militare (Italian Air Force, ItAF), is one of the most famous Italian aircraft. It carried the Italian National football team that won the Spain World Championship in 1982 and was the aircraft that flew the Italian Presidents and Prime Ministers for decades. The aircraft was retired in 2002 and for many years it remained parked in Ciampino airport until Alitalia decided to use it to train maintenance personnel. For this reason in the night between Oct. 15 and 16 2007, it was disassembled and transported to Fiumicino, where it arrived after 24 hours of work, inside the Avio 5 hangar.
Here’s a picture of the famous DC9 in the new location performing the new role of “maintenance job trainer”. 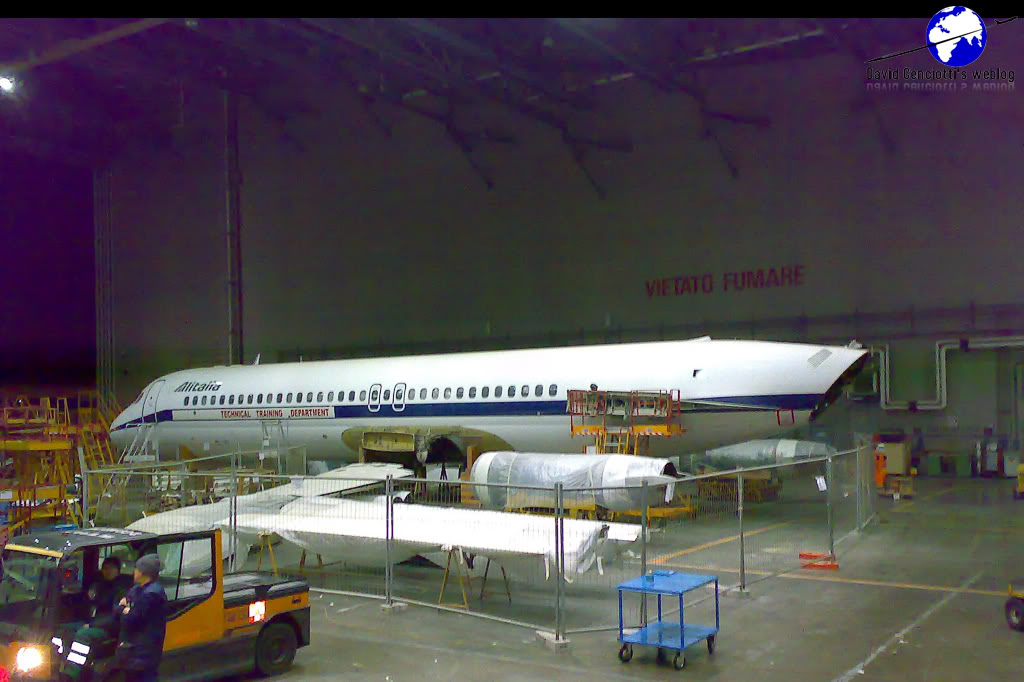 The following pictures were taken in the morning of Jul. 11, 2009, by Giovanni Maduli, who went again to Urbe airport to see the departure of the US Army CH-47s that escorted the “Marine One” […]