In a previous post about the safety of the B747s, I compared the problems that the 747-400 fleet has been experiencing in the last period with the number of failures that occurred to the B.777. In particular, referring to the IFSDs (In-flight Shut Downs), to the BA038 crash landing, etc. I used the following words:
“As sometimes happens in aviation, there are some periods in which a certain number of problems occur to the same kind of aircraft. Do you remember the 777 (engine) problems that were widely discussed in this site? You can call it coincidence or bad luck but, in my opinion, an airplane is not a car and does not begin to give problems just after it is no longer covered under your warranty.” I then explained what I meant.
When I wrote that sentences, I could not imagine that two new emergencies, both with an happy ending, could affect once again the “triple seven”.
The first one occurred to a Vietnam Airlines B.777-200 whose starboard engine caught fire after the plane arrived at Tokio Narita Airport on Jul 30. Some smoke coming out of the Pratt & Whitney engine was noticed while the flight 950 was taxiing to the gate after landing. Fortunately, engine caught fire after all passengers had disembarked and none of the of the 277 passengers and crew members was injured.
The second was experienced by Emirates B.777-300 with 380 passengers on board that, when enroute from London Heathrow to Dubai, was compelled to divert to Budapest after pilots noticed some smoke inside the cockpit. No more information have been released yet about these two emergency and this is quite normal. Not so normal is that, despite we were expecting from a final report from the AAIB in 30 days, so far, the root cause of the crash landing of the British 038 flying from Beijing to London on Jan. 19 was not yet (officially) discovered. 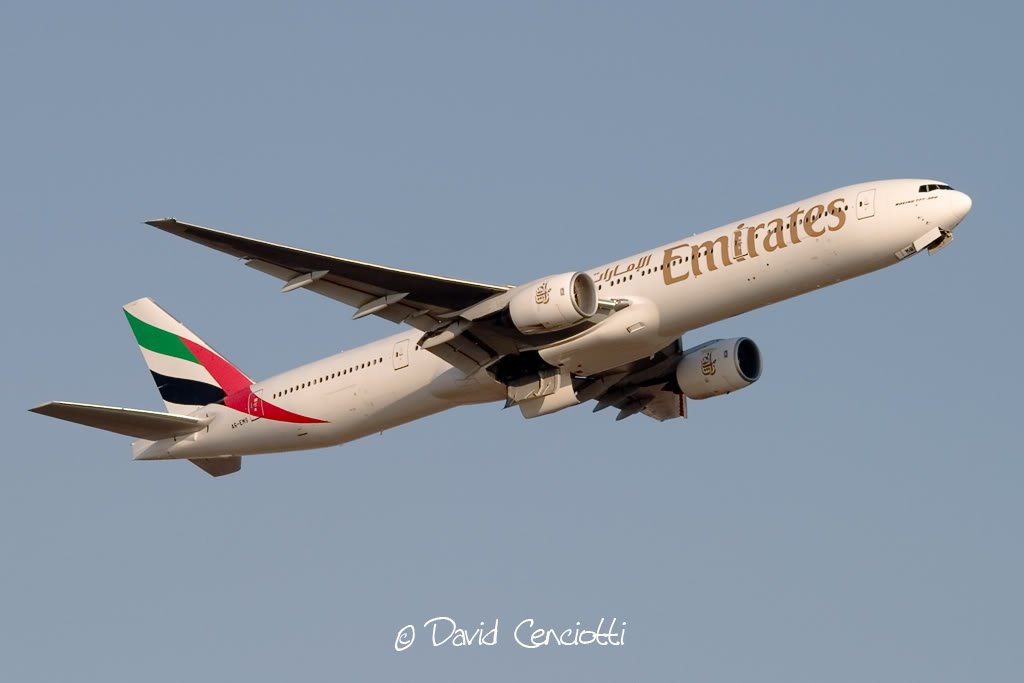 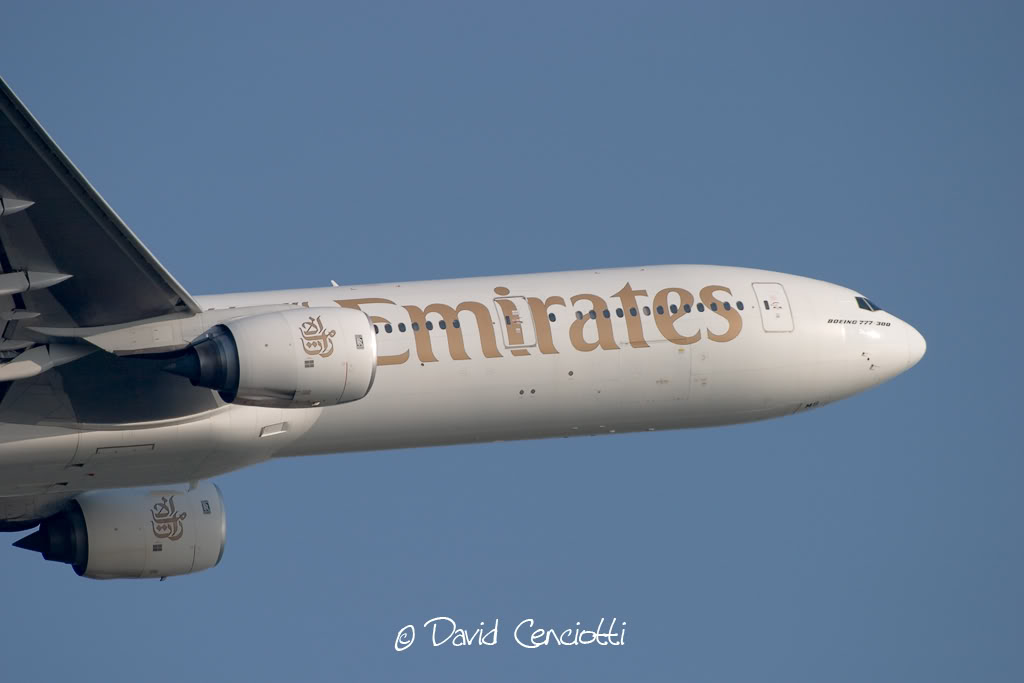 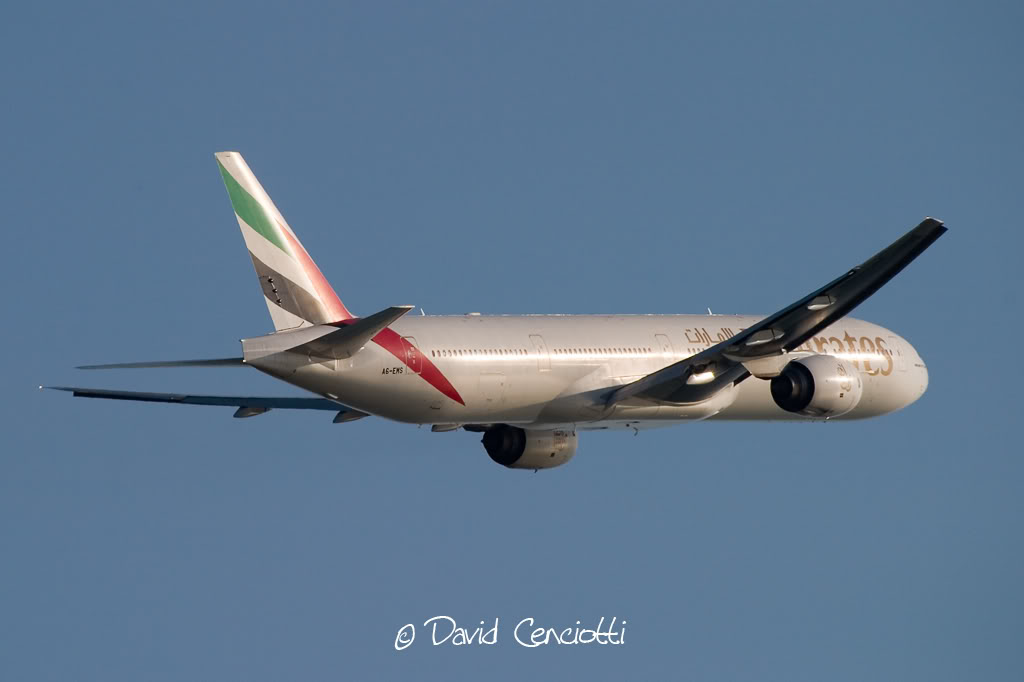 Coming back to the Qantas 30 investigation, the recent ATSB press conference provided new details about the QF30 decompression. First of all, a piece of the oxygen cylinder that exploded in the cargo area below the First Class, smashed through the cabin floor and moved an emergency door (that, anyway, could not open as the latches were still engaged). Most dangerous, is that the explosion, whose cause is still under investigation, affected also other on-board equipments, and in particular the three ILS (Instrumental Landing Systems) and the antiskid. Fortunately, QF30 could land in Manila under VMC condition, performing a visual approach. One might think that even without the ILS a wide-body has plenty of navigation istruments available to perform a safe approach. This is true, nevertheless, landing a damage aircraft into an alternate airfield in bad weather conditions without a functioning ILS would have been much more difficult.

Here’s the full media release from the ATSB website (with info about the oxygen masks failure):

Investigation into Boeing 747- 400 depressurisation and diversion to Manila, Philippines
30 July 2008

The data from the flight data recorder has been recovered and downloaded. Initial analysis of the data indicates that the aircraft decent from the decompression event at 29,000 feet to the altitude of 10,000 feet, where no masks are required, took about five and half minutes, with an average descent rate of about 4,000 fpm. The ATSB is still verifying and analysing the data on the recorder.

The ATSB can confirm that it appears that part of an oxygen cylinder and valve entered the passenger cabin and impacted the number 2 right door frame handle, thereby moving the handle part way towards the open position. However, the door handle mechanism has been sheared as it is designed to do if an attempt is made to open the door in flight, so the position of the door handle is not representative of the position of the door lock mechanism or the security of the door. The investigation team have confirmed that the door latches were still engaged. Additionally the door is of the plug-type that first needs to be pulled into the cabin, rotated 90 degrees then pushed out to open. So there was never any danger of the door opening.

The investigation team have surveyed the passenger cabin including the oxygen masks. The team found that most of the oxygen masks had deployed correctly from the passenger modules and had been pulled to activate the flow of oxygen to the mask. According to the airline, there were 346 passengers on board. Inspection by the ATSB shows that 484 masks had deployed, that is, dropped from the ceiling. Of those, 418 had been activated by pulling on the mask to activate the flow of oxygen. Only a small number of masks appeared to have had the elastic retaining strap adjusted by the passengers. It also appears that a small number of masks did not deploy from the passenger modules. Investigations into this aspect of the accident are continuing.

Interviews are continuing with the cabin crew in relation to this issue. Additionally, the ATSB is preparing a passenger survey that will be sent to all passengers to gather information about their experience of the event. The ATSB also plans to interview those passengers that encountered specific problems either with the masks or the decompression event.

The investigation team is still examining the oxygen system, including liaising with the manufacturer to determine if the flow of oxygen was adequate for the five and a half minute descent to 10,000 feet, where the masks were no longer required.

The team have confirmed that the aircrafts three Instrument Landing Systems (ILS) and the anti-skid system were not available for the arrival and landing at Manila. However, evidence to date indicates that all the aircrafts main systems, including engines and hydraulics were functioning normally. The approach to Manila airport was conducted in visual conditions. It should be noted that other pilot navigation instruments (VOR and NDB) were still available to the crew should the conditions not have been visual. Additionally, Air Traffic Control could have provided radar assistance if the crew had required it.

From the evidence gathered to date it appears that the flight crew have responded to and managed the emergency situation extremely well. It is apparent that they followed the procedures they have trained for in simulators, which ensured the best possible outcome for the aircraft, the passengers and crew.

A reminder that the ATSB requests that any passengers that experienced issues during the flight, or those who photographed or videoed the incident, contacts us via email atsbinfo@atsb.gov.au , telephone: 1800 020 616, or facsimile 02 6247 3117.

The investigation will need time to review and analyse the evidence collected to date and to plan and undertake further evidence gathering and analysis. It is difficult to say how long an investigation such as this will take. However, a preliminary factual report will be released by the ATSB within about 30 days and, should the need for urgent safety action by any agency be identified, the ATSB will immediately notify the relevant agencies who are best placed to address the issue. At this point, unless there is any significant development in the investigation, further media conferences are not anticipated and further information will be released as part of the ATSBs preliminary report.
Media Contact: George Nadal during business hours & after hours duty officer: 1800 020 616

Boeing has successfully improved the performance of the 30,000-lb Massive Ordnance Penetrator. According to Bloomberg’s Tony Capaccio, on his annual report, the Pentagon’s director of operational testing Michael Gilmore has confirmed that tests conducted with […]

Analysis: what these signs on the wreckage tell us about the missile strike that downed MH17

Evidence of shrapnel damage to the Malaysia Airlines flight MH17 has emerged from images taken at the crash site. Photos taken at the MH17 crash site clearly show shrapnel signs on various parts of the […]

Scary video: This is the kind of landing you should be frightened of. Wingtip touches the runway during banked approach

On Jul. 18, 2012, a Boeing 737-200 operated by Sky Airline, sustained heavy damage to the right hand wing in an accident that occurred at La Serena – La Florida airport, in Chile. The aircraft, […]