A Qantas Boeing 747-438, with 346 passengers and 19 crew members, flying from Hong Kong to Melbourne (it was a London – Melbourne flight with a stop in HKG), had to divert to Manila shortly after departure because of a hole (around 3m in diameter) between the fuselage and the right wing root that caused cabin pressure problem.

In the following picture a Qantas B747-438 (VH-OJJ) similar to the Jumbo that experienced the in-flight emergency. 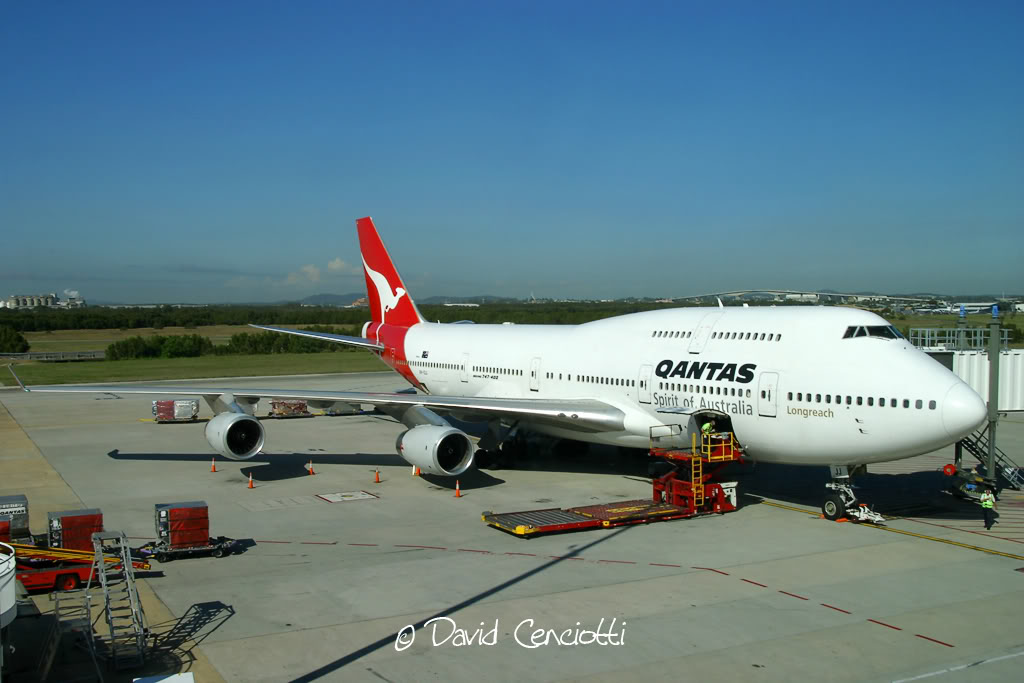 The VH-OJK had left Hong Kong as flight QF30 at 09.00 LT, when, approximately an hour later, the passengers heard a boom. Wind and debris rushed into the First Class, while oxygen masks deployed.
The aircraft was flying at 33.000 ft and the pilot immediately started an emergency descend (since temperature is extremely low at that altitude) and headed towards the nearest airport. Upon landing, an external hole in the cargo area, flooring and ceiling damages were assessed. Fortunately, no one was injured, even if some passengers were shocked and a few were sick.
In this period,

QF maintenance is in the focus of mass media because of the long lasting strike of its engineers for the requested pay rise. The VH-OKJ had just recently undergone a reconfiguration work in Avalon (it was the first to be interested by the pre-planned reconfiguration of the cabin) and, according to some rumors, the activity was longer than expected because signs of corrosion were discovered on the airframe. However, it is impossible now to determine if the accident is structural (fatigue, corrosion, etc.) or maintenance related.