Giovanni Maduli, one of my co-workers, sent me the following picture he took at Bracciano a few minutes before the NH90 EI-202 crashed into the Bracciano Lake causing the death of Capt. Fornassi. The picture was taken with a Canon EOS D20 with a Canon EF 100-400mm f/4.5-5.6 L IS USM lens (400mm, ISO 200, F/5.6, 1/1250s). It is particularly interesting cause it shows all the three crew members inside the cockpit. Even if I took many pictures of the aircraft before it crashed (see some of them here) no one was so detailed to show also the third member of the crew seated behind the two pilots (you can actually only see his hand and knee in the following picture). 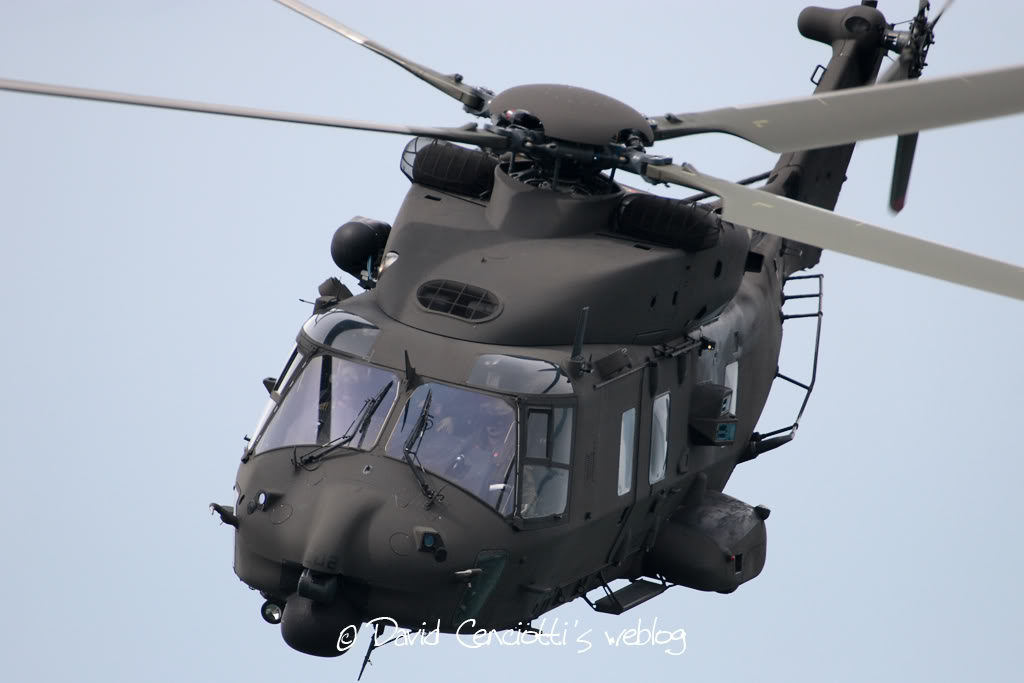 Italian Call 2011 is the name of a Multinational Helicopter Exercise held at Viterbo, Italy, from May 23 to Jun. 9, 2011, as part of the European Defense Agency’s Helicopter Training Program. It follows two […]