Until I received the press release and the following pictures from Alenia Aeronautica, I’d always thought that Helmet Mounted Displays were available only on fighters. And I was wrong, since Alenia and Elbit Systems demonstrated how the Elbit HMD LITE could be used on the C-27J “Spartan” to satisfy the need for situational awareness, head up information, eye-on-target, and improved low level flight capabilities. I had to understand earlier than today that the HMD system are going to become an important feature of the new tactical airlift scenarios. As suggested by Alenia, the HMD can be effectively used as an alternative or as a complement to Head Up Displays for the most demanding segments of the C-27J missions. As the pictures show, the HMD LITE has been tested on the C-27J in flight, demonstrating its potential in meeting tactical aircraft needs and ease of installation. The HMD LITE, that is ready for being integrated with the C-27J, was tested in different operational scenarios and in all weather conditions, demostrating the advantages of displaying the main mission parameters directly in front of the pilot, enhancing his ability to scan the terrain, for example, during an Ultra Low Level flight. Noteworthy, the HMD LITE can be quickly and easily reconfigured from day to night configuration and it is compatible with the NVG (Night Vision Goggles). An experimental avionics integration will follow the initial phase of testing activities just completed: the HMD concept will be explored more in-depth, by developing tactical airlift symbology and customized mission profiles. At the end of this second phase, customers will be able to evaluate the HMD LITE on the Spartan’ Simulator, before proceeding into the final integration with the C-27J. 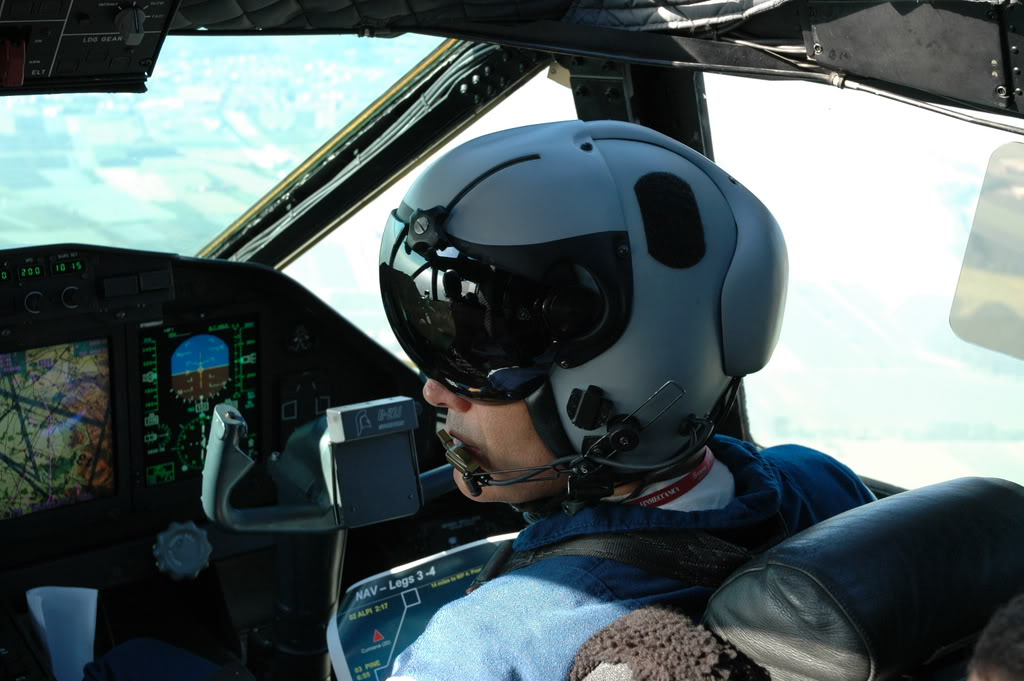 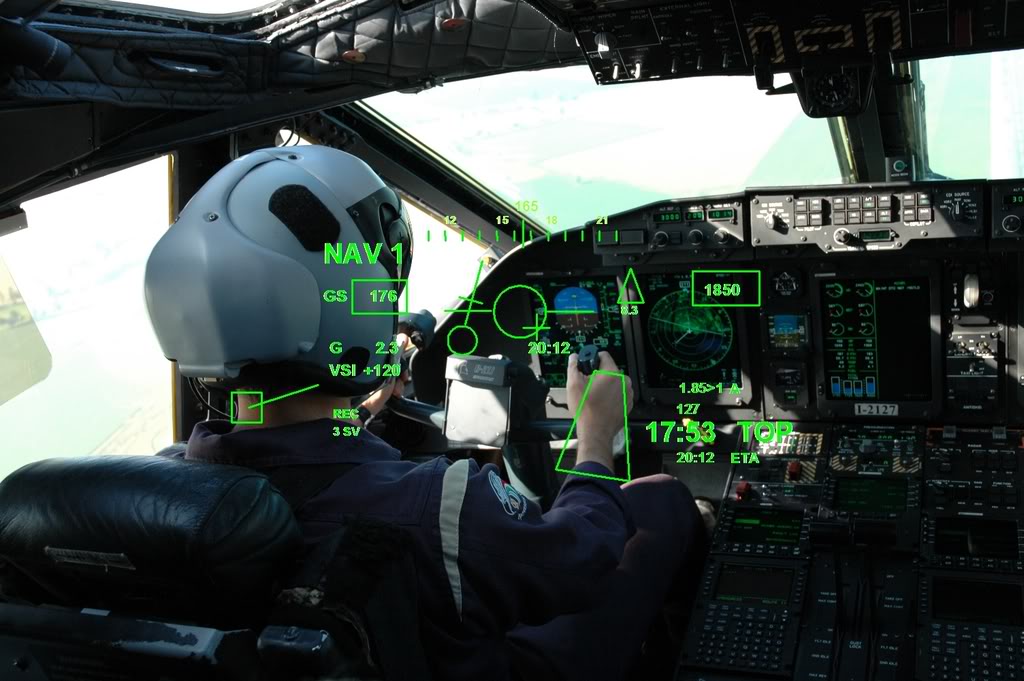 The C-27J was involved into another Alenia important achievement, announced on Jul 16 at Farnborough. The Sky-X unmanned air vehicle (UAV), taking off from Amendola airbase (home of the 28° Gruppo of the Italian Air Force, the only one to operate the Predator UAV), successfully completed for the first time in the world, a series of rejoin manoeuvers with another aircraft (that simulated a tanker) in a simulated air to air refueling (AAR) operation, in a completely automatic way. Without any intervention by the ground station’s the Sky-X successfully carried out the entire approach and alignment with the Alenia C-27J, getting behind the tanker at the distance needed to plug a probe into the drogue located at the end of the flexible hose that trails from the refueler. After completing the testing activity, that was carried out above the Adriatic sea, at an altitude of 6.000 feet and at 140 KTS, the UAV returned to the base, landing and taxing to the parking area, automatically. Even if the manoeuvre can be managed by the operators in the ground station, Alenia Aeronautica’s activity on the Sky-X has been focusing on developing the capability of the aircraft to automatically chase and approach another airplane, in order to accomplish a virtual AAR. For this reason, the UAV is equipped with an advanced mission management system; the Sky-X on-board computer, using a GPS/optical chasing system and processing the flight data provided by the aircraft’ sensors, is able to plan the rejoin with the tanker and achieve the visual contact. During the rejoin with the C-27J, the Sky-X computer proved to be capable of accomplishing the outdistancing from the tanker and of re-programming routes until automatic landing.
The test was extremely important because it demonstrated the possibility of managing the flight in formation of one or more UAVs and the possibility to inter-operate with a “mothership” or with a tanker in an AAR operation. 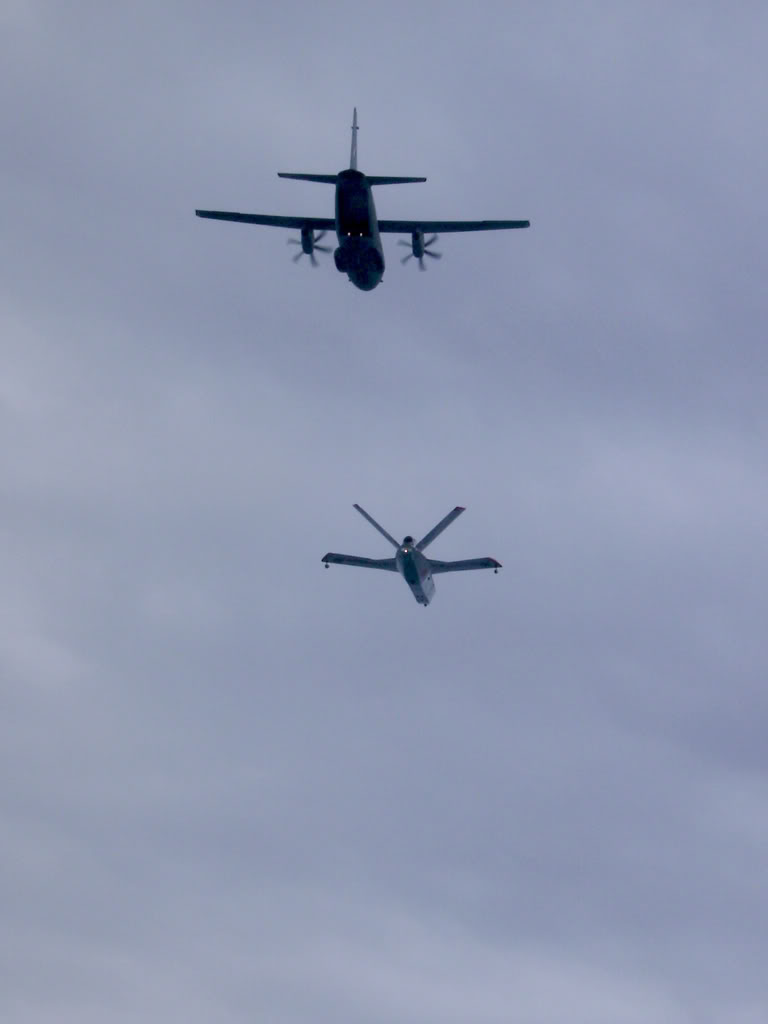 Anglo-French UAV papers go missing (along with wisdom). Do you still carry your mission critical data on paper?

In early February it was announced that France and the UK were working together on a joint drone project, a Medium Altitude Long Endurance surveillance drone with a possible secondary offensive capability. According to an […]

A series of interesting articles, dealing with the interception of live video feeds broadcasted by the Predator UAVs (Unmanned Air Vehicles) operating in Iraq and Afghanistan by the local insurgents, was published today on worldwide […]