Four RAF Typhoons belonging to the 29 Sqn OCU of Coningsby are currently deployed to Grosseto to operate with the F-2000 of the 20° Gruppo OCU of the Aeronautica Militare. Adriano Bonelli took the following pictures on Jul 8 while the Eurofighters were returning to base after an air-to-air training mission in one of the operating areas used by the 4° Stormo. 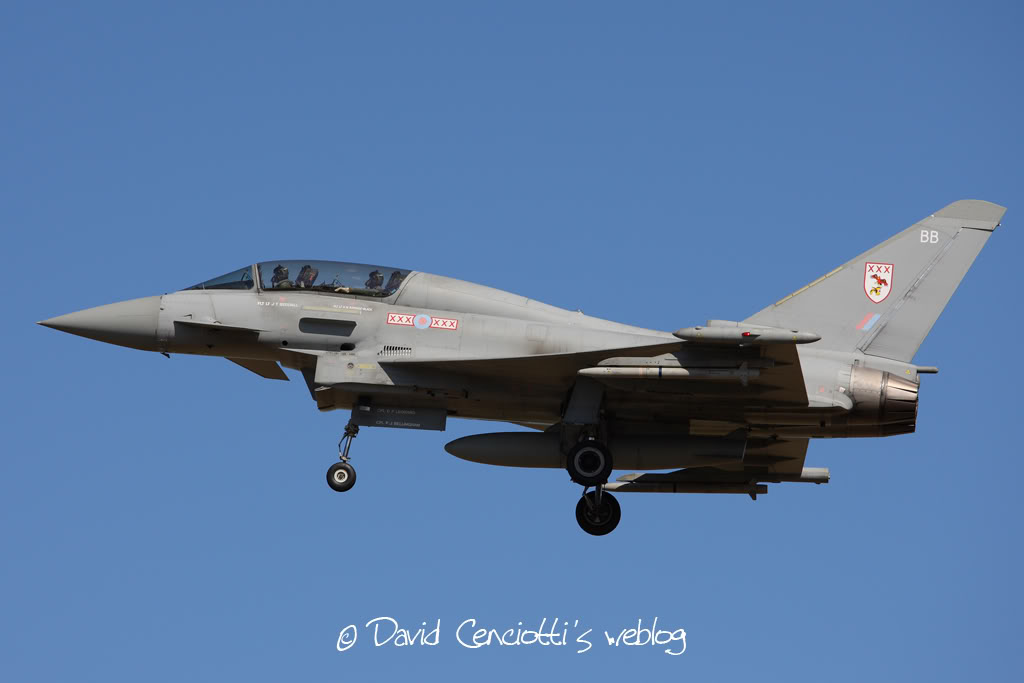 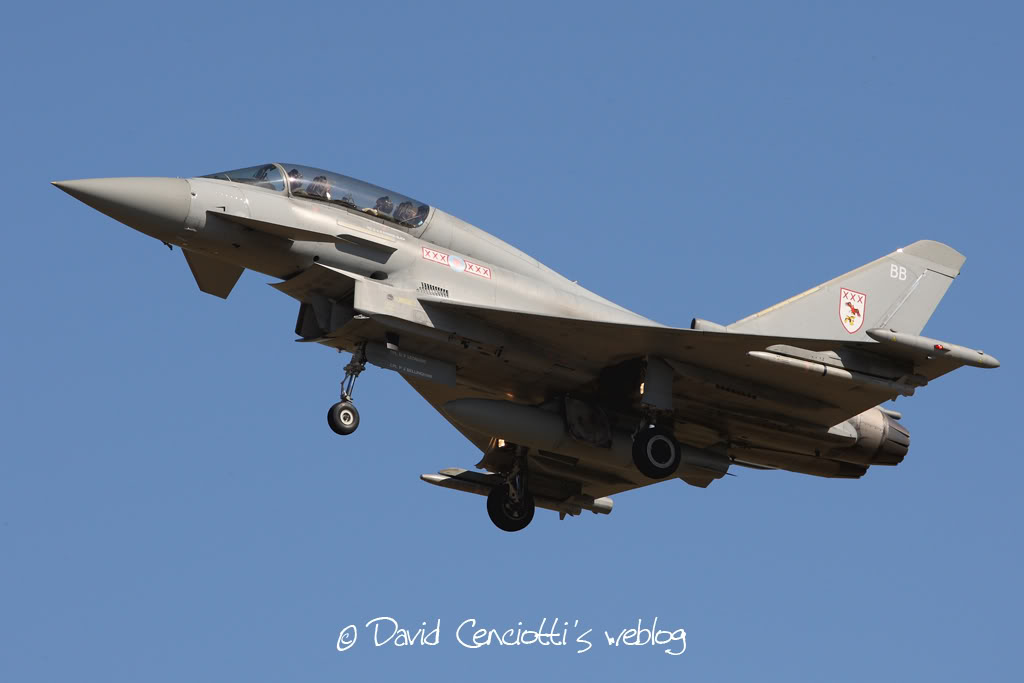 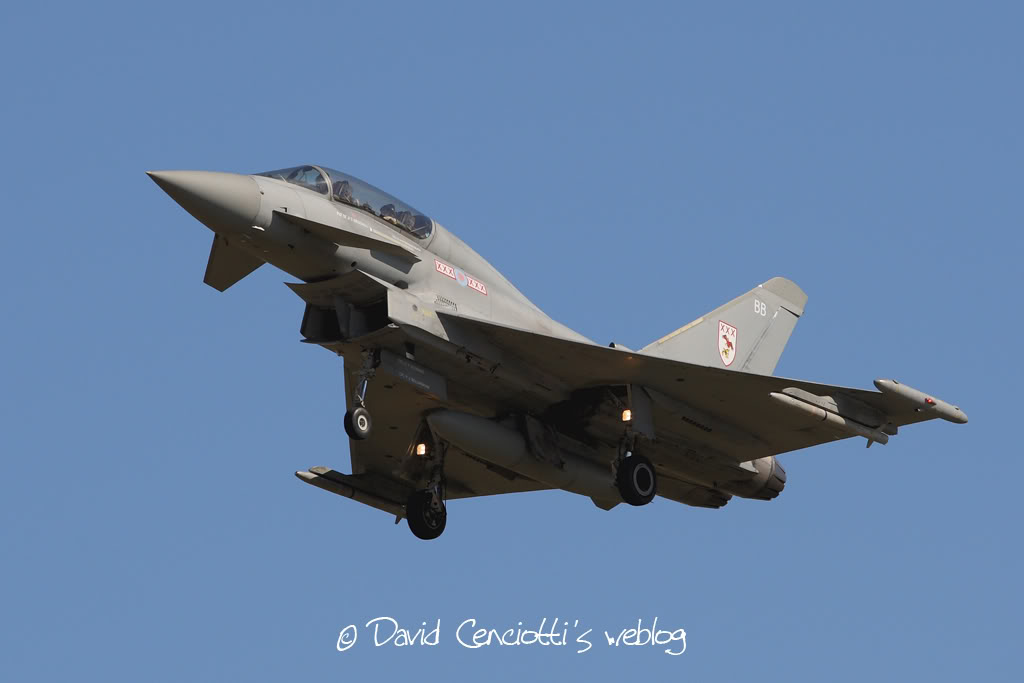 The aircraft, retired from service last year, should replace the Boeing 707 Cóndor. The Chilean Air Force (FACh) might get in the near future three of the E-3D Sentry AEW Mk.1 recently retired by the […]

The first Eurofighter Typhoon of the so-called Tranche 3 standard, has started its flight tests at BAE Warton, UK. Tranche 3 is the latest version of the Typhoon which embedded hundreds of modifications to make […]