While being widely involved in the Ex. Spring Flag 2008, the Italian Air Force ensures the SSSA (Servizio Sorveglianza Spazio Aereo, Airspace Surveillance Service) with its F-16s and F-2000A ready to takeoff in scramble (alert takeoff). On Apr 7, during the first day of the SF08, an Ukrainan Tupolev 134/A was intercepted by two F-16ADF of the 5 Stormo of the ItAF. The two “Vipers” were scrambled because the Tupolev had entered the Italian airspace without a valid diplomatic clearance. The F-16s belonging to the 23rd Gruppo QRA departed from Cervia at 13.55L, intercepted the Tupolev to perform a Visual Identification (VID) and escorted the “zombie” until 25 NM SW of ALG, outside the Italian airspace.
Two 23rd Gruppo’s F-16s, temporary deployed to Trapani airbase, play also an important role in the Spring Flag as part of the Opfor party along with 6 Vipers of the locally-based 18th Gruppo of the 37th Stormo. 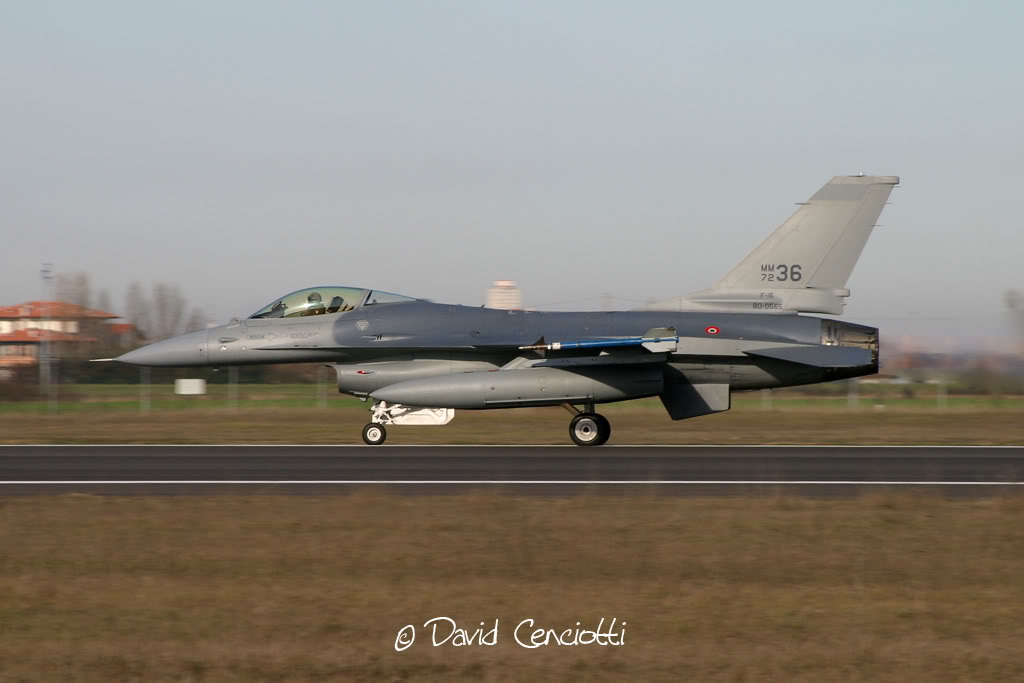 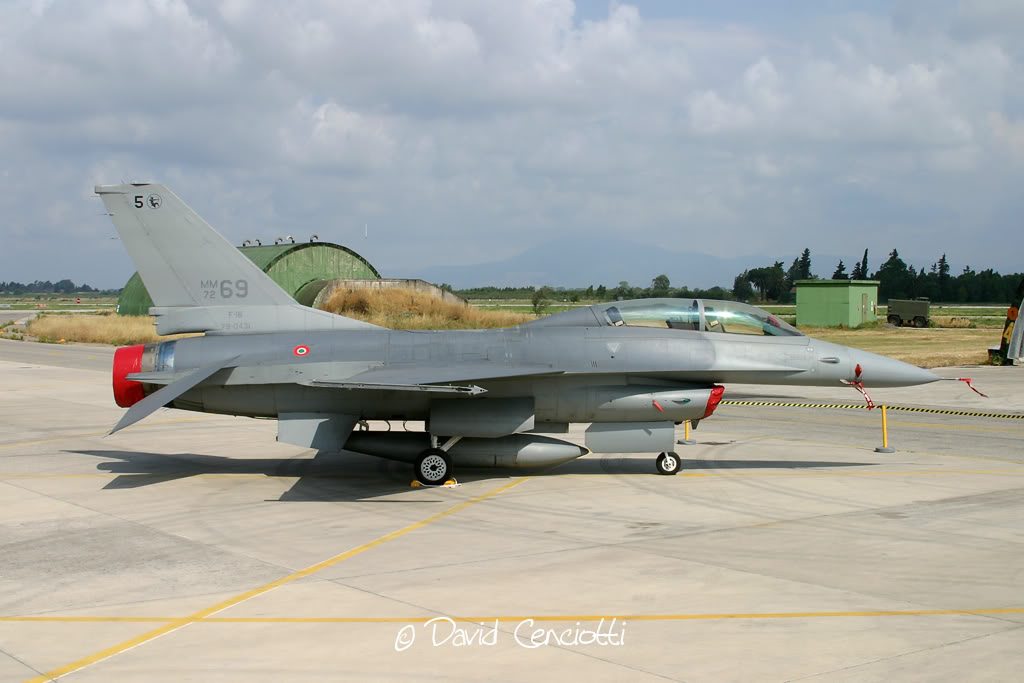 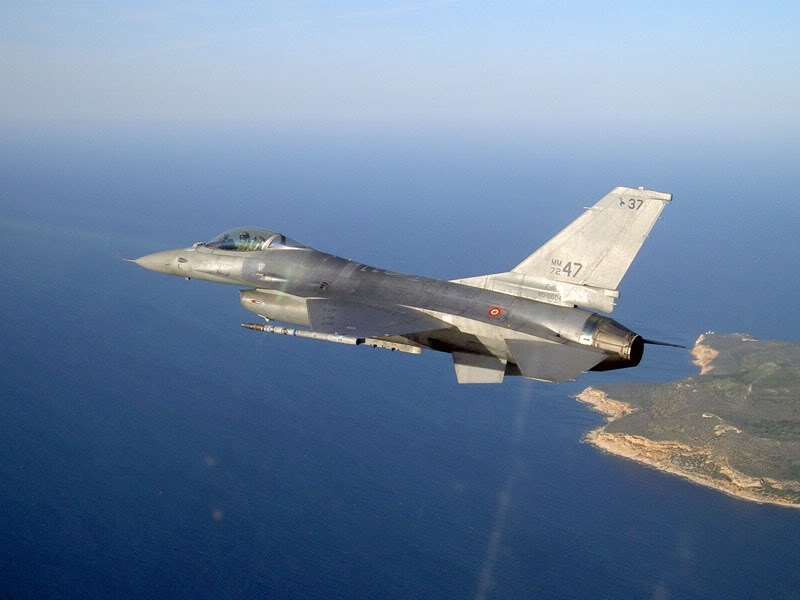 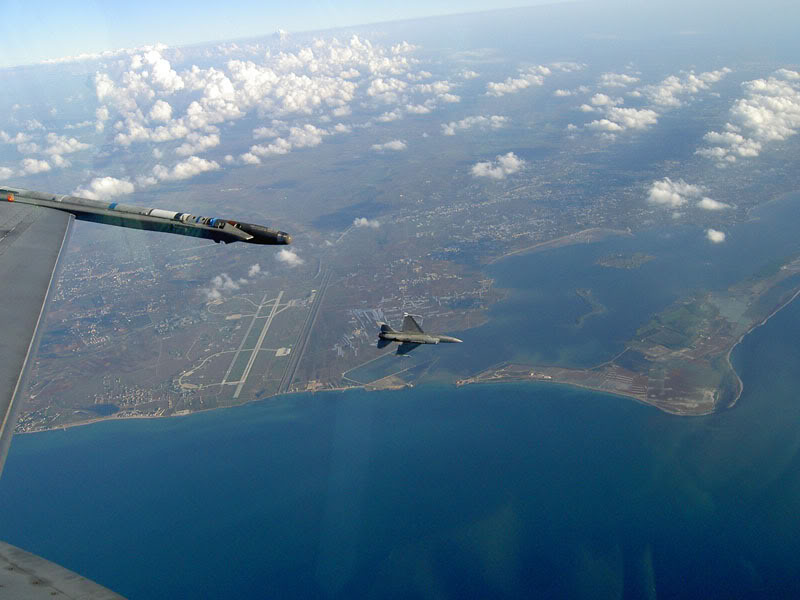 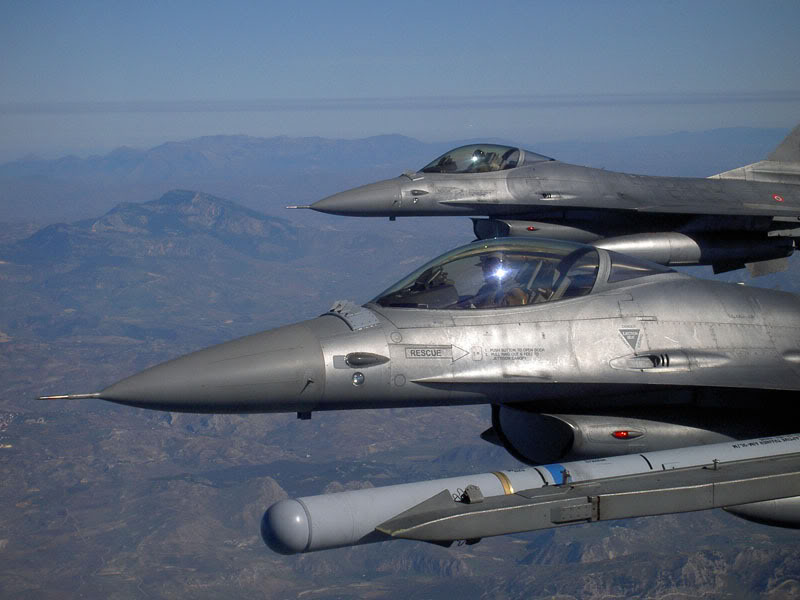 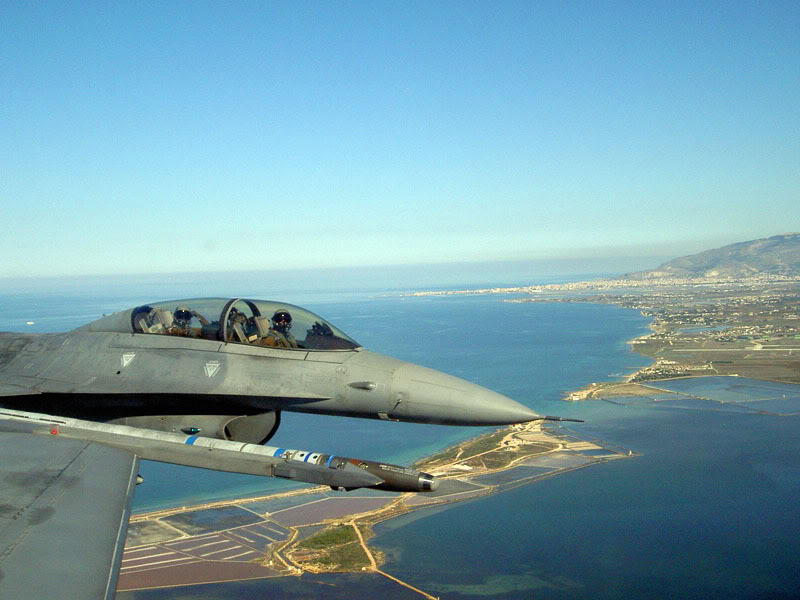 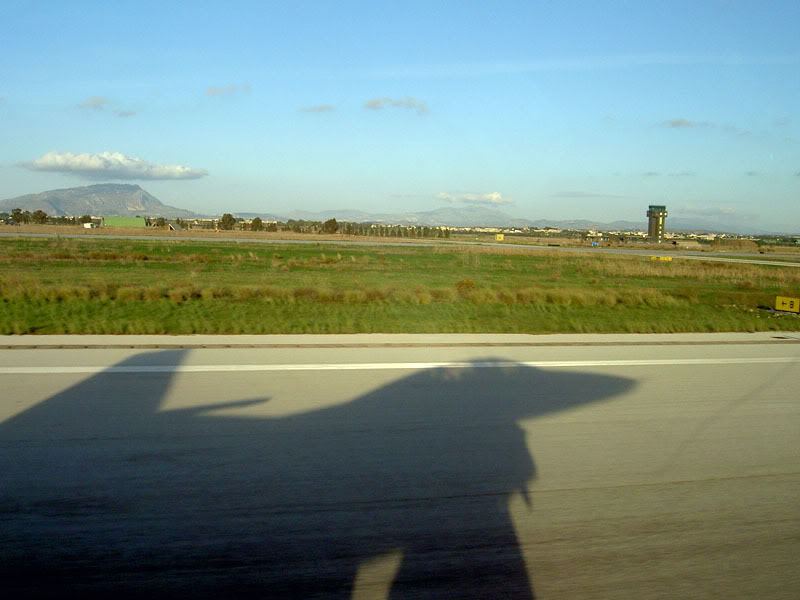 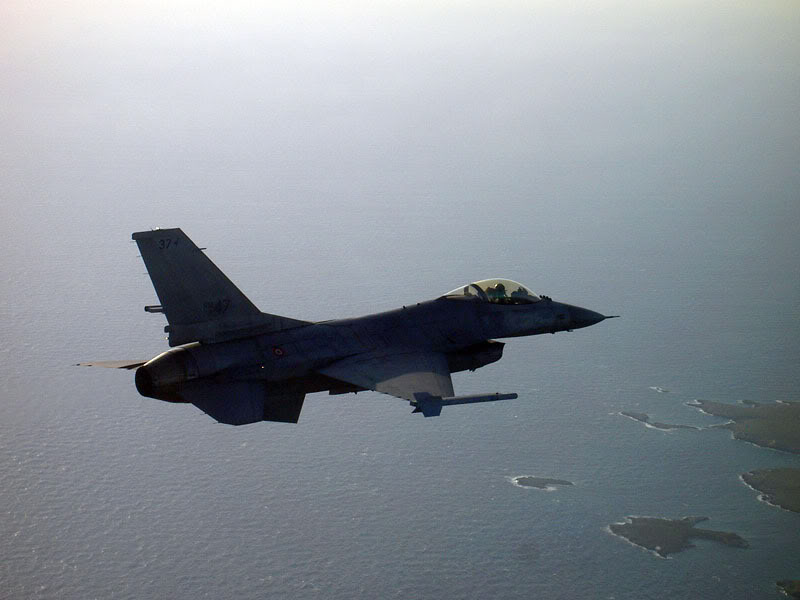