Giovanni Maduli sent me this picture of the Italian aircraft carrier Cavour (550) he took recently in Fincantieri’s shipyards in Muggiano, near Genoa.  The ship, that will be delivered to the Marina Militare (Italian Navy) in 2008, has an overall length of 244 meters and a runway  180m x 14m with a 12° ski jump that will be able to serve 8 V/STOL (Vertical/Short Take-Off and Landing) aircraft such as AV-8B+ Harrier or 12 helicopters, such as the EH-101, NH- 90 or SH-3D. The ship will be fully compatible with the F-35 Joint Strike Fighter VTOL variant and will most probably accomodate a mixed force composed by both aircraft and helos. 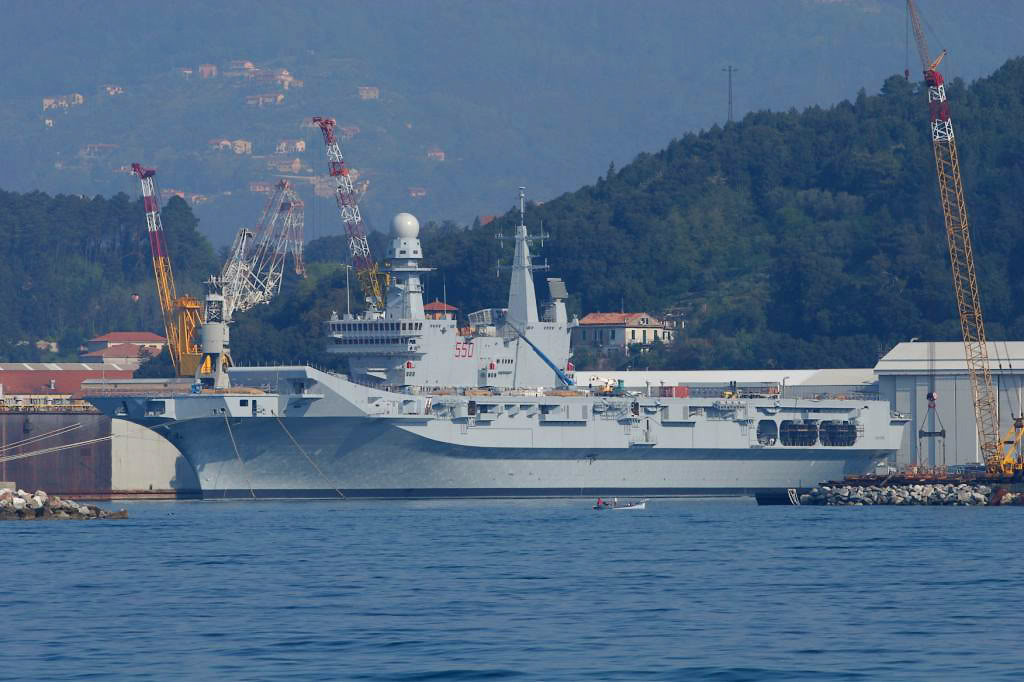 Beautiful Visuals Meet Mechanical Understanding in Aircraft Carrier Documentary. With some cool footage of F-35B and F-35C stealth jets. Large format filmmaker Stephen Low has taken his IMAX cameras to sea for the filming of […]

These things happen once every some million flights. The KA-6D was a tanker version of the A-6 attack aircraft obtained by converting existing Intruder airframes: radar and bombing equipment were removed and replaced with an internal hose-and-reel […]