On March 28th 2007, the Frecce Tricolori made a flypast on Vigna di Valle museum, during the ceremony for the 84th Anniversary of the Aeronautica Militare (ItAF). The following pictures, taken there by Giovanni Maduli, show the formation flying with 5 “unmarked” aicraft, almost a record. As you can see, number 1, 3, 5, 7 and 9 are flying without the distinctive yellow code on the tail. The 313° Gruppo is equipped with 15 MB.339A/PAN MLU, aircraft that (internal smoke generator system aside) differs from the version serving with the 61th Stormo, by the characteristic blue colour scheme. The big yellow numbers are ID stickers that are usually removed at the end of the airshow season when aircraft are grounded and inspected for maintenance purposes. Airframe stress is not uniformely distributed within the formation; aircraft flying along the longitudinal axis of the formation sustain minor G loads than those flying externally (the so-called “2nd wingmen”) and so they usually keep their position and corresponding number for more seasons. However they can change position (as these pictures show), to replace aircraft that suffered higher airframe stress and need some “rest”. For instance, the number “10”, flown by the solo and thus sustaining intense G forces, is replaced each year with the aircraft of the formation in better conditions. Moves happen very often and this is the reason why during the “training period” (from November to May 1st), Frecce Tricolori fly the whole formation with blank tails or with unusual numbers, like “12” or “13”. 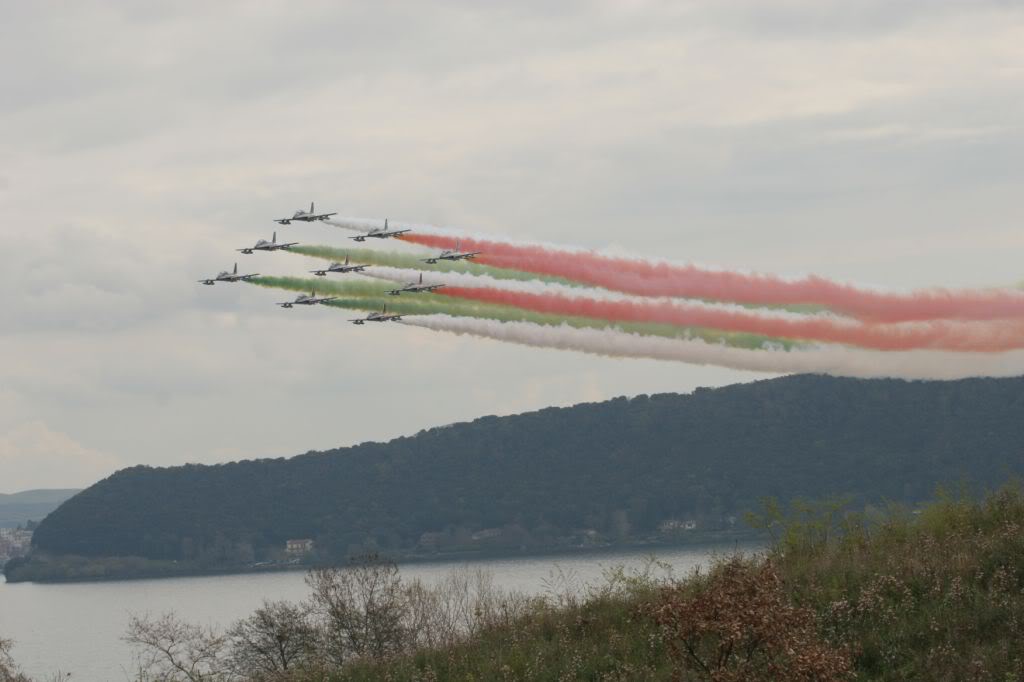 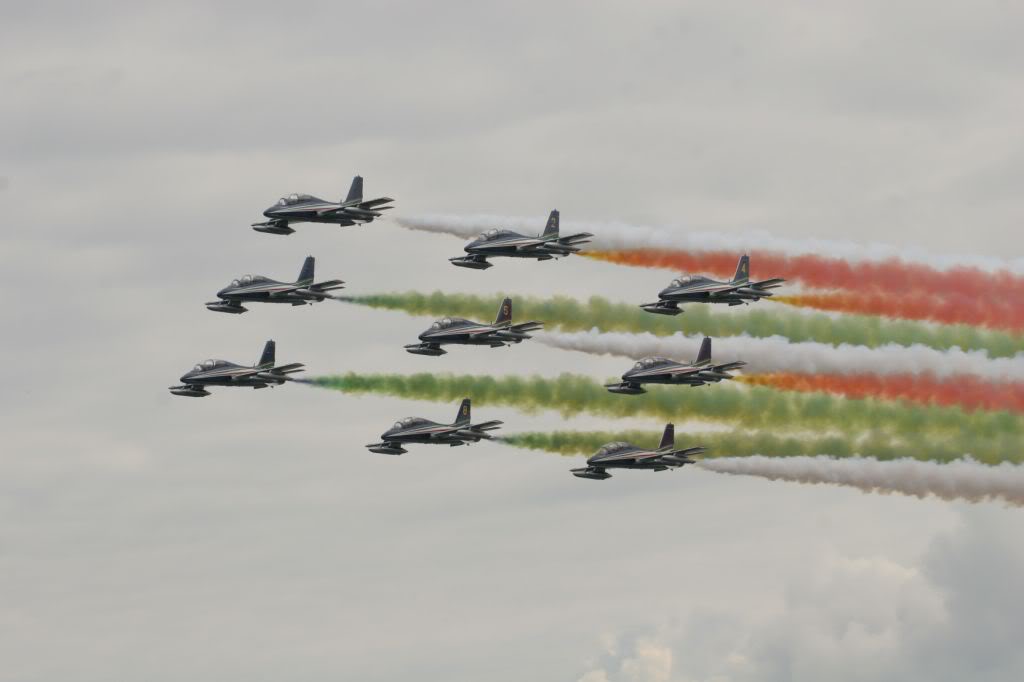 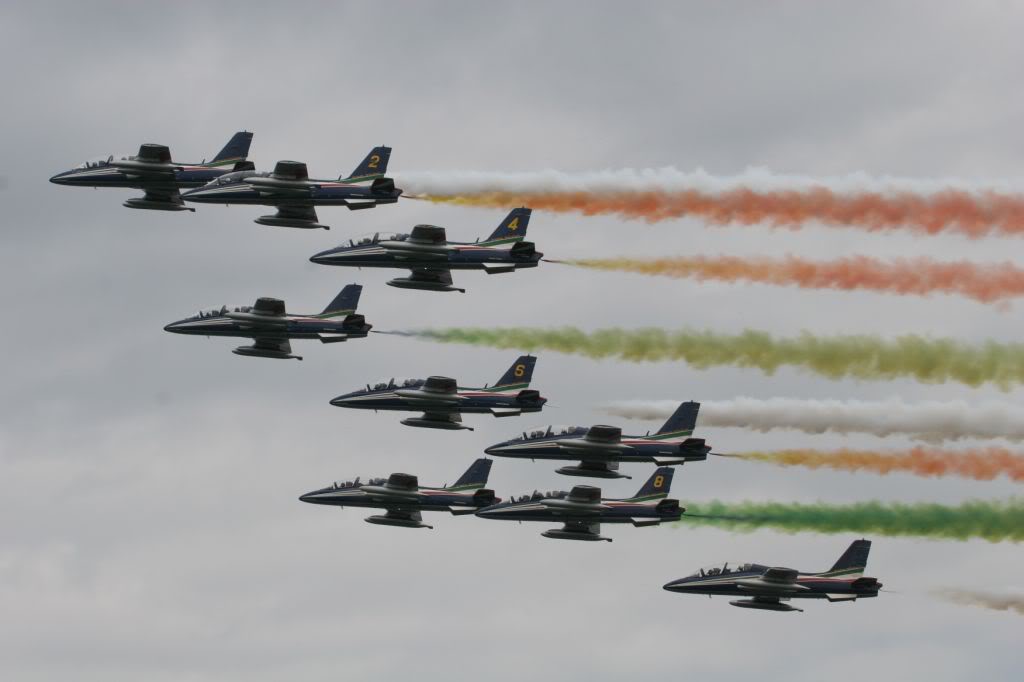 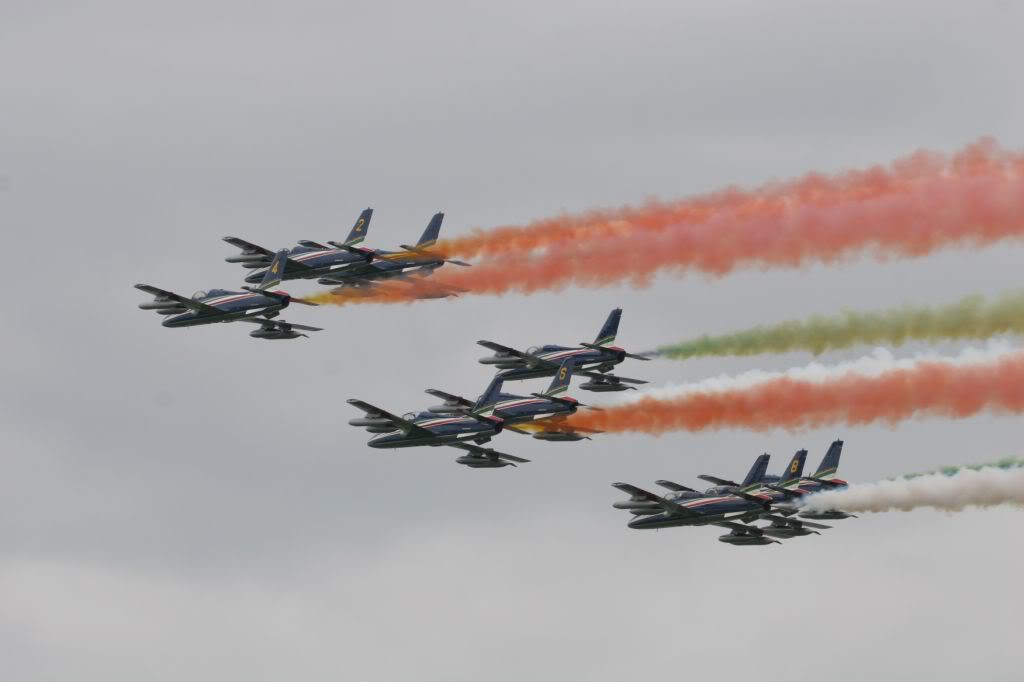 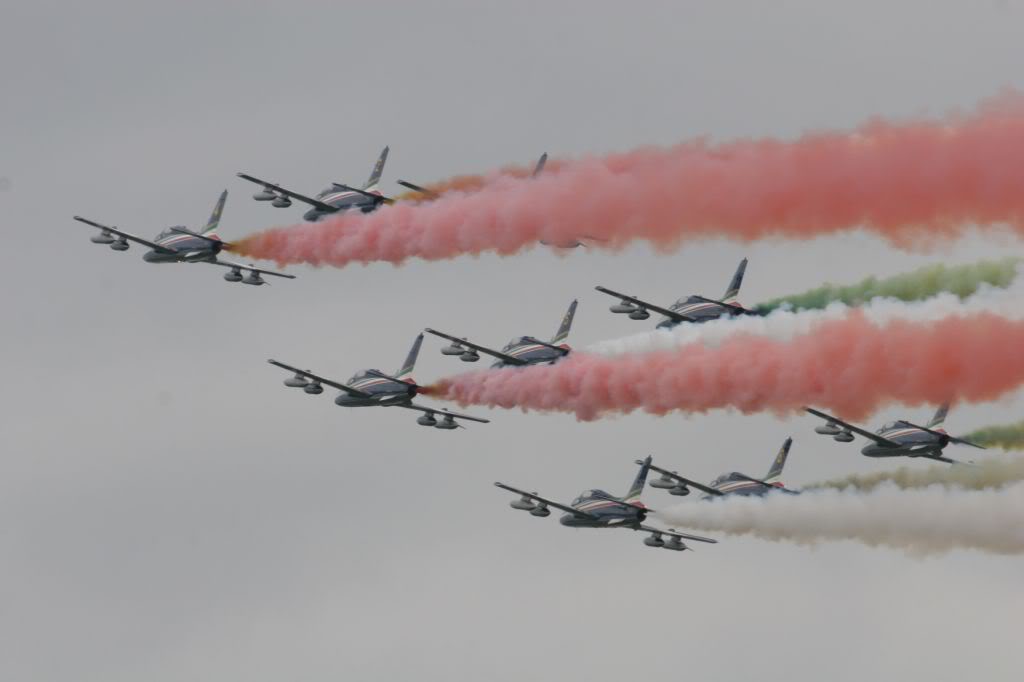 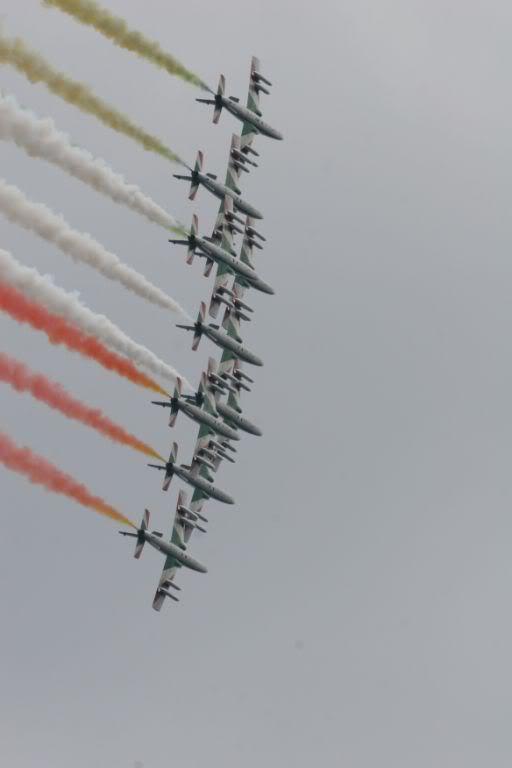 The scene of the Italian Air Force display team performing their trademark final maneuver has gone viral, so much so President of the United States used it for a message of encouragement to Italy. Italy […]