Delivery of the most advanced production Eagles ever to Saudi Arabia continue.

The first four of 84 new F-15SA aircraft ordered by the Royal Saudi Air Force along with an upgrade package for 68 existing RSAF F-15S jets, arrived at King Khalid Air Base (KKAB) in Saudi Arabia via RAF Lakenheath, on Dec. 13, 2016.

The aircraft, taken on charge by the 55th Sqn, were followed by a second batch of four F-15SAs that arrived at KKAB via Lakenheath in February, and by a third batch of five advanced Eagles that made the usual stopover in UK late on Saturday Mar. 28.

The Aviationist’s Tony Lovelock was at RAF Lakenheath and shot the photographs you can find in this post. 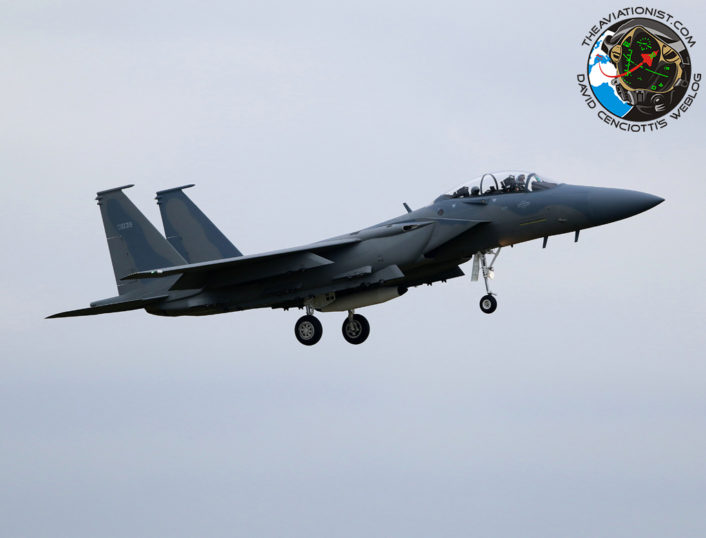 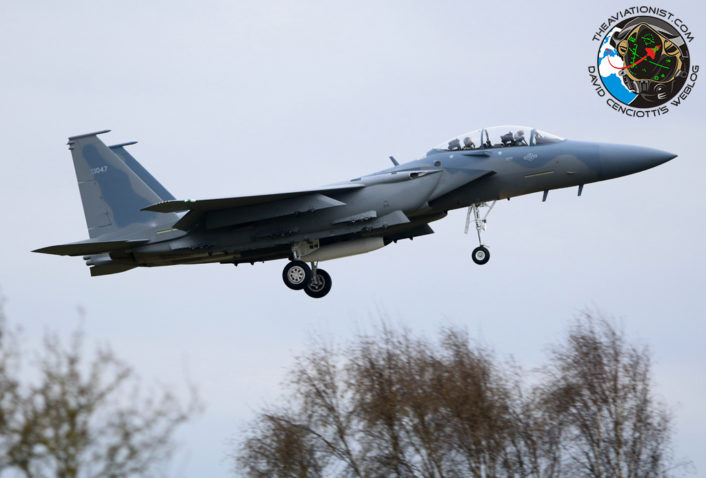 U.S. Air Force F-15E flying in the Mach Loop prove how maneuverable a Strike Eagle can be at low altitude and high speed. Low level flying is quite demanding because of the risk involved with […]