Flightradar24.com can show the air war against Daesh in real time.

Here’s what one of our readers spotted over Iraq in the night of Jun. 14 while some ISIS targets were probably being targeted or spied.

Here are the screenshots. 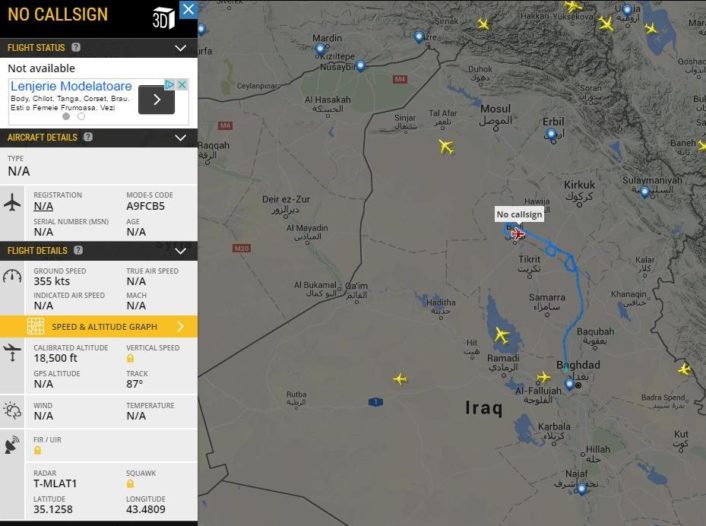 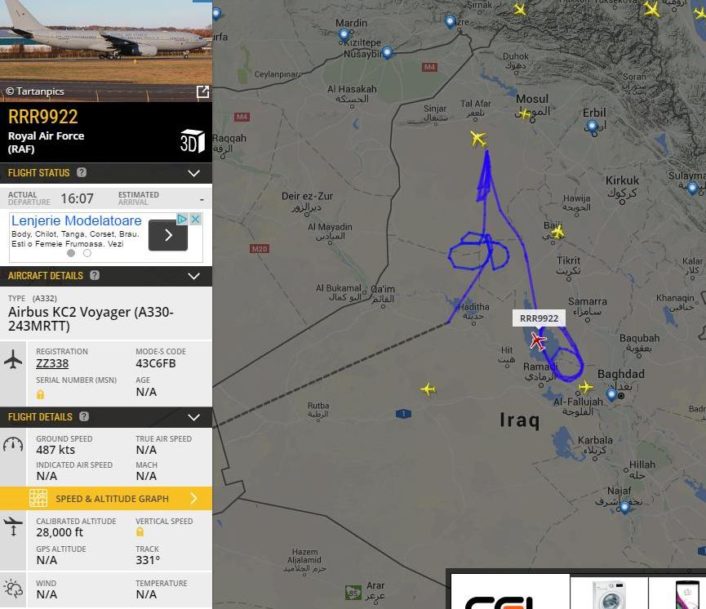 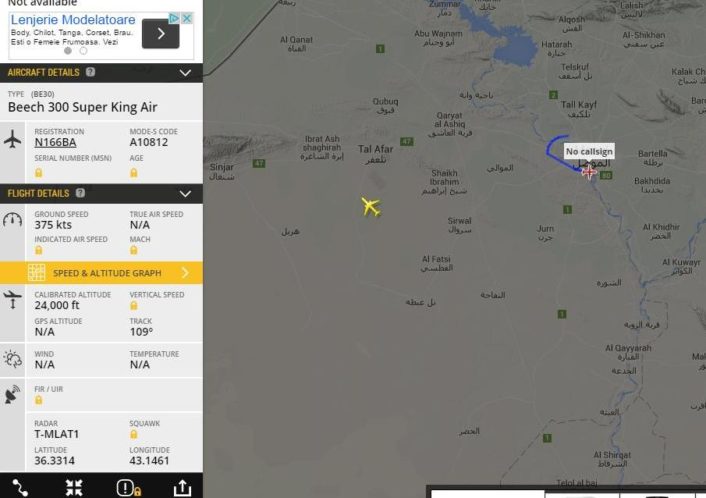 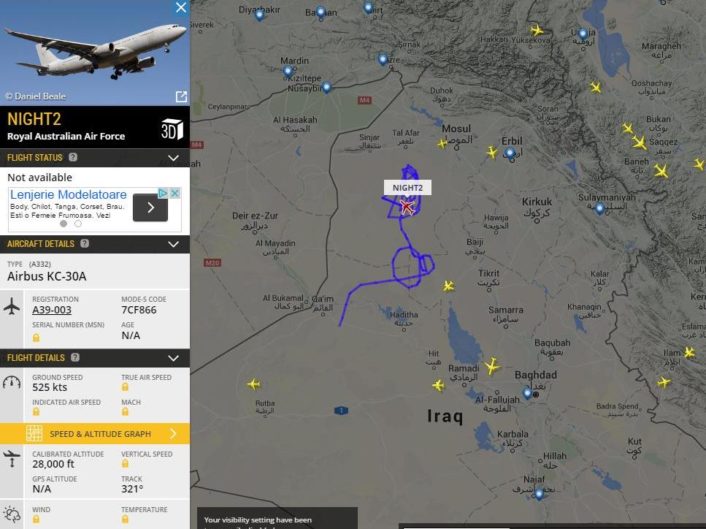 Here below you can find the links to the flight histories of those missions:

H/T Andrei Musescu for the heads up and Flightradar24.com screenshots.