A GoPro photo can provide many details.

MigFlug is a company that offers fighter jet flying experiences in wide variety of aircraft in Russia, Europe and North America, during a Edge of Space mission with their MiG-29 Fulcrum.

This interesting photo taken by MigFlug videographer Artur Sarkisyan shows the upper end of the Edge of Space flight profile (click below to enlarge).

Here’s the meaning of the points on the image: 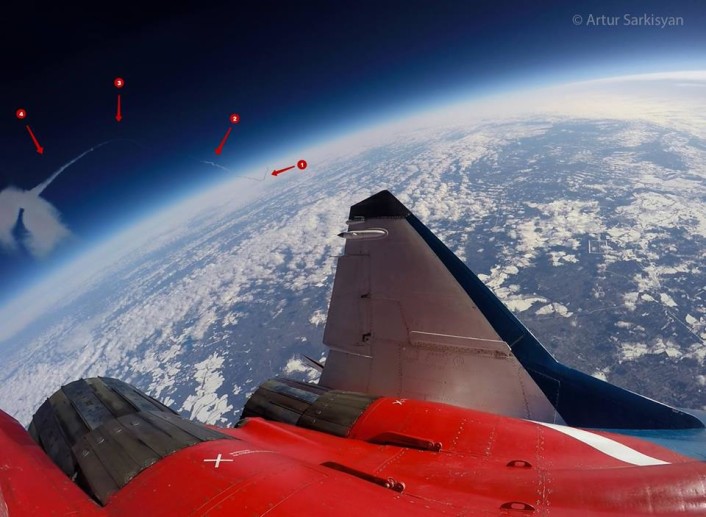 Russian planes that operate close to airspaces of northern European countries pose a threat to civil aviation. A civil plane, en route from Denmark to Poland, almost collided with a Russian spyplane minutes after departure, […]

Here are Some Great Aviation Book Recommendations for the COVID-19 Quarantine.

Here is what The Aviationist  Suggests You to Read During the Quarantine, Isolation or Stay at Home period. During our Instagram Live Story show on Tuesday, March 24, David Cenciotti and Tom Demerly got ideas […]