As a consequence of the explosion, the warship was showered with debris that sparked fire on the port side of the destroyer.

According to the report published by USNI News, that obtained the pictures of the explosion, The Sullivans was involved in a missile exercise along with the guided missile destroyer USS Carney (DDG-64) which was not damaged during the incident. 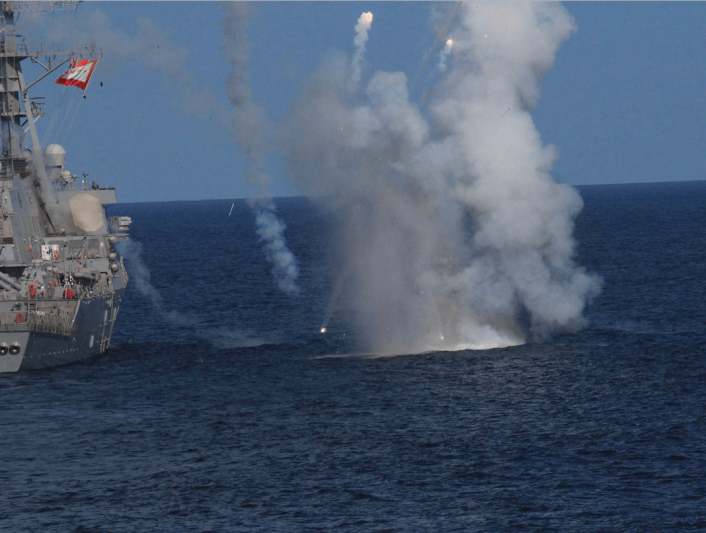 There were no reported injuries.

“The SM-2 Block IIIA, first fielded in 1991, was developed to not only handle traditional air threats like fighters but was modified to interdict sea skimming targets like cruise missiles. […] While the Navy didn’t comment on why the missile failed, the photos point to a problem with the rocket engines that drove the SM-2,” USNI Editor Sam Lagrone explained in his post.

Pardo’s Push: How A U.S. F-4 Pushed Another Phantom Outside Of North Vietnam’s Skies

The famous episode when a USAF F-4 pushed another Phantom outside North Vietnam airspace. Developed as interceptor in response to the need of the U.S. Navy to protect its aircraft carriers, in 1963 the U.S. […]

B-Roll of Navy Aircraft being departing and landing on a U.S. aircraft carrier

According to Wiki, a B-Roll “is the supplemental or alternate footage intercut with the main shot in an interview or documentary.” In this case, the alternate footage shows aircraft being launched and recovery aboard USS […]