Have you put aside some 5 million USD? Then you can buy a Tupolev Tu-95 Bear.

The item is listed as used but shipping cost from Ukraine is included. The “Buy it Now” price is set to 5M USD but you can bid starting at 3M USD.

According to the seller (a company headquartered in Switzerland with “locations” in Germany and the Ukraine whose field of activity “includes the production and distribution of goods and raw materials from Ukraine and the rest of the world”) the Tu-95MS, a variant known as Bear-H and capable to launch the  Raduga Kh-55 cruise missile, is not brand new, was “collected” in Ukraine and can be shipped from Harbour of Nikolaiev or Odessa.

Even though the Ukrainian Air Force does not operate any Bear right now, Ukraine got one unit of Tu-95 after the dissolution of the Soviet Union: twenty three TU-95MS, one TU-95K and one TU-95M aircraft were passed to Kiev and were subject to decommissioning under the provisions of the START-1 treaty.

Noteworthy, 11 strategic bombers and 600 air-launched missiles were exchanged by Ukraine to Russia in payment for the gas debt in February 2000.

The aircraft shows signs of both the Soviet red star and the Ukrainian Air Force roundels formerly applied to the plane. 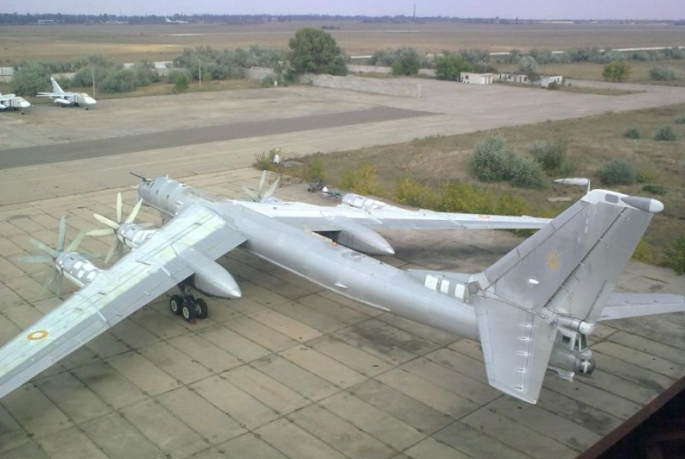 A Tu-214SR circling from a few hours over Sochi for the opening ceremony. The Tupolev Tu-214SR is a Special Mission Aircraft of the Russian Air Force. Although few details about this special plane are known, […]

The Sukhoi Su-57’s engines generate a peculiar noise; a sort of “howl”. We have already talked about the peculiar engine sound of the Su-57 Felon, Russia’s 5th generation aircraft earlier this year, commenting a video […]