The following images were shot at Marine Corps Base Quantico, Virginia, on Dec. 15, 2013, when students from the Infantry Officer Course (IOC) completed a “Proof-of-Concept” 1,100 mile, long-range operation from Twentynine Palms, Calif., to Fort Hood, Texas via MV-22 Osprey tilt-rotor aircraft. 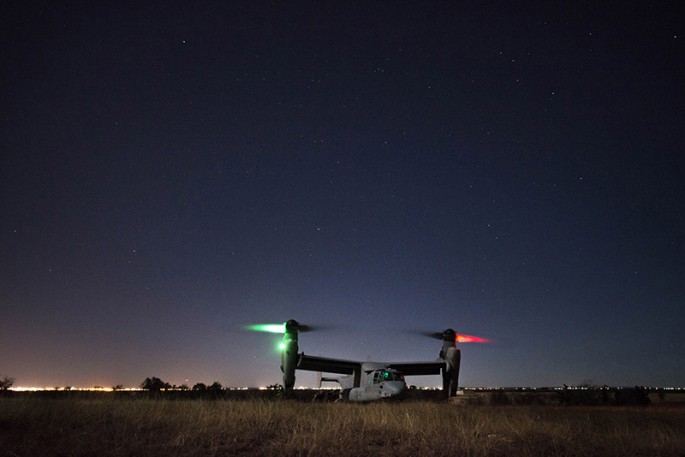 The Marines used the Osprey to fast-rope into a mock city, secure the embassy and rescue key U.S. personnel. 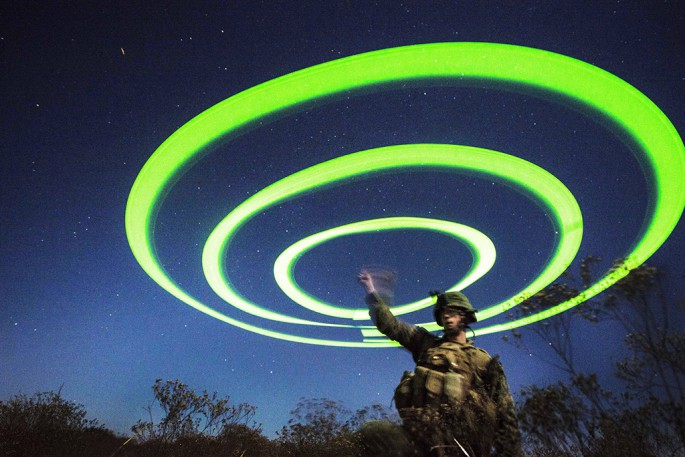 A CV-22 Osprey of the AFSOC (Air Force Special Operations Command) was hit by ground fire during an evacuation mission in South Sudan few weeks ago.

On Jun. 14, a U.S. Marine Corps MV-22 Osprey made a landing aboard a Japanese ship near U.S. West Coast. The Osprey landed on a Japanese heli-carrier-destroyer Hyūga, during a 18-day exercise. Taking into the […]

An interesting image was just released by the U.S. Marine Corps. It was taken on Sept. 14 and shows an MV-22 (most probably about to land on the local pad or – less likely – […]