After a badly blurred photo of the J-20 weapons bay surfaced, eventually the undoctored version of the image has appeared on the Chinese Internet.

The following image, sent by a reader, shows the J-20 with an open weapons bay with two PL-12 air-to-air missiles (one seems to be a PL-12B, the other could be either a PL-12B or C with folded/removed wings). 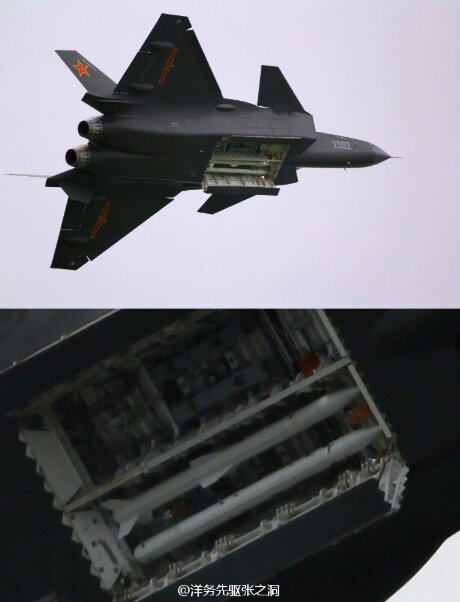 The following Google Earth screenshots were taken by The Aviationist reader Nicolae Sinu. They show the airfield in Tibet where five Chinese J-11 fighter jets (indigenous Su-27 Flankers) appear to be based. The base is […]