After the stunning video of hundreds of green laser pointers dazzling a Mil Mi-8 Hip chopper during the protests in Tahrir Square, Cairo, here’s an impressive photo showing the same treatment reserved to an AH-64 Apache attack helicopter. 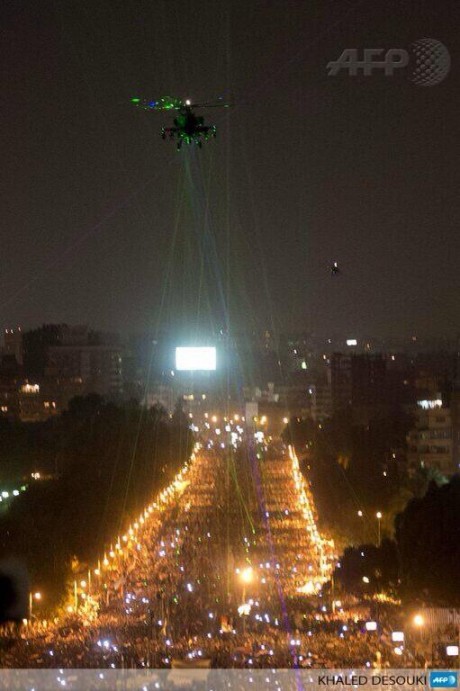 The risk in similar situations is that the pilot in the cockpit is blinded by the laser and suffers spatial disorientation that can be quite dangerous, eventually leading to the helicopter crashing on the protesters.

Here below, another impressive screenshot showing the Hip literally painted by the green laser pointers. 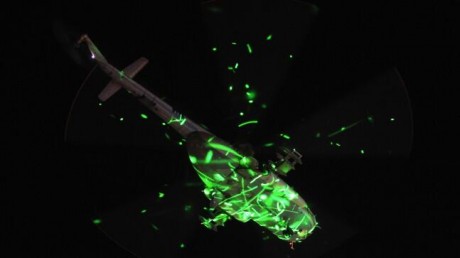 H/T to Ronald Elzenga for the heads-up and to Sami (@exo) for the new Mi-8 image.

In-car camera captured the last moments of an AH-64E Apache helicopter which crashed into a residential builiding in Taoyuan County, Taiwan. On Apr. 25, at 10.05LT, a Republic of China Army Aviation AH-64E belonging to […]

[Photo] Man-carrying, under-wing pods capable of being fitted to fighter jets and helicopters

It’s almost impossible to imagine the self discipline required to be stuck inside one of those for long periods of time but, believe it or not, Exint pods, man-carrying pods designed to be carried by […]

Let’s have a look at the EXINT pods, man-carrying pods for combat aircraft. It’s almost impossible to imagine the self discipline required to be stuck inside one of those for long periods of time but, […]