The following thermal images were released on Twitter by the Massachusetts State Police, show the Boston Marathon bombings suspect Dzhokhar Tsarneav hiding in a boat in a Watertow backyard during Apr. 19’s manhunt. 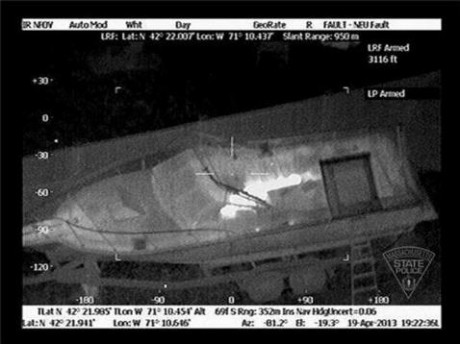 The helicopter was able to pick up the heat signature of the individual even if he was hiding under a cover on the boat, and direct tactical teams on the ground over to the area. 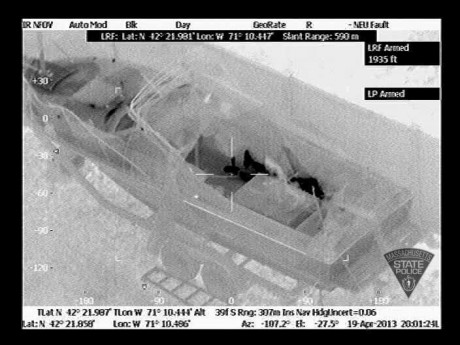 Modern IR (infrared) cameras are extremely sensitive to heat: they are capable to pick different temperatures at very long distances. They can pick up heat on a wall from where a hand was placed for a few seconds and show its thermal signature.

You can’t hide from these cameras unless wearing special reflective materials/suits, capable to minimize heat gain and loss.

Farnborough 2012: This is the most advanced flight helmet, ever. The F-35’s Helmet Mounted Display System

The one depicted in the following pictures is the most adveniristic combat pilot’s flight helmet ever developed. It is called “HMDS Gen II” and it is produced by Vision Systems International (VSI), the same company […]