The Saab J-35 Draken is one of the most famous Swedish aircraft, ever.

However, its particular double delta wing configuration was something never seen before in the ’50s and, in order to move towards that new shape, a special test-bed scale model was developed.

The experimental aircraft, that was given the designation Saab 210 Lill-Draken, was scaled down to 70 percent of the planned size and was then used to test the low speeds flight characteristics and to validate the assumptions made before undertaking full-scale construction.

The weird flying machine (a flying saucer-plane-car hybrid) made its maiden flight on Jan. 21, 1952, piloted by Bengt Olow

According to SAAB, their first and only experimental aircraft in history (currently on display at the Air Force museum in Linköping, Sweden) “performed around 1,000 test flights over four years. The results provided valuable experience during development of the Saab 35 Draken.” 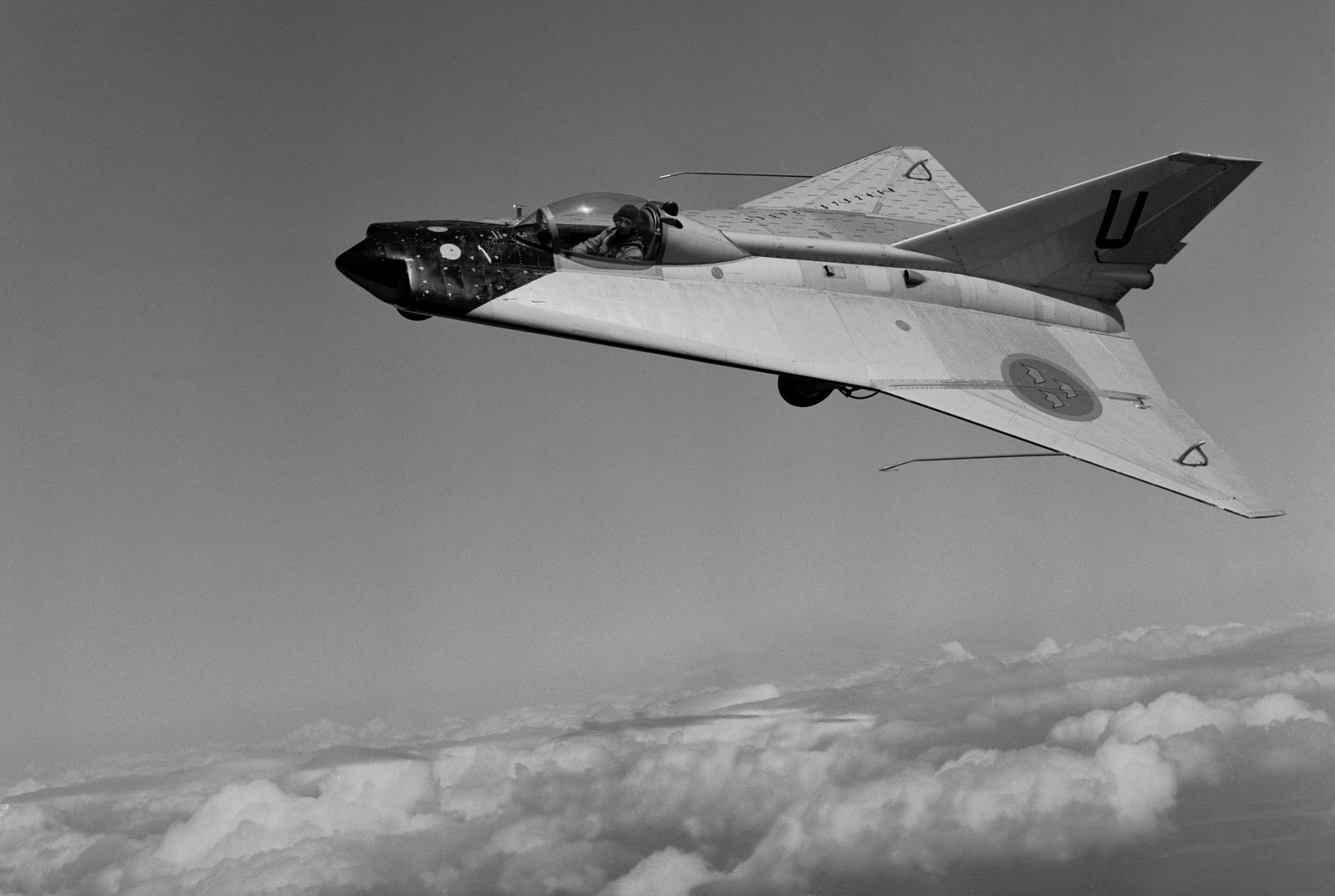 All The Highlights of the Spectacular Aerobaltic 2018 Air Show in Gdynia, Poland.

Many interesting warbirds have taken part in the Polish airshow. Last year the Polish Aeropact company organized the first edition of a beach air show, known under the name Aerobaltic in Gdynia. The show took […]

Saab’s new AEW&C aircraft has successfully completed its maiden flight. On Mar. 14, Saab GlobalEye, a modified Bombardier Global 6000 jet turned into surveillance platform, took off on its first flight at 12.52 LT from […]