The following air-to-air photo shows an F-35B, the STOVL (Short Take Off Vertical Landing) version of the Joint Strike Fighter, during a test flight.

Maybe it’s because it was taken as it was extending the landing gear with opened lift fan doors for vertical flight, but don’t you think the most costly aircraft in U.S. history looks like a Transformer in the act of transforming? 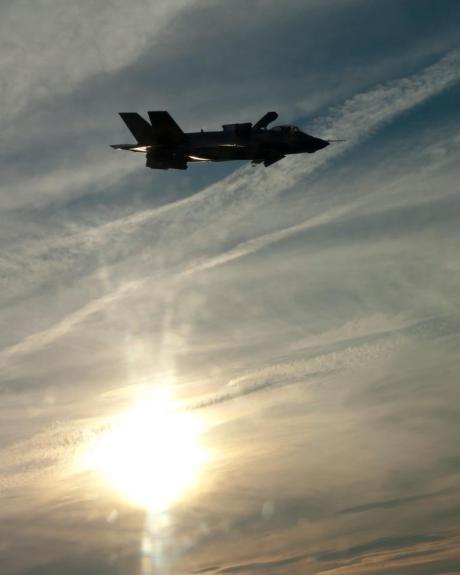 About David Cenciotti 4132 Articles
David Cenciotti is a freelance journalist based in Rome, Italy. He is the Founder and Editor of “The Aviationist”, one of the world’s most famous and read military aviation blogs. Since 1996, he has written for major worldwide magazines, including Air Forces Monthly, Combat Aircraft, and many others, covering aviation, defense, war, industry, intelligence, crime and cyberwar. He has reported from the U.S., Europe, Australia and Syria, and flown several combat planes with different air forces. He is a former 2nd Lt. of the Italian Air Force, a private pilot and a graduate in Computer Engineering. He has written four books.
Website

The U.S. Air Force is deploying the F-35A Lightning II aircraft to Europe this weekend

RAF’s legendary Squadron disbanded 71 years after famous raid over Germany. Will reform and get F-35s in a few years. Royal Air Force’s 617 Squadron known as the “Dambusters”, from the daring night missions against […]