Few months after releasing a cool self-portrait of an F-15I backseater during an inverted climb, the Israeli Air Force has just released another interesting picture.

The picture show an F-15I’s WSO (Weapon System Officer) as his plane breaks from a formation (whose remaining two elements are visible above the aircraft in foreground).

The photograph provides a close-up view of the DASH (Display And Sight Helmet) helmet and its shape.

As all the others HMDs (Helmet Mounted Displays) DASH helmets enable pilots to aim weapons against enemy aircraft merely by pointing their heads at the targets: aircraft’s airspeed, altitude, weapons status, aiming etc is in fact projected onto the visor so as to enable the pilot to look out in any direction with all the required data always in his field of vision. 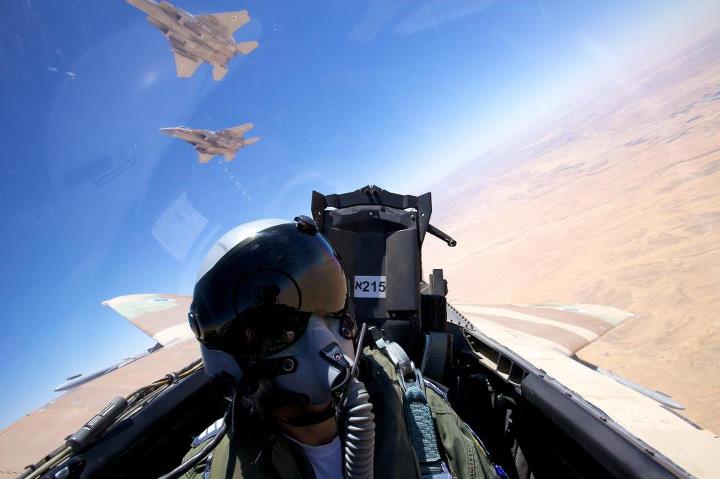 A 007-style of mission to capture a MiG-21 in the 1960s. Built in more than 11,000 examples and acquired by countless countries around the globe, the Mikoyan-Gurevich MiG-21 was introduced in several Arab arsenals in […]