Although quite blurry, it shows a Brazilian Air Force AMX A-1 buzzing what I initially thought could only be a helicopter but I later identified as the rooftop of the Holiday Inn Sao Paulo Parque Anhembi, during the traditional race fly-over.

Even if the zoom may give the impression that the fighter bomber is closer than it actually was, I still believe that watching the combat plane and his wingman (not visible in the picture) from the top of the hotel during the fly-by must have been a memorable sight.

At least for an aviation geek. 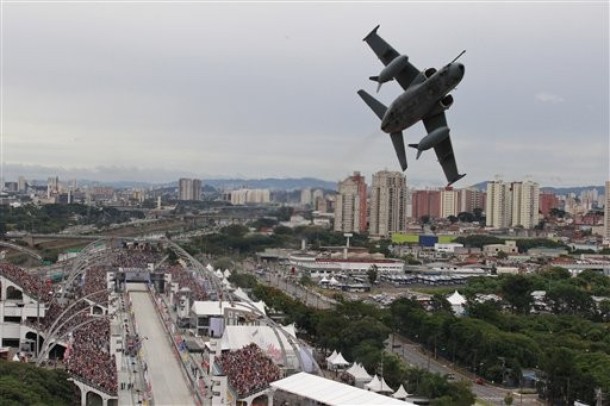 First Brazilian Gripen-E Flies For The First Time In Brazil

On Jul. 1, 2012, at around 10:20 local time, the windows of the Supreme Court and Congressional buildings in Brasíla, Brazil’s capital, were shattered as two Mirage 2000 fighter jet performed a flyover during the ceremony […]