At 10.00 am local time on Mar. 8, the walls of a compound near Birnin-Kebbi, North West Nigeria, came crashing in: it was the start of a combined operation between British and Nigerian troops to free two hostages in the hands of the Boku Haram terrorist group: the Italian Franco Lamolinara and the British Christopher McManus.

A Nigerian army armoured personnel carrier (APC) had just driven into a building in the compound gaining access for a squad of British SBS (Special Boat Squadron) troops to enter the building and rescue the two captive engineers.

What took place after the squad of 6-8 soldiers entered the building is still unclear: some reports say that there was a short firefight some say it went on for a few hours. According to others, the shooting lasted some 7 or 8 hours.

The outcome was that the two hostages were found dead probably murdered by their captures. The Nigerian Army had set up as cordon around the area to stop any Boko Haram members escaping indeed 8 were killed in the ensuing gun battle whilst a further 5 were arrested. 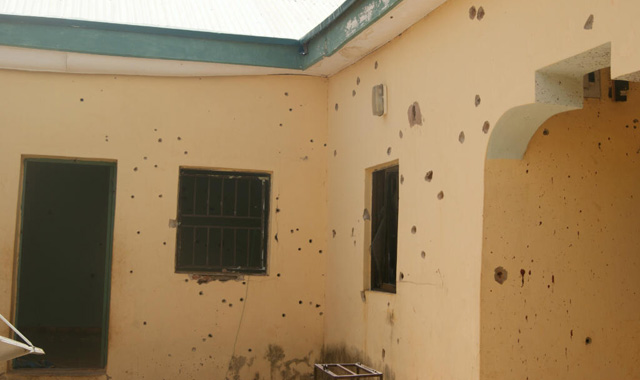 The failed rescue operation sparked tension between the UK and Italy, whose goverment wasn’t informed of the raid until it was in progress: maybe there wasn’t enough time or, most likely, it is possible that London did not want Rome to veto the use of force (even if a British PM spokesman said that the possibility of a raid had been raised in previous discussions with the Italian government and that no objection had been voiced), considered that Italy has always paid a ransom to have its hostages freed in recent years.

Nevertheless, such raids should be cleared by all the goverments of the kidnapped ones. As happened in 2010, when the UK Prime Minister David Cameron and Foreign Secretary William Hague were prompted by intelligence to approve U.S. special forces attempt to rescue the Scottish Linda Norgrove, during which she was killed (by a grenade thrown by one of the rescuers).

Following  Norgrove’s death David Cameron had said: “…Decisions on operations to free hostages are always difficult. But where a British life is in such danger, and where we and our allies can act, I believe it is right to try.”

Diplomatic relations aside, the failed raid in Nigeria leaves some things unexplained:

1) the raid took place in day light conditions whereas this kind of operation is always performed in the darkness of the night, to exploit the surprise effect. Most probably, the Special Forces had to intervene in the morning because intelligence highlighted the risk of hostages being moved elsewhere or, it is also possible that, considered that such raids always take place at night, the only way to exploit the surprise the terrorist was to act in broad day light.

2) the operation didn’t involve helicopters that ensure quick infiltration and exfiltration of the special forces (as well as a quick evacuation of wounded ones, if required) but annouce the arrival of the troops way before they arrive. An APC is hardly quiet though.

What emerges by the analysis of the failed raid is that risks for the hostages and danger posed by the terrorist group were probably underestimated. As some experts pointed out, the rescue bid was conducted as a sort of police combing operation rather than a real special operation effort against a highly defended building.