This week, the 337th Test and Evaluation Squadron based at Dyess Air Force Base, Texas, has completed a compatibility test of the BLU-129 on the B-1 bomber over the Utah Test and Training Range.

The BLU-129 is a variant of the 250lb small diameter bomb in which the usual iron body has been replaced by a carbon-fibre body along with some changes to the explosive compound. The result is a munition that is very effective in an urban environment:  the carbon body disintegrates rather than fragments reducing the risk of collateral damages. This increases the explosive force in a confined area but largely removes the shrapnel issues further out from the target.

The munition tested on the B-1 is a larger 500lb version, and depending what nose/tail kits are attached, the munition can be a GPS-guided JDAM or a laser guided Paveway smart bomb.

Talking on the Air Combat Command website, Major Thomas Bryant 337th TES (Test and Evaluation Squadron) said “The weapon itself has already been validated, the goal of this test was to verify if a B-1’s software would be compatible with the weapon. We wanted to compare the blast effects between our 500-pound GBU-38 with a metal body as opposed to the BLU-129 with the carbon-fibre body.”

High speed cameras were used to see the differences in the targets destruction and the blast effects between the two munitions.

“Successfully accomplishing this test proves the B-1 is fully capable to employ this weapon” added Bryant. “In today’s fight, precision and accuracy are everything. Being able to take out a target while minimizing collateral damage gives combatant commanders a wide range of flexibility.”

It’s also worth pointing out that the weapon can be fitted to all of the guidance kits making the B-1 the ideal platform for the new weapon.

The adaptation of the BLU-129 and the Sniper pod along with the fact the weapon load out can be mixed will give much greater flexibility during combat missions.

Bryant’s final comment and a glowing reference to the aircraft was “If an aircrew needs to engage an enemy in an urban environment as well as destroy an entire enemy compound within a single sortie, only a select number of Air Force aircraft have that ability, with the B-1 bomber at the top of that list.”

Such senario’s are common place during sorties over Afghanistan where a B-1 can remain on call over enemy airspace for many hours. Therefore, it’s safe to say this weapon will be installed into the B-1’s weapons bay sooner rather than later. 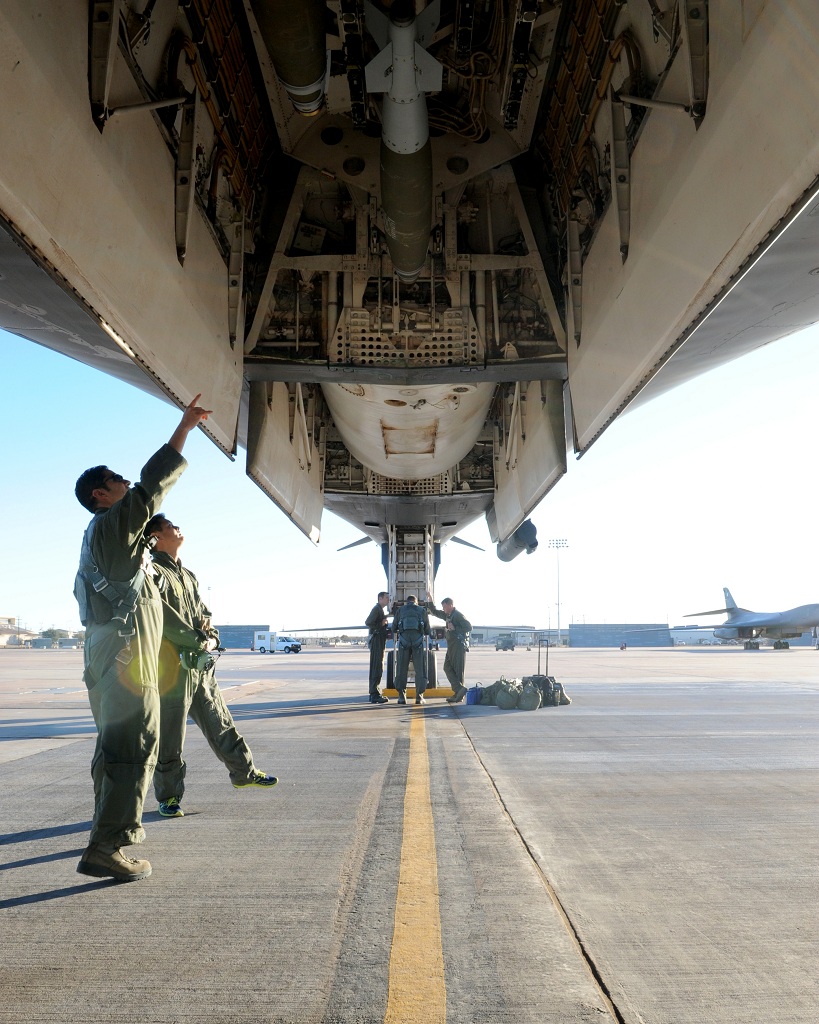 Predator UAVs have often been the subject of articles published on this site as drones are some of the emerging technologies of the modern battlefield. Recently, the Aeronautica Militare opened the Ground Control Station (GCS) […]

Almost unbelievable but true: a French Tiger helicopter lands on a Libyan beach to pick up a Free Libya flag

When I first was asked if I had news about the episode I thought of a hoax. I could not believe that any NATO chopper involved in Operation Unified Protector would ever dare to land […]