On Oct. 29, two warships of the Republic of Korea Navy or ROK Navy (ROKN) involved in a training campaign in the Indian Ocean and the Mediterranean met with the Italian aircraft carrier Cavour in the Ionian Sea, 60NM from the Italian coasts, in what has been the first Passex (Passage Exercise) between the two navies. 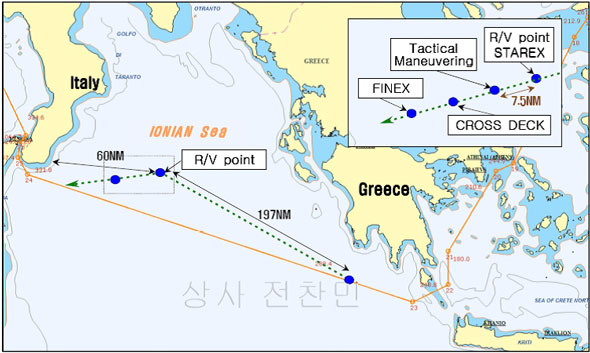 The South Korean naval group was made by the Kang Gam Cham, a class Chungmugong Yi Sun-sin destroyer, and by the Cheonji, a Fast Combat Support Ship of the same class.

After a first radio contact on the radio, the ships have performed a series of tactical maneuvers which included take off and landing operations on both vessels by an Italian helicopter.

During the joint drills, the Italian Air Force and Navy F-35B integrated aboard ITS Cavour for the very first time and also landed on HMS Queen Elizabeth. A joint exercise, involving both the Italian Navy […]

Watch This: U.S. Navy Pilot Doesn’t Even Blink While Flying The Ball All The Way To Touchdown On Aircraft Carrier

This video from a U.S. Navy pilot really gives an idea of the amount of mental focus required to perform a trap landing on an aircraft carrier. Rob Roy is an active duty U.S. Navy […]