Although it’s hard to believe, I’m almost sure that the Stealth Black Hawk that crashed during the Osama Bin Laden raid has never been officially or unofficially named “MH-X”. Still, if you google “MH-X” you’ll find thousands articles that give it as the designation of the Stealth chopper project.

So, how’s this weird designation become so widely known? Simple: it was derived from the file name I and Ugo gave to very first version of the rendering of the Black Helicopter. We named it MH-X because we thought it was an upgraded MH-60 but since we didn’t know which could be the exact desigantion we used the “X” meaning a mysterious number.  So all the files with the renderings of the helicopter that I’ve uploaded to this website were all named mh-x.jpg or mhx-2B.jpg or mhx-2011 (sometimes with numbers used to identify the different revision: for example mh-x3.jpg, mh-x4.jpg, mh-x4 new2, etc.).

Noteworthy, even for the artwork prepared for AviationGraphic.com website we used the designation MH-X even if it was clearly fictional! 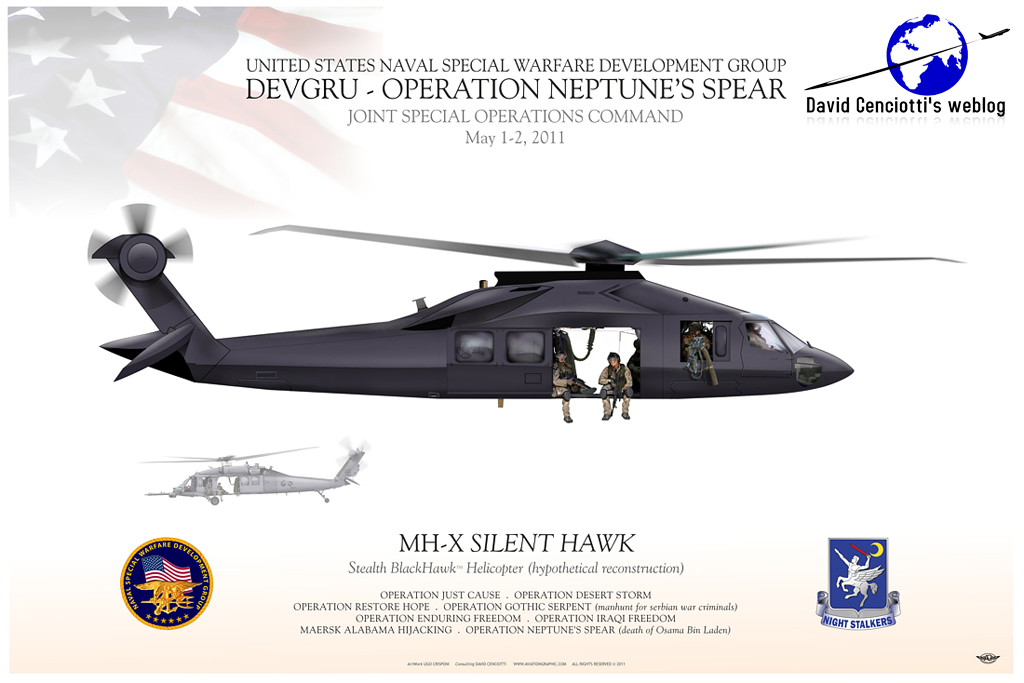 By the way, the last one is named MH-X-2011_I and, unlike the F-35I, the “I” suffix doesnt identify any special version developed for Israel….

Hence, unless some of my readers will be able to prove that the MH-X project existed before we used it (in fact, I can’t completely rule out the possibility that we used the correct designation by accident) I’m becoming increasingly convinced I should write it MH-X™ :)

In the meanwhile, since you may be interested, here’s the “story” of the MH-X concept since the beginning.

On Dec. 23, at 14.11 Local Time, Chinese medium lift utility helicopter dubbed Z-20 made its first flight. As the image (published on a Chinese Internet website and then made available by Alert5) shows, the […]