The following picture, taken by contributor Giovanni Maduli, were not Photoshopped. They show the Thunderbirds opposing solos F-16s performing their famous mirror passes (belly-to-belly calypso pass and inverted one) at Jesolo Air Extreme 2011. From his very unique point of view, slightly different from mine (read my previous reports Thunderbirds condensation clouds, rehearsals and airshow to compare pictures), he got a picture (the first one) seemingly showing the two solos touching each other with the top of their tails. 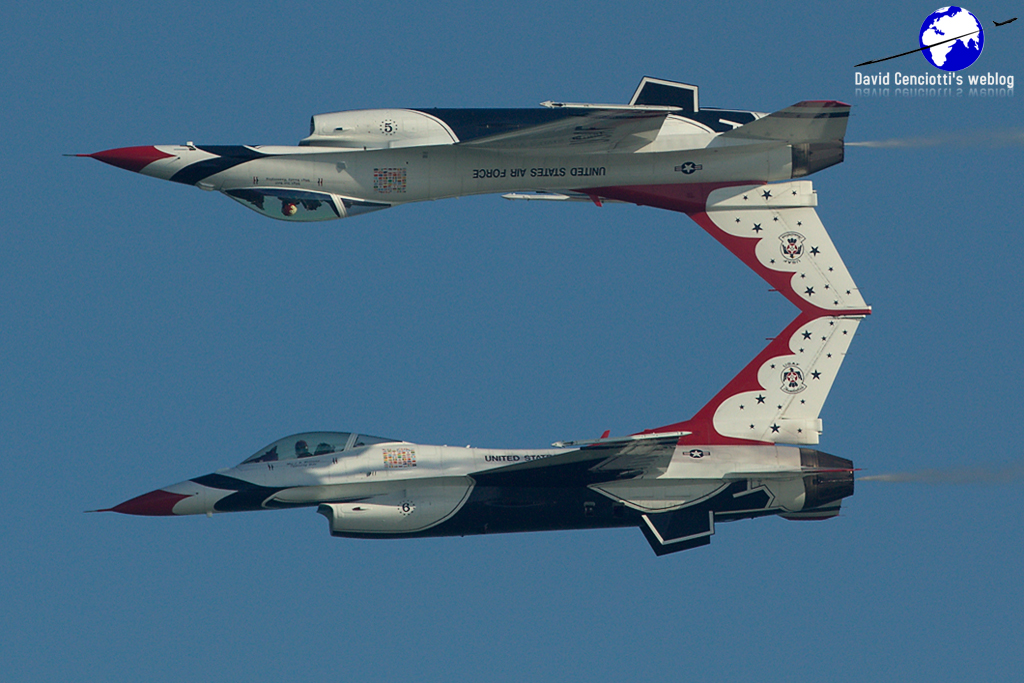 Here’s the same pass, taken by me from a slightly higher spot, showing how the opposing solo have to arrange their respective positions to appear aligned to the spectators’ eyes observing the flyby from the ground. 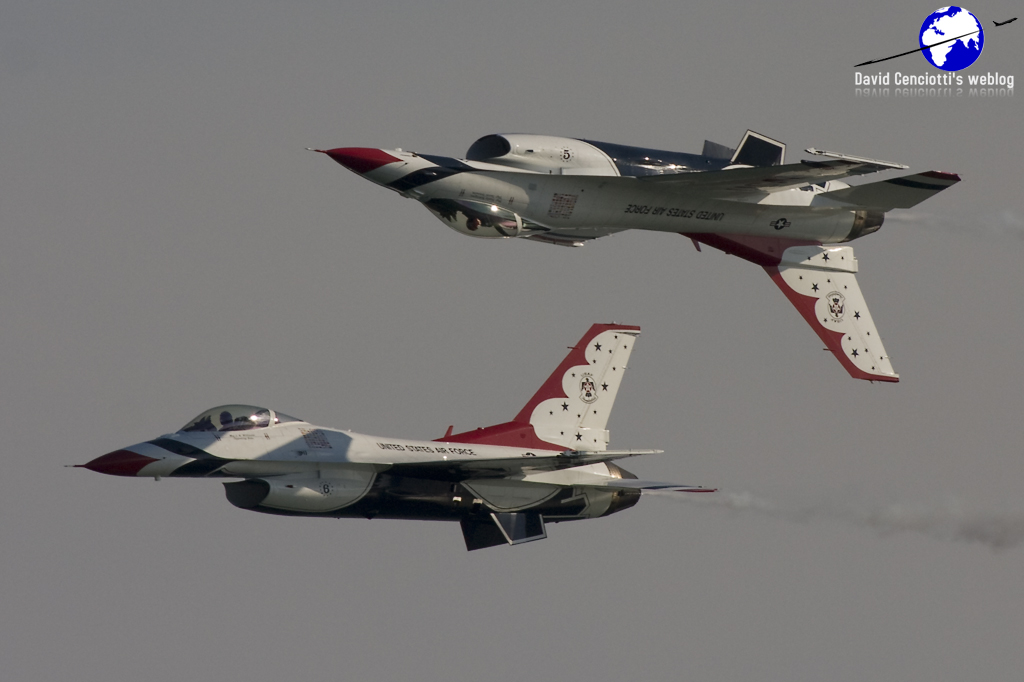 People that are not used to see a USAF demo team display always wonder why Thunderbird 5 has its number painted on upside down: as these pictures show, in mirror flybys, the inverted F-16s is always number 5. Since that solo flies inverted most of the routine, its “5” almost always appears in the correct position to observers on the ground. 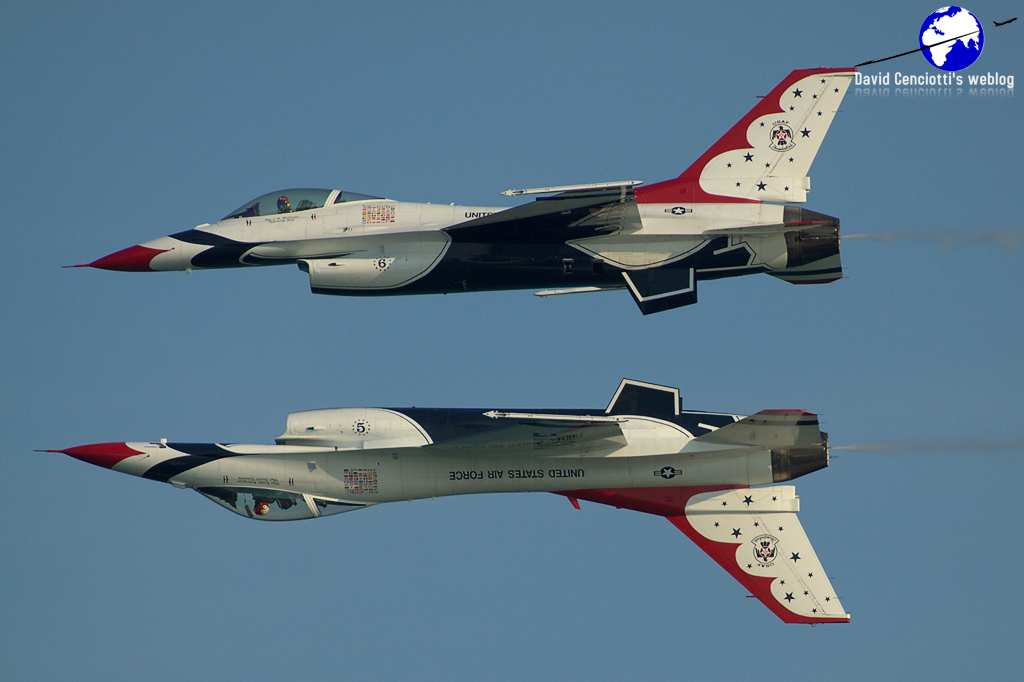 Top Aces Aggressor F-16 Flies For The First Time In The U.S.

The former Israeli F-16 flew from the Top Aces’s facilities at Phoenix Mesa Gateway airport and is the first 4th generation fighter flown by private “Red Air”. The Canadian company Top Aces performed on May […]

The final F-16 Block 52 fighter jets ordered by Morocco were delivered last week when three “Vipers” (nickname of the F-16 within the fighter pilot community) left Lockheed Martin production facility at Ft. Worth to […]